Though some sidekicks are considered to be just as iconic as the heroes they aid, others have fallen to the wayside, almost vanishing from popular culture completely. These sidekicks were once in the limelight but had it taken away, often for very good reasons. 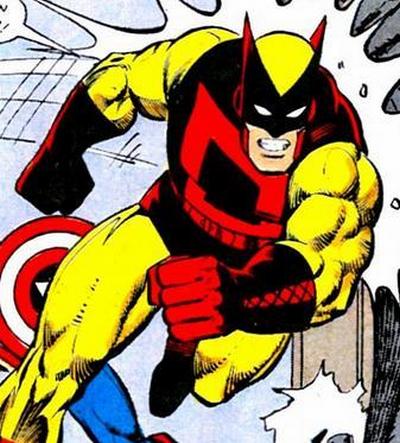 As Seen In: Daredevil, Captain America

As an aspiring athlete, Dennis Dunphy undergoes strength augmentation from the questionably named Power Broker, Inc. to the point where he can lift fifteen tons. Unable to think of a reasonable scenario where he would need to lift fifteen tons, he returns to the world of sports only to find that other badminton players are made very uncomfortable by musclebound men. Now too strong for normal athletes, he joins a wrestling league for super-beings like the Beyonder and the Thing. 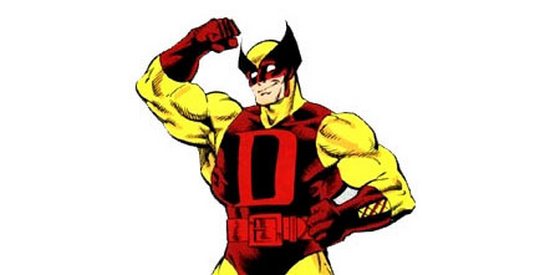 After the super-being wrestling league collapses (who would have guessed there wasn’t a market for that?) he becomes one of Captain America’s many, many sidekicks. After he is abducted by Power Broker and forced to undergo strength augmentation again, the strain of his new rippling abs causes a heart attack. Now a sidekick to the unsung hero ‘Heart Failure’, Demolition Man settles with managing Captain America’s hotline, making him the first super-secretary in the history of fiction. 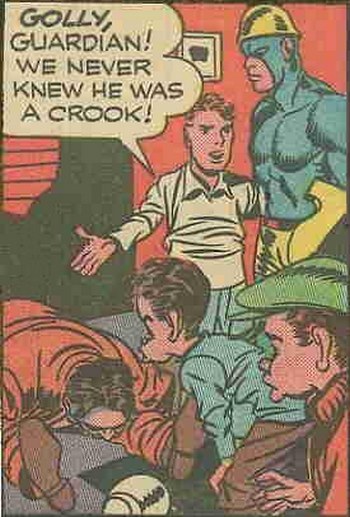 As Seen In: Star Spangled Comics

As their name would imply, the Newsboy Legion are a band of newsboys who eventually fight crime alongside the Guardian who, coincidentally, was a police officer by day as well as the boys’ legal guardian. The Guardian takes on his persona to sidestep some of the legal issues a police officer might encounter while on the job.

To better understand any of the above paragraph, you should know that Star Spangled Comics was published during the 1940s. The only requirements for comics during this time period were a bitchin’ U.S. Flag somewhere on the cover and villains who, not matter how well armed, were completely incapable of hitting anything with bullets. This is the only possible scenario where newsies are capable of dispensing justice. 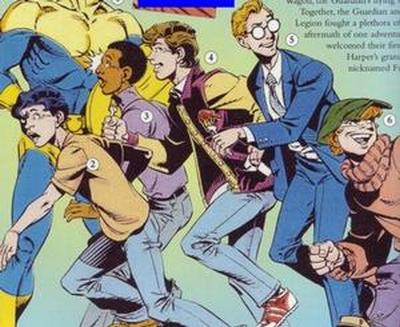 The Newsboy Legion consisted of four members: Gabby, who never stopped talking, Big Words, the genius and two-time Upwords champion, Scrapper, an ugly child with absurdly large fists, and Tommy Tompkins, the leader. Ignoring that four people hardly makes a legion, a closer analysis of the roster quickly reveals that Scrapper is really the only one needed for stopping the average street thug. We’re pretty sure Gabby’s just a talking team anchor anyway. 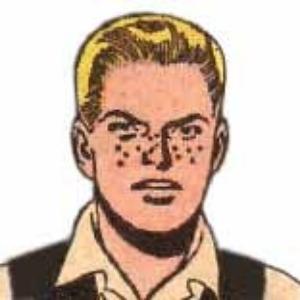 Not a sidekick in the conventional sense of the word, Pete Ross was Clark Kent’s best friend during his childhood years. After he see’s Clark change into Super-Boy one night he dedicates the rest of his life to keeping that secret to himself. Instead of selling his story to the tabloids and living it up in a solid gold mansion he helps Clark by causing distractions when he needs to change into Super-Boy but can’t find the nearest phone booth. 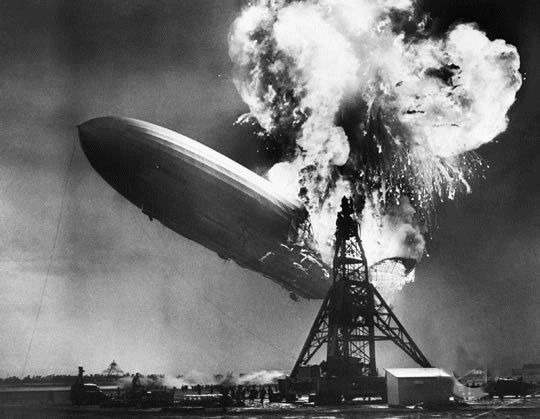 Ross was made an honorary member of the Legion of Super Heroes during his teenage years because he never spilled the beans about Super-Boy. That’s pretty flimsy reasoning for making someone a super-hero, though; you’re fighting guys who can shoot lasers from their eyes, control the flow of time and bench press yachts but you know, don’t worry because this guy is good at keeping secrets.