Getting out of a marriage can be as simple as filing for divorce or it can be as creative as those who didn’t only want to stand by their man, but they also didn’t want to leave their man standing.

Claudius the fourth Roman Emperor also known as Tiberius Claudius Caesar Augustus Germanicus was in the midst of big marriage problems with wife number five Agrippina. He was heard publicly to complain about his bad luck in marrying so many disagreeable women. This might have spurred Agrippina into action not so much out of a need for vengeance as a fear from losing out on the position. She saw herself and her son trying to occupy when Claudius was out of the picture. He was also making statements regarding reconciliation with son Britannicus which would have knocked Agrippina’s son Nero out of the running for ruler of Rome. She needed her husband out of the way, but it couldn’t have been just logic that drove her since the poison, that was administered to him, was slow and painful. When it seemed the old man wouldn’t die quickly enough Agrippina sent in a slave with a feather to induce vomiting, claiming it would cure him. Of course, vomiting might in fact have helped Claudius if the feather hadn’t been dipped in yet more poison.

In 1925 Ruth Snyder a housewife from Queens New York decided to have her husband killed by his would-be replacement her boyfriend, Henry Judd Gray, a corset salesman. Together the pair planned her husband’s, Albert’s death, but not before Ruth talked her husband into signing a life insurance policy that would pay off extra if he were attacked and died by an act of violence. Ruth and Henry, neither of whom were exactly well read, tried various methods of disposing of poor Albert, but finally gave up when he began to become difficult to handle. The couple garroted Albert and when they failed to kill him quickly enough they stuffed rags soaked in chloroform up his nose. After Albert died in agonizing death, the couple tried to make the place seem as if it had been broken into, but the cops didn’t buy it. Cornered, the pair told on one another and both received the death penalty. Ruth Snyder was among few women to have ever been put on the death by electrocution, a far more merciful death than Albert Snyder experienced. 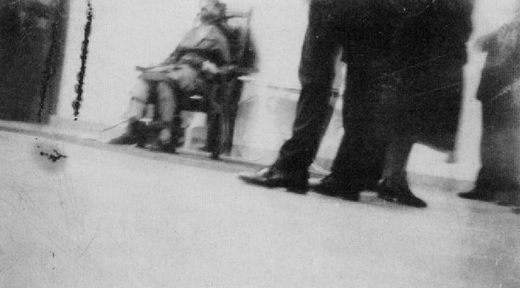 Like Ruth the pretty 23 year-old Pamela Smart tried to use her boyfriend to kill her husband. Her boyfriend and lover was only 15 at the time, but he, along with an accomplice, managed to surprise and shoot Gregory Smart as he entered his own home. Police might not have pieced together the entire murder plot if Pamela hadn’t made the mistake of forgetting that teens are notoriously bad at keeping secrets. She’s currently serving time for taking part in the murder scheme. 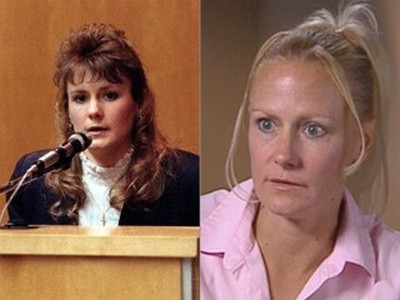 Larissa Schuster had a boyfriend, too, but being a biochemist she also had her own chemical lab. This was a bad combination for her husband Timothy who was fighting her tooth and nail in their divorce. In 2003 the 47-year-old Larissa had enough so she rented a storage unit. She and her boyfriend then kidnapped the luckless Timothy using a stun gun and chloroform to subdue him. While barely conscious, he was still very much alive but incapacitated so they stuffed his body into a barrel. Then Larissa began pouring the hydrochloric acid into the container. When the police found Timothy Schuster, all that was left of him was the lower part of his body from the belt buckle down. Larissa got sentenced to a life in prison for her heinous crime. 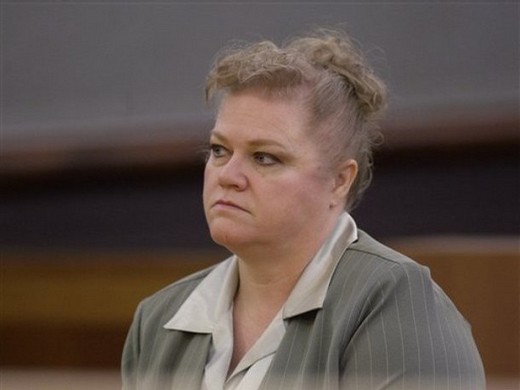 Clara Harris didn’t have a boyfriend, but she was sure her husband had a girlfriend. She hired a private detective and not only he confirmed her worst fear he invited her down to a hotel, David Harris was using for the affair. This turned into a fatal confrontation and when David headed toward his girlfriend’s car Clara snapped. She got behind the wheel of her Mercedes and ran over her husband. Then she followed the curve of the drive and hit him again as he lay on the ground. She tried to tell police that her foot had slipped and she’d lost control of the car, but the couple’s daughter who’d also been in the vehicle with her mother testified against her. Clara is serving life in prison for running over her man. 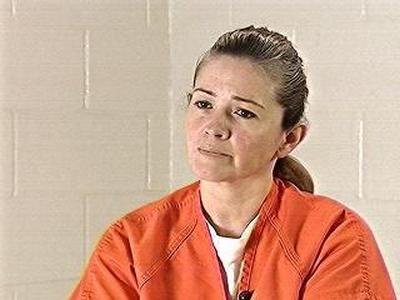