There are a few absolute necessities in life, primarily food, water, and shelter. A house will, for the most part, give someone a chance to have all of these three things in one nice, simple package. Houses, particularly these days, are generally pretty cookie cutter and tend to look very run of the mill and, well, boring. Walls, a roof, a foundation, and a toilet or two are all you really need to be part of a standard housing development. Of course, there are people who laugh in the face of such conformity, and who build and live in some of the strangest, most unique houses you’ll ever come across. Here are some of them.

Have you ever noticed that weird houses often look like something out of science fiction, and in particular Star Wars? Well, if you haven’t, we’re about to tell you they totally do, including The Bubble House, which appears to belong on Luke Skywalker’s home planet of Tatooine. You’d think from looking at this place that it was built right around the 1970’s, when shag carpet and bizarre fashion were all the rage and, well, you’d be completely right.

The Bubble House is located in Tourettes-sur-Loup, France, and has been designated a historical monument. It was even once owned by renowned fashion designer Pierre Cardin. The location of this thing more than makes up for how freaking bizarre it looks, as it sits above the coast of the Mediterranean Sea and offers panoramic views, which we suppose the rounded walls and windows lend themselves well to. It’s a unique and interesting looking home, but if you ever visit, be sure to watch out for Sand People if you venture out after dark. They’re easily startled, but will return, and in greater numbers. 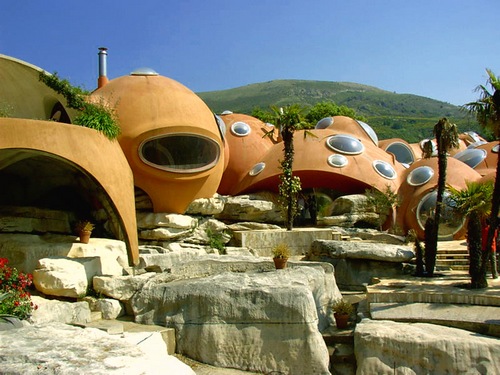 The Mushroom House sounds like a place you would find in northern California, where the girls are warm and so, presumably, is the drug climate. We’re just generalizing like crazy here. Deal with it, why don’t you? Anyway, it’s actually a home found in New York State and it’s an abode out in the middle of the woods that kind of looks like a modern take on Ewok Village, which actually sounds pretty awesome to us. You know, aside from the fact that Ewoks are basically little teddy bears we’re supposed to believe could help take down an Empire.

The house was built between 1970 and 1972, and has become so famous over the years that in 1989 it was actually designated as a landmark for the town of Perinton. It consists of four “pods” that are each about 80 tons, and each one sits on reinforced concrete to keep them elevated at around 15 feet above ground. If you were curious to know how much it would cost to buy your very own adult tree house like this, it sold this past February for $799,000, despite having an asking price of over a million. What a bargain! 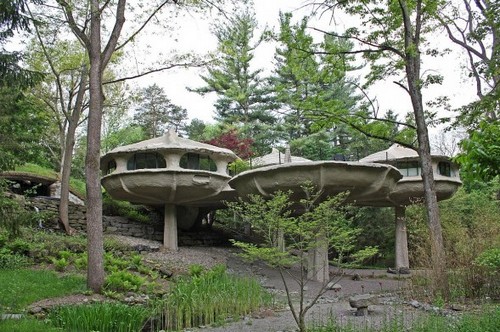 When you say “Kettle House” the first thing you probably think is that it sounds an awful lot like some microbrew or small pub somewhere, and you’re not really wrong, because there are places so named. However, in this instance when we refer to the Kettle House, we’re talking about a home in Texas that, quite frankly, is one of the strangest looking houses we could ever even conceive of. Seriously, it looks like an oversized flowerpot. Or, you know, a kettle.

This round house with few windows and limited space seems like the kind of cool clubhouse you would want when you’re just a kid, but to think that someone actually tries to get by day after day in that thing is more than a little weird. We get the strange feeling that claustrophobics need not stop by when it comes to an open house. It isn’t the tiniest house in the world, for sure, but it sure does look like one of the most confining. 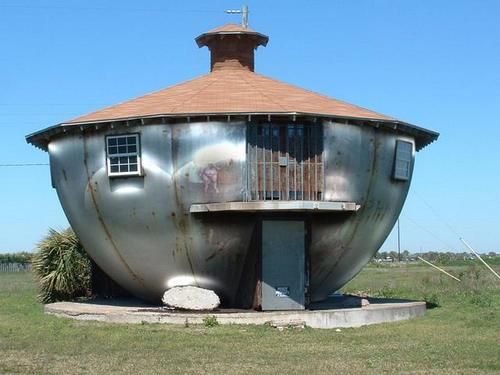 So when you hear the name “Minnesota Foam Home” you probably are not really sure what to expect. It could refer to a house that plays host to those ridiculous foam parties on a far too regular basis, or it could be a house made out of those packing peanuts that have far too much static electricity and just stick to freaking everything when you open up your latest Hannah Montana DVD from Amazon. Or, it could be neither of those things, and instead it could be a super awesome house that looks like it’s straight out of freaking Tolkien.

The Minnesota Foam Home, which boasts more than 4,000 square feet and was built in 1969, was put on the market in 2010 for an asking price of $237,000, which is pretty freaking reasonable considering the size and historic nature of the abode. We honestly have no idea if it ever sold or, when and if it did, the folks who bought it actually fixed it up or tore it down and built a more standard looking house on the property, but all we can hope is that a hobbit or two pooled their money and bought this house with a vaulted ceiling and rounded walls and are sitting in there today, smoking their pipes and hoping like crazy Gandalf doesn’t come knocking with some foolish new adventure. 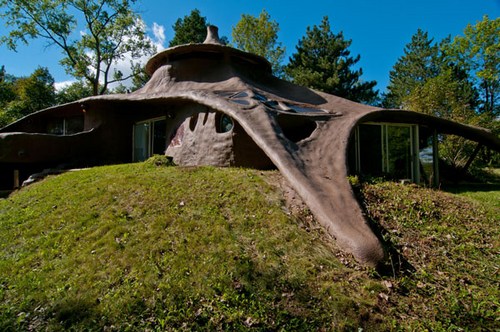 There isn’t actually one specific Monolithic Dome Home, and unlike the rest of the houses on this list, its bizarre design actually serves a very specific and tremendously important purpose. Monolithic Dome Homes are designed specifically with resisting dangerous weather, particularly hurricanes, typhoons and the like. Their round shape and the materials out of which they are constructed allow them to remain intact through extreme conditions, making them invaluable in coastal communities. Of course that is not to say that all Monolithic Dome Homes are located on the Gulf Coast or other similar areas, but you probably stand a better chance of spotting one there than anywhere else.

You’re likely to read several stories about how Monolithic Dome Homes are able to withstand hurricanes, as was the case with one such house located in Pensacola, Florida which managed to be one of the very few buildings to survive Hurricane Ivan in 2004. So the next time you’re thinking about building something really funky looking, just remember this tale and if anyone gives you any crap, tell them it looks that way for a reason, even if you have to make up exactly what that reason is. What are the chances they’ll ever get an opportunity to put it to the test, anyway? 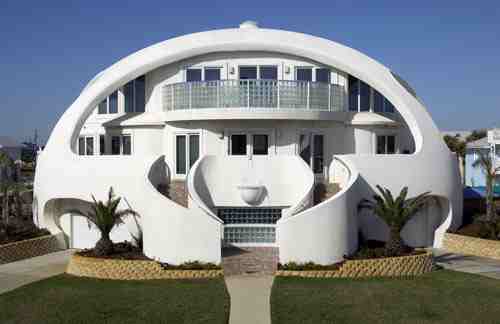