According to some kids we knew in grade school, everything everywhere is haunted. Anyone can create a little piece of folklore, and the end result is some very interesting stories about otherwise mundane places. What follows are five unusual places in America that are allegedly haunted.

Most folks would see an old tower and think “That sure is creepy,” so it’s not unreasonable to think that a place like the Devil’s Tower is haunted because just look at it: 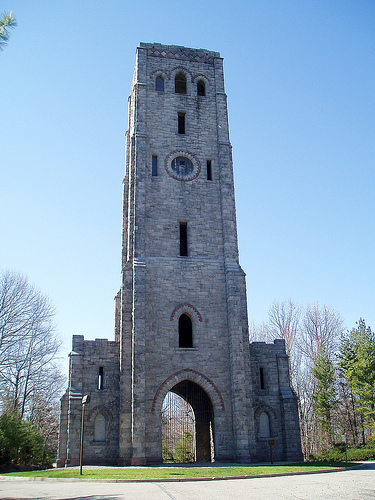 As with most allegedly haunted locales, Devil’s Tower has a fistful of origin stories. For the sake of brevity, we’re only going to focus on the best one. the story goes that a rich man living in the early 1900s built the tower for his wife so she could see the New York skyline without actually having to go to New York. One night before the tower’s completion she went to the top to find her husband with another woman. Understandably upset, she threw herself from the top. That’ll teach the cheating bastard.

Ruined by the demise of his beloved wife (whom he cared about enough to cheat on), he ceased construction of the tower and sealed the underground passage leading to the tower out of fear of her ghost. Thrill-seekers attempt to drive around the tower several times in reverse (the exact number given is six or eight in most cases). Upon the last completed trip around the ghost of the wife is said to poses your car and drive it into a tree. This leaves two questions: what does she have against motorists, and why the hell would anyone want to do that in the first place?

One of the wonderful things about living in the late 1800s/early 1900s is that you could claim to be whatever you wanted within reason and no one would bat an eyelash. For example, Linda Burfield Hazzard proudly claimed to be a doctor. You would think that a medical degree is something that people would want to see, but apparently that wasn’t the case. She began renting her cottage to people seeking her unique “starvation cure” soon after. 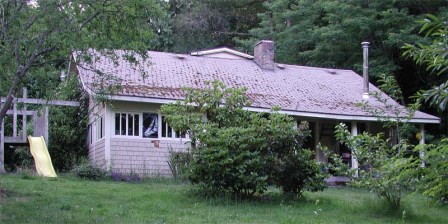 The program was essentially fasting, with patients surviving on soup alone for forty days, but patients also participated in small laborious tasks such as walking a set distance every day. This, however, became gradually more difficult as starvation set in, and many of her patients died. Not surprisingly, many left their property to the good doctor. Eventually, an embezzling scheme was uncovered and people finally questioned the whole “doctor thing.”

Whether or not the murder was Hazard’s intention, the end result was her cottage becoming haunted. Poltergeist activity happens near and in the bathroom where autopsies were performed, and investigators have reported voices in the attic asking to be taken or dug up. Unfortunately (or fortunately, depending on how you look at it) the cottage has since been torn down.

The story of the haunted Toys ‘R Us has been reported on both television and print quite a few times, so it’s been more widely accepted than the other stories on this list. Even the employees of the store are in unanimous agreement that the store is haunted. 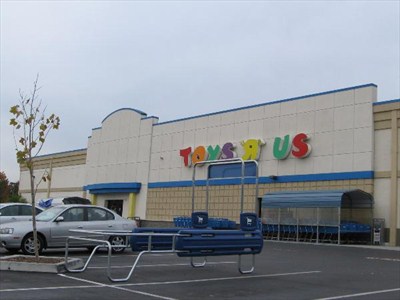 The story starts decades earlier when much of the area was farmlands, including the area where the store itself was built. One of the farmhands fell in love with the orchard’s owner’s daughter, but she didn’t return his feelings. Displeased by this, he took to chopping wood to ease his worries (because he’d never once attended a workplace safety seminar) and nailed himself in the foot, bleeding to death shortly afterward. Ashes to ashes, dust to dust, don’t dick around with hatchets.

The farmhand now roams the aisles of the Toys ‘R Us, but rather than trying to murder people with a hatchet or some other ghost dick move, he seems content to just play with toys and mess with people. A common occurrence is a ball bouncing down an aisle or toys being out of place when the store opens in the morning. There are also instances of people walking into bathrooms alone to find that someone turns the faucets on once they enter, implying that this ghost is both a pervert and hygienic. 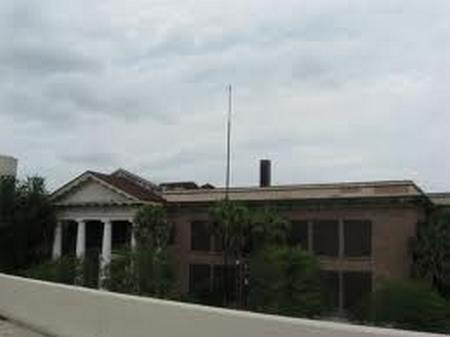 While hardly the only haunted abandoned school in the country, what makes Devil’s School unique is just how horribly over the top the legends about it go. Original designated as Public School #4. the school gained it’s Devil moniker from one (or all) of the following stories.

First, a furnace blew up sometime in the 1960s, killing several students and faculty. The halls became haunted by these restless spirits and teachers refused to come in, forcing the district to shut it down.

Second, the principal was a secret cannibal. Students who fell asleep in the class were sent to his office and were never seen again. The office closet had been converted to a meat locker and his victims were skinned and hung on meat hooks until he could find a fifteen-minute lunch break to eat their flesh.

Third, and a little less imaginative, is the story of a janitor who just up and went batshit nuts, slaughtering students in the hallways with little reason except that he’s a janitor and janitors are naturally crazy.

A little odd that none of that made national news, but whatever. Another story claims that it was a school that was shut down due to budget cuts. Shortly afterward Satanists moved in and Devil’d up the joint. Investigators have reported Satanic graffiti on the walls and a tree growing in the center of the building. 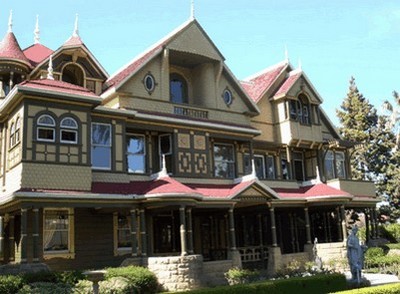 Perhaps better known by its tourist attraction name The Winchester Mystery House, the mansion started construction in 1884 under the direction of Sarah Winchester, widow to William Wirt Winchester of Winchester rifle fame. The mansion is said to be haunted by the spirits of everyone killed by a Winchester weapon and was allegedly built under bizarre circumstances.

According to legend, Sarah Winchester fell into a coma after the death of her husband and child. When she awoke she sought a medium, who told her it was her duty to build a mansion to house herself and the spirits of those killed by Winchester weaponry. However, the catch was that she needed to build it constantly, for if construction ever stopped she would die. An alternate take says that ghosts wouldn’t settle into an unfinished house.

The home was worked on twenty-four hours a day from 1884 until Sarah’s death in 1922. When construction finally ended it was seven stories high, contained one hundred and sixty rooms, and seventeen fireplaces. It was said to have been built with many features to confuse spirits, such as doors leading nowhere and windows looking into other rooms.