Selfies are a great way of capturing fun but getting famous or going viral on the internet is becoming harder and harder to achieve today. A lot of people will do anything, literally anything to get an interesting selfie that will earn many likes and reactions.

However, that’s when there’s a huge chance for things to really go wrong, and plenty of weird stories have happened involving people who wanted to snap a quick one and ended up getting injured or worse. Check out some of the most bizarre stories involving selfies.

In 2017, a couple from France were on a vacation in Thailand and were walking through a national park. The husband and wife saw a crocodile in a pond and the wife had the idea to snap a quick one with this dangerous reptile, despite the many warning signs that were placed all over the park.

The woman rushed to get to the crocodile as soon as possible with her phone in her hand, but she managed to trip and fall. The crocodile then arrived and bit her. Luckily, only her leg was injured because the rescue crew came and stopped the crocodile from attacking again.

In Washington DC, there was an exhibition by Yayoi Kusama, a famous artist from Japan who created a unique pumpkin sculpture for this occasion. The sculpture was made of many high-priced pumpkins and a male fan who visited the exhibition wanted to snap a quick selfie, but that’s where things went wrong. He tripped and crashed into one pumpkin. The intricate sculpture had to be replaced and the legendary artist was shocked.

The Two Hercules statue was made at the beginning of the 18th century and for more than 300 years, it has stood in the city of Cremona, Italy. The statue is the town emblem and it was displayed publicly in Cremona for all those years. However, in 2015, some tourists had the brilliant idea to take a selfie with it and wanted to climb the statue.

The tourists ended up breaking the statue’s marble crown and worse, when the crown fell, it shattered into many pieces. This statue is irreplaceable and the cost of the damage is still being assessed.

Year 2017. in LA, quite a fancy exhibition called Hypercaine was held by Simon Birch from Hong Kong and the expensive works were placed on many tall pedestals. The pedestals were placed in rows and you can imagine what happened next.

There was a woman who wanted to snap a selfie but she didn’t see where she was going bumped into a pedestal. The pedestal started falling and made a domino effect, causing approximately $200,000 worth of damage to the art pieces. The pieces broke immediately could not be fixed or replaced.

In 2015, a woman from Russia was working in her office in Moscow and she found a lost 9-mm gun from a security guard. The guard went on vacation but forgot to take his gun and when the 21-year-old girl found it, her natural instinct led her to take some selfies with it.

As she was posing with the gun and phone in her hands, she pressed the trigger by mistake and shot herself in the head. Luckily, she only injured her temple and ended up surviving.

Paediatrician: 10 Facts You Need to Know About Them 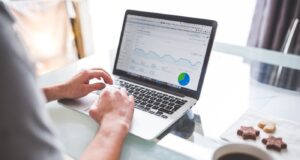 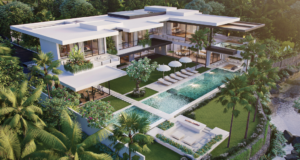