We don’t like to stereotype but professional athletes generally physically gifted, athletic freaks that are, maybe most importantly, tough as nails. You’ve got all of these stories about horrendous injuries and the players that battle through them, like legendary Los Angeles Ram defensive lineman Jack Youngblood playing through the entire 1979 playoffs on a fractured fibula. And then, of course, you’ve got the really humiliating on-field injuries, like former Arizona Cardinals kicker Bill Gramatica, who injured himself celebrating after making a field goal in the first half of a regular season game. But hey, at least that happened on the field. There are some other athletes whose embarrassing injuries are even more ludicrous, such as…

Sammy Sosa captured the attention of America back in 1998 when he and Mark McGwire engaged in the most epic steroid induced battle this side of a WWE pay-per-view event. Of course back then we didn’t know they were ‘roiding out every chance they got, so when they were cranking home runs left and right we didn’t care and just enjoyed the ride. Sammy and his relatively poor grasp of the English language became a household name and a fan favorite, until it all came crashing down when we realized that he had put on about 50 pounds of pure muscle and turned into a power hitter pretty much overnight.

And then things got really humiliating for Sammy in 2004 when he missed a game with back spasms. No, the spasms weren’t the embarrassing injury, because hey, those things happen to every athlete at some point or another and hurt like hell. No, the idiotic part to this story is how Sosa got those back spasms in the first place. You see, before the game he sneezed twice, each ranking among the most violent sneezes ever (there is probably not a lot of research on steroid enhanced sneezing). In fact, it caused his back to go out. Those two sneezes caused him to be placed on the 15 day disabled list, but at least he can take solace in the fact that he’s not alone in being sidelined by sneezing – in fact, he’s the fourth player to do so. 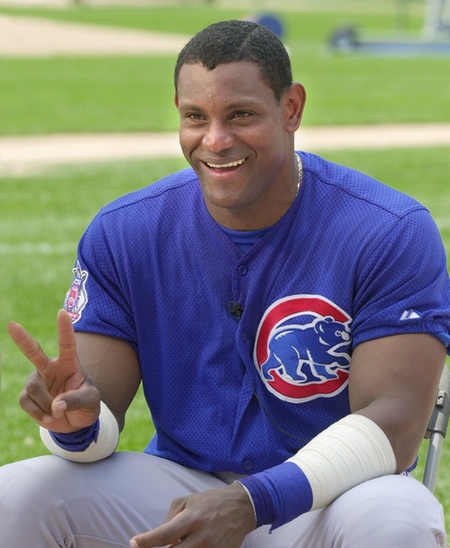 Have you ever watched much of Monty Python’s Flying Circus, the classic sketch show from the 1970’s? If you have, or if you have at least seen some of their “greatest hits” then there is a pretty fair chance you have seen their Upper Class Twit of the Year skit, in which a bunch of idiots compete in events to determine who the biggest, well, twit is. God bless the internet:

If you bothered to watch, one of the events includes the twits having to operate a car, and the punch line to that particular bit (spoiler!) is the fact that somehow one of the twits manages to run himself over with his own car.

Now this was funny because, frankly, it’s utterly preposterous and seems physically impossible. That is, unless you are famous British cricket player Ted Dexter. See, in 1965 Dexter had his career ended when he was in an automobile accident in which he was pinned to a warehouse door by a Jaguar, breaking his leg in the process. Oh yeah, it was his own Jaguar. He had run out of gas and was attempting to push it when he got away from him and he managed to accomplish what only the finest twits in all of England could ever hope. Since this happened in 1965, before the Upper Class Twit of the Year sketch, we’re also holding out hope that maybe, just maybe, he was the inspiration. 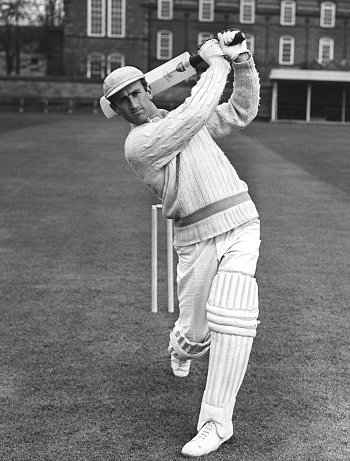 John Smoltz will likely go down as one of the best pitchers of the past 50 years, and is a surefire Hall of Famer. Whether it was as a starter or coming out of the bullpen as a closer, Smoltz was a tremendous talent with over 200 wins, 150 saves, was a Cy Young Award winner and eight time All-Star. The bottom line is that John Smoltz could freaking pitch. What he couldn’t do, apparently, was anything even resembling using good judgment when it comes to irons. And we’re not talking about the kind of irons you use in golf or the kind you pump to get in shape. No, we’re talking about the kind that you heat up and use to get rid of wrinkles.

Way back in 1990, Smoltz decided that he needed to tidy himself up a little and make himself look more presentable, which included ironing his shirt. Reasonable enough, right? No one wants to look like a slovenly mess, of course. Unfortunately for Smoltz, he wound up burning himself on the iron in the process. No, not by accidentally touching the iron or anything like that. He burned himself on the iron because for some bizarre reason, he thought it would be a good idea to get rid of those wrinkles while still wearing the shirt. Pitchers always like to bring the heat, but come on John, that’s just being ridiculous.