In our society, there are some things you just can’t say to people, because they are considered offensive. For example, bringing up fried chicken and watermelon around a black person is a big no-no, and calling every fat person you see in the street “Rosie O’Donnell’s cousin” probably wouldn’t go over so well either. But the line of political correctness has to be drawn somewhere, right? Evidently not, as seen by these examples:

In 2007, Allentown, Pennsylvania (yes, the one from the Billy Joel song) was buzzing with excitement. The city was making plans for the arrival of the Philadelphia Phillies’ highest ranked minor league affiliate, where the teams top prospects would hone their skills before making the jump to the big leagues. It had already been decided that the team would be named the “Ironpigs,” a reference to the pig iron that had been produced at the nearby Bethlehem Steel mill for over a century before the plant closed down. Next was the unveiling of the team mascot, a big gray fuzzy pig with rivets on its face. It was, quite literally, an iron pig. 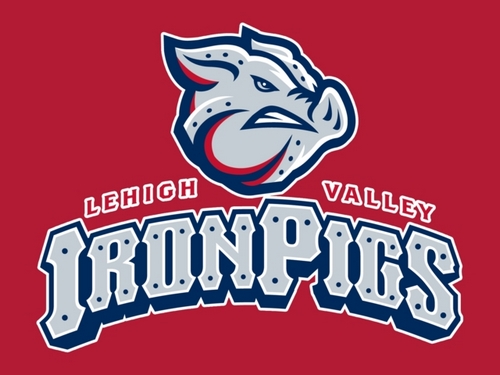 To drum up support for the team, the Ironpigs executives decided to hold a contest to name the mascot. Over 7,000 names were submitted. Eventually, the team picked an innocent sounding name put forth by a five year old girl: PorkChop. A bit obvious why that name fit, really. In December, the team unveiled the newly named mascot.

That was when the bacon hit the frying pan. A Mister Guillermo Lopez, vice president of the Latino Leadership Alliance (apparently the boss was too busy with real concerns,) issued a formal compliant claiming the term “PorkChop” was a racist term for Latinos. Lopez said he had been called that while working at the previously mentioned Bethlehem Steel mill. It’s important to note that the plant closed down 35 years before this incident. So, in summary, Lopez essentially called a five year old girl and an entire baseball team racist towards Latinos for naming their mascot after a cut of meat from a butcher shop that was also an offensive term 30 years before the girl that suggested the name was even born. 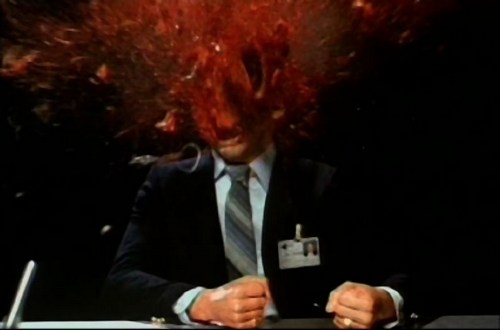 So, did the ballclub call BS on this farce? Would this be part of a list like this if they did? Of course not. The front office proceeded to backpedal like crazy. General Manager Kurt Landes held a press conference to announce that the name would be changed to “Ferrous,” which is the Latin name for iron. Check out this quote from Landes’ statement: “We were really unaware of any negative connotations with the word ‘pork chop,”‘ he said. “If it offended a few, it’s a few too many.” Seriously, follow the logic on that last part. He is essentially saying that if anyone ever finds anything offensive, it should be changed. Well, I, personally, am offended by the word “virgin,” because it implies that I am a divinely blessed woman. I demand that you refer to me as “man without nookie.” 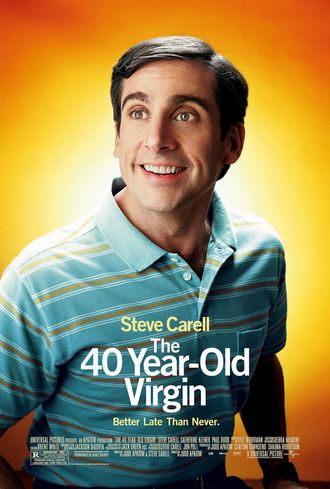 Maybe if you did, this movie wouldn’t have happened.

Santa Claus is just all messed up:

Santa Claus is the very essence of generosity, handing out presents to half the world’s children by managing to slide his portly posterior down some very narrow chimneys on a single night, without expecting so much as a tax return. However, there are people out there that don’t care how many good things Kris has done, they are bound and determined to hate him. 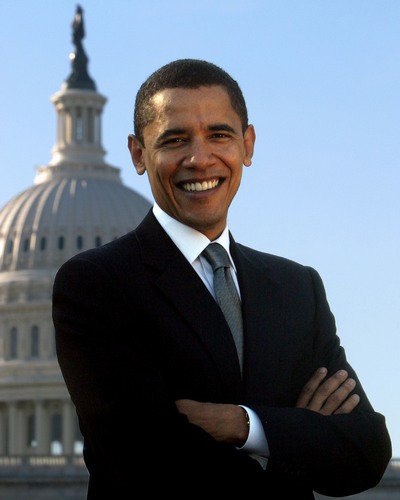 This man could cure cancer tomorrow, and Rush Limbaugh will still call for his execution.

First, they went after his rampant pipe smoking habit. Santa had to ditch the tobacco. His signature chuckle “Ho Ho Ho” was next to go, because in Australia, words have only one meaning. The Swiss came right out and accused Santa of pedophilia when they forbade all store Santas from allowing children to sit on their lap. They’ve accused him of Nazism, drinking and driving, not wearing a helmet during “extreme sports” like “roof surfing and chimney diving,” and, best of all, being the antichrist. “He sees you when you’re sleeping…..

Most of these allegations lack any kind of credibility, and are probably issued forth by a few Internet writers like myself who lack a moral center and general saneness. However, Santa took his worst “body” blow, if you will, in 2007, when the Surgeon General of the United States made another allegation against St. Nick…..fatness. 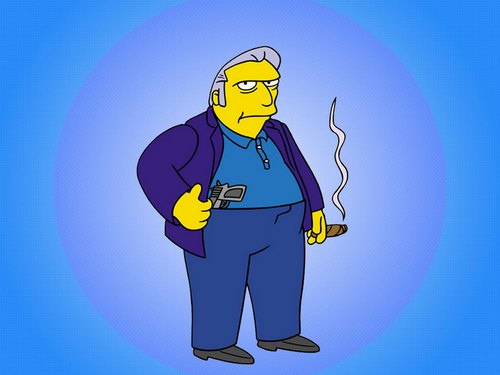 Who you calling fat?

The Surgeon General, a man who clearly didn’t get the GI Joe toy he wanted for Christmas when he was a boy, decreed that Mr. Kringle’s chocolate chip addiction was contributing to the childhood obesity epidemic because children emulate their role models, and because Santa’s a big fatty, so too, shall be the children that look up to him. The good doctor’s prescription for Santa was to lay off the cookies and milk, and to jog that round the world route instead of riding the magical sleigh that makes it happen in one night. Look, we understand that you’re looking for any excuse you can to avoid blaming the parents of fat children for their tubby offspring, but sinking to the level of trying to pass the blame to a fictional character no one but old jobless people want to emulate? Because, you can’t honestly tell me that there are children out there who want to be Santa Claus when they grow up, can you? 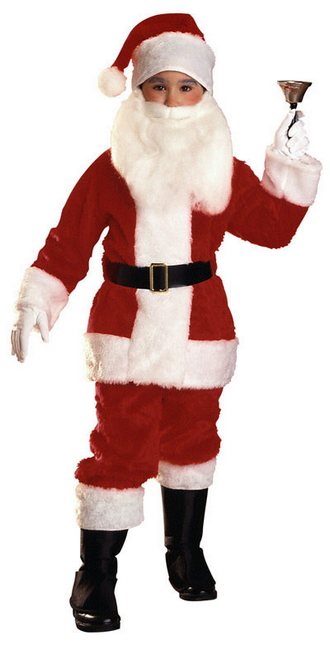 I, for one, was never a big fan of nursery rhymes. There’s just something about the hypnotic nature of the seemingly ancient lyrics that reminds me of witchcraft, and if there’s one thing I hate, it’s a woman covered in warts prancing around chanting about moon jumping cows. “I’ll get you my pretty, and your little friends the dish and the spoon too!”

However I, like most people, consider nursery rhymes to be relatively harmless. Cue the PC brigade. They entered the picture, and struck down “Baa Baa Black Sheep,” and you’d never guess why. The sheep in the rhyme….is black! Racism! Persecution! Jessie Jackson picketing your house with some very angry downtrodden people! We must strike this atrocity from the record at once before anyone notices! So, what did they replace black with? Well, the rhyme is now called “Baa Baa Rainbow Sheep,” if that’s any indication. While we see it as unlikely that you’re going to find a rainbow sheep just grazing around a farm, the PC brigade set their sights on another nursery rhyme. 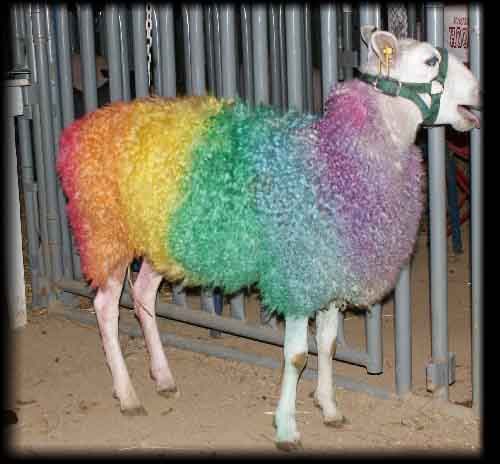 “See Mommy? I told you, and you said the teacher was a liar! I’m definitely not taking your advice when it comes to sexual health.”

The next target of their wrath was “Humpty Dumpty.” Because the rather rotund chap fell off a wall and smashed into a gazillion pieces like an egg thrown against a principal’s window on Halloween, and a bunch of knights of the Round Table tried to fix him by contaminating the crime scene, this nursery rhyme is declared too violent to teach young children. Wha? Did you guys watch “The Little Mermaid?” A Disney movie rated G featured a dude shanking a giant octopus with a ship before she exploded into a sizzling mess is considered less violent by the PC crowd than a nursery rhyme, a bunch of WORDS, about a fat guy who fell off a wall and broke. What is wrong with our society? 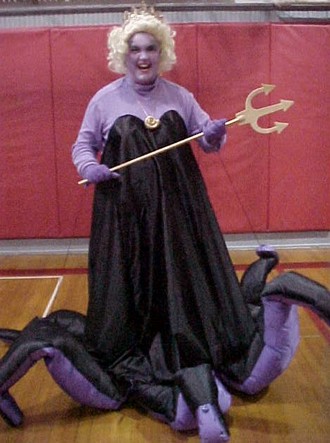 Hey, she was asking for it. She was wearing a tight tentacle.