Oh, the Bard. No, not pitcher Daniel Bard of the Boston Red Sox. We’re talking, of course, about William Shakespeare, or Big Billy Shakes to his friends, among whom we like to consider ourselves. The most famous and prolific playwright whose works we ever pretended to read in high school has spawned so many wannabes and knock offs it’s actually pretty ridiculous, but that doesn’t change the fact that Shakespeare would have written one hell of a blog. Sorry, we didn’t mean to modernize Shakespeare that much, because we all know it’s just absurd to try to convert many of his works to fit the modern day. Well, not all of us know that, apparently, based on these ridiculous attempts to do just that…

10 Things I Hate About You (The Taming of the Shrew)

Featuring a talented young cast that included Heath Ledger and Joseph Gordon-Levitt, 10 Things I Hate About You was a 1999 teen comedy. Some would argue it was really more of a tragedy seeing as it featured Julia Stiles and a truly embarrassing scene in which Heath Ledger (accompanied by his ridiculous hair) tries to serenade her. Based on the Shakespeare play The Taming of the Shrew, we have to admit that of all the films on this list, 10 Things I Hate About You might almost be tolerable. You know, except for the whole Julia Stiles thing.

The play centers around a pair of daughters. The younger of the two seriously wants to get laid but can’t until her older, prudish sister does the nasty first. Obviously, dudes are lining up to get with the younger sister, including young Lucentio, who immediately decides that he basically needs to hire a gigolo to sweep the older sister off of her feet so he can get down with the younger sister, Bianca. In the film, the role of this wannabe-gigolo, who repeatedly treats the older sister, Katherine, like garbage until she falls for him, is played by Heath Ledger with a hopeful look in his eye that maybe, just maybe, he’d one day be able to make anything other than crappy teen comedies. 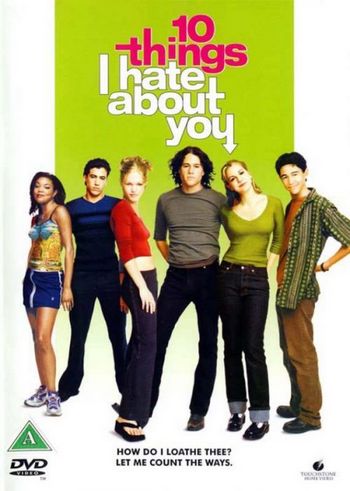 If you’re unfamiliar with Twelfth Night, here’s the rundown: when you get right down to it, this is a play about mistaken identity. Only here, it involves a shipwrecked young woman who, for some reason, decides it’d be a good idea to masquerade as a man and gets caught in a love triangle with hilarity ensuing.

Anyway, when you’re thinking “Shakespeare” you’re probably also thinking Amanda Bynes. Well, probably not, but this 2006 comedy aimed at teens stars the former child star as a girl who enrolls at her brother’s school in order to play on the boy’s soccer team, because apparently she couldn’t have possibly found a school with a girl’s team. Shenanigans abound as young Viola falls in love with her roommate/teammate while he presumably struggles to not beat the hell out of the new kid who keeps checking out his junk in the shower. Come to think of it, it’s really a fairly faithful adaptation. 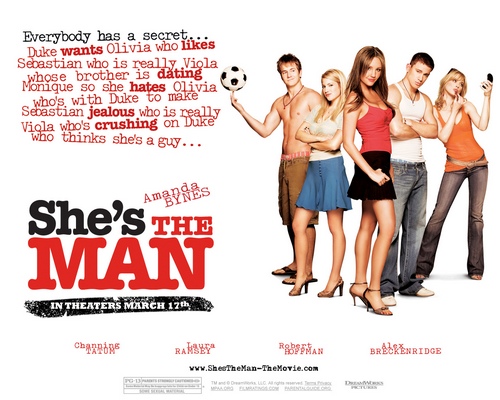 Another adaptation trying to be “hip” and appeal to a younger crowd, O tells the story of Othello, one of Shakespeare’s tragedies about a husband and wife and the douchebag trying to get between them. The film, which was filmed in 1999 but was not released until 2001 due to the subject matter and the fact that the Columbine massacre had just taken place, shifts the focus to a high school basketball team because clearly, if the character based on Othello (here named Odin) is going to be black and good at something, obviously it’s got to be basketball. 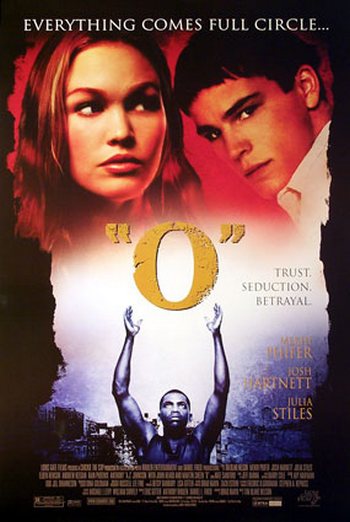 Romeo Must Die (Romeo and Juliet)

If you’re like us, every time you sit down to read Shakespeare you find yourself thinking, “well this is good, but it could really use a few more roundhouse kicks.” And until Romeo Must Die was released in 2000 that was all a pipe dream. Taking what is considered the most romantic tragedy ever penned and turning it into a hardcore kung fu and action film initially seemed ridiculous to us, but now we think it’s just awesome. Sorry, 10 Things I Hate About You, you’ve just been bumped from the top spot of “most tolerable film on the list.”

Anyway, like Romeo and Juliet, this film features a forbidden love, only this time featuring Chinese gangs, Delroy Lindo and DMX. Jet Li plays the “Romeo” part, even though he’s named Han in the film because a Chinese dude named Romeo would just be absurd. Of course, it’s not quite as absurd as taking a movie based on Romeo and Juliet, filling it with kung fu and explosions, and having the two lovers actually survive at the end of the film. But hey, who are we to question someone bold enough to tell the story of Romeo and Juliet the way it was meant to be told: with a series of kicks to the face? 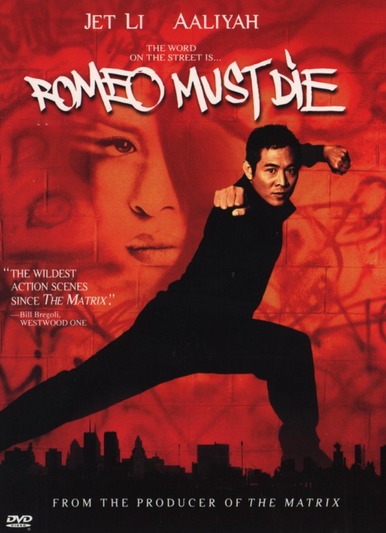 Get Over It (A Midsummer Night’s Dream)

Based loosely (very, very loosely) on A Midsummer Night’s Dream, Get Over It stars Kirsten Dunst back when people used to think she was hot, a young Ben Foster before he took over as the go-to guy for “creepy badass” and Sisqo when everyone was overly obsessed with the Thong Song for some reason. Oh, and Colin Hanks makes an appearance back when he was cashing in on his “do you know who my father is” status, from which he’s graduated to “I’m actually not a bad actor” status.

A Midsummer Night’s Dream is a whimsical comedy in which a bunch of fairies manipulate a group of actors prior to the marriage of the Duke of Athens and the Queen of the Amazons. Yeah, it’s a little weird, but you probably know it most famously as “that play that features Puck.” Of all the films on this list, this one is probably the most loosely based on the original work, and that’s saying something when you consider there’s a kung fu movie here. Basically, the film follows a similar framework in that actors are performing a play within a play, only this time they’re performing an absurd update on Shakespeare. Which is only fitting, considering that’s precisely what the film they were making was. 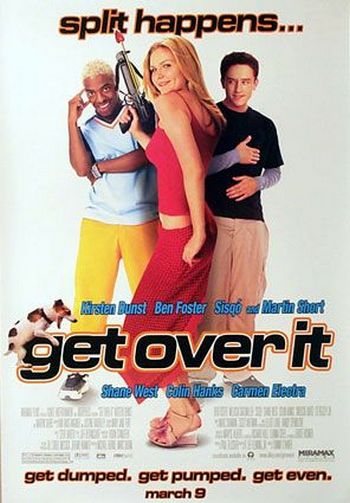