There’s nothing more beautiful than the innocence of childhood. Naturally, Hollywood is doing everything in their power to exploit the few positive memories you have for massive profits. 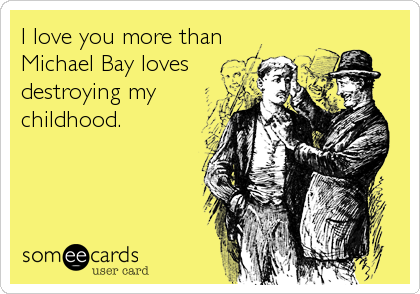 On some level, we understand the reasoning behind making re-makes. Making movies these days costs an unreal amount of money to produce as well as promote. That is made exponentially easier if you are promoting something that the audience is already familiar with. There is also the fact that despite the groaning, all of the remakes or re-imaginings or whatever they want to call them don’t actually suck. There have been some very good ones made. However, there are a few that leave you completely scratching your head as well as nervous about their potential. This is especially if you have a rather extreme personal attachment to the original. So, here are a few that have the internet-sphere as well as the blogosphere ready to grab their respective pink bottles of pepto. 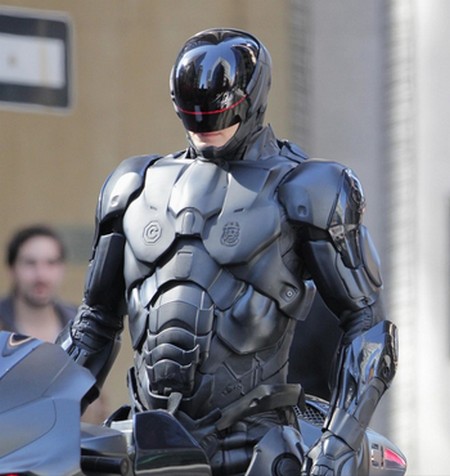 “When this movie is done, this suit is getting used to make a live action Sectaurs film…”

Honestly, how hard would it have been just to use the right outfit? Did Robocop really need emblem nipples? In a world where your average citizen can make a form fitting Star Wars Stormtrooper outfit sexy, how hard would it have been to at least make this look good? Somehow, we are not thinking that the 2014 version will feature the sheer majestic poetry of the line “Bitches, leave.” either. Fans might have actually been a little more accepting if they had gone ahead and called the movie Robocop 4. After all, when you actually feature a Robot Ninja in your movie (yes some of us actually excitedly paid money in a theater to see Robocop 3), then there is nothing but redemption lying at your door. However, when you set up a comparison to the classic original that utilizes future commercials, tales of dead presidents, and bullet castration through a dress; you are just asking for disappointment. 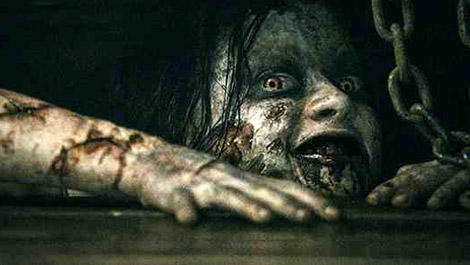 “Your mother was a hamster and your father smelt of elderberries”

Don’t say “It’s being produced by Sam Raimi” as if it is some sort of argument against this thing sucking. Sam Raimi’s name went on every single episode of Hercules: The Legendary Journeys as well as Xena: Warrior Princess as well as a producer. When you are prepared to call every last one of those ‘classics,’ then you can come back and tell me that Sam Raimi is the producer of this movie. The last time that Raimi cared about the Evil Dead franchise was when he cashed more money on an Evil Dead game than he ever did on any of the movies. Even if Sam Raimi was directing this, he is still the guy that allowed Peter Parker to do the creepiest date rape dance scene of all time in Spider-Man 3. Sam Raimi is not the director of this. Bruce Campbell is not Ash and it is being made for more than a million dollars. This is not only not Evil Dead, this may not even be a good episode of The Walking Dead. Wake me up when the lead female character has a chainsaw on her arm and confidently hollers: “Yo! She-Bitch…” 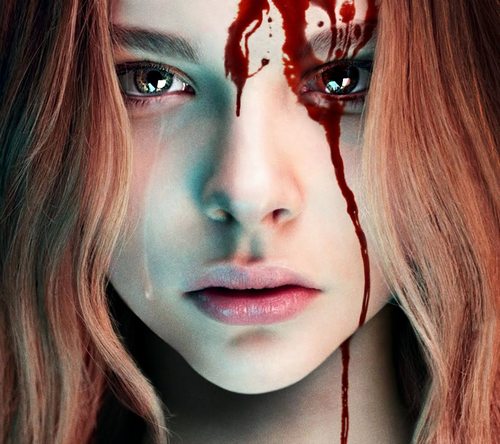 Let’s re-make Carrie.. Again. First of all, it’s been done as a remake before. Second of all, what the hell does Brian DePalma know about filmmaking anyway? The second point is that this movie is being done by Kimberly Peirce and features Julianne Moore as the mother. If you are familiar with Peirce’s work, she is the director who gave us Boys Don’t Cry and Stop-Loss. In short, Peirce’s films seem more concerned with making a statement than the storytelling involved. The purpose of this movie will be to turn Carrie White into a feminist icon rather than to simply show a great horror film. That is further backed up by the appearance of Moore in the film (who is known as much for activism these days than acting.) A hint, you are not exactly going to get the work of a director who will one day deliver Scarface. The truly scary part? The guy who wrote this also did episodes of Glee and Big Love. Now that is truly bone chilling… 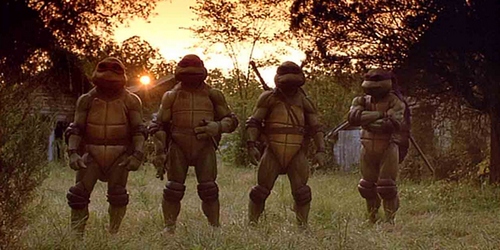 “Where are we? I don’t know but I heard Michael Bay is producing…”

When you can make fans go all misty eyed for something called Turtles in Time, then you know that they have lost all faith in you. Turtles fans are some of the most passionate in the world as well as definitely some of the most vocal on the internet. When it was released that Michael Bay was producing a big budget revival of the Turtles on screen, they quickly went and asked Transformers fans what happened to their childhoods as a result. After that, Turtles fans began to protest in earnest. When a supposedly leaked script stated that the Turtles were aliens, then Bay had to respond that they had freshly gotten rid of the stupidity. Either that or he said that the ooze was alien. We are pretty sure that there was an explosion in the background. Either way, the only encouraging word of this entire process has been that Corey Feldman may lend his voice to the project. Yes, that is seriously the only thing that qualifies as hope here. As for Bay, Transformers 4 looks to feature a planet eating Unicron storyline as well as Mark Wahlberg. We all saw what happened with Planet of the Apes on that one.

“It’s Heather O’Rourke telling us not to do this….”

Let’s review this one for just a moment. Steven Spielberg is not involved in the remake. Tobe Hooper is not involved in the remake. Many of the actors in the original movie met really bad ends up to and including its young star. Who is involved? There is the famous refrain of “Well, Sam Raimi is producing so it must be OK…” Not to pick too hard on David Lindsay-Abaire, but he is not really known as a horror writer. As a matter of fact, most of Lindsay-Abiare’s best work has been writing animated and/or children’s movies such as Robots, Rise of the Guardians, and the upcoming OZ: The Great and Powerful. Granted, Spielberg was not known for overly serious fare at the time but he had done Jaws and Hooper had done The Texas Chainsaw Massacre. A Disneyfied version of Poltergeist at the very least will not feature the face ripping joy from the original movie. Also, it is not exactly a minor point that the first movie had a bit of a curse attached to it. It may have been the production. It may be the story. It may be the thought of disrupting an Indian Burial ground, demented trees, or the scariest clown not played by Tim Curry. At any rate, Sam Raimi is adamant about not directing this and a director has not yet been found. It is just that all of the signs are pointing a remake that is going to be more down the lines of Red Dawn rather than Footloose.