The power of suggestion is really amazing. If you had lived in Nazi Germany, there is a good chance you might have honestly believed in the rightness of the cause. You never stop to think that people may have legitimately thought that the Rebels in Star Wars were actually “dangerous terrorists who blew up a military institution.”: Many of Senator Palpatine’s criticisms of the Old Republic were actually correct and he knew how to properly exploit them. That does not mean that everyone opposing bad people is a good one. For instance, lets take a look a Obi Wan Kenobi… from a certain point of view.

He Really Seems To Enjoy Violence

In Star Wars Episode IV: A New Hope, Luke gets in an argument with two drunken idiots. Believe it or not, this happens all the time. One of the aliens starts to get threatening and all of the sudden Obi Wan’s best judgment is to literally slice off the guy arm. This does not typically happen in a bar brawl situation even when one of the agitators is an elderly war veteran. When you actually think about it, Obi Wan would not have had to do much to diffuse the situation. Ponda Baba was probably ‘weak minded’ and ‘open to suggestion.’ Obi Wan had already told a guy Star Wars Episode II: Attack of the Clones that he wanted to stop “selling deathsticks and go home to rethink his life.” Obi Wan could have simply knocked both guys on their ass with the force. If you are supposed to be starting to train an impressionable young Padawan, why would you treat them that proper conflict resolution is cutting a guys arm off? This is especially true when your job at one point was to be mediator as well as negotiator of disputes. The fact is that Obi Wan really just kind of likes cutting guys arms off.

He Is Actually A Bit Of A Lush 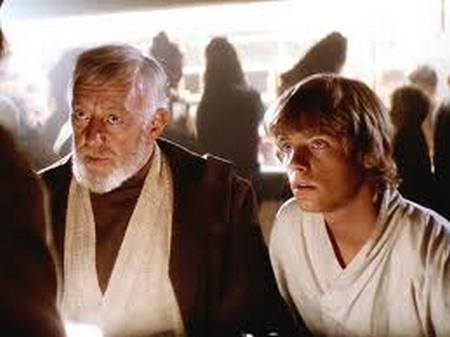 “I’m not saying I have a problem. I am saying my beer gut will grow even when I am dead.”

Have you ever noticed how Obi Wan always seems to find himself in an establishment that serves alcoholic drinks? The obvious argument is that part of Obi Wan’s job is to track down smugglers for safe passage or to question bounty hunters. However, in Attack of the Clones, he leaves all of the actual detective work to Anakin while he enjoys a beverage. Obi Wan is also drinking when he meets Han. Obi Wan has also been drinking when he pulls out a light saber at the Cantina. Even as a ghost, Obi Wan’s beer gut grows pretty noticeably. Now, this is just watching Obi Wan when he is officially on duty in most situations. The multi armed alien in Clones hugs Obi Wan like Obi Wan had personally financed his new space boat. That alien actually owned an eating establishment. We are pretty sure that Obi Wan was able to get blitzed there as well.

His Personal Prejudices Impedes His Own Betterment 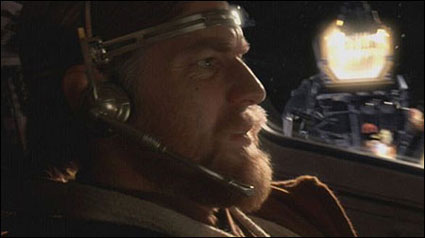 “I’m striking a curious pose for someone who hates flying.”

Benjamin Franklin once made the observation that you should take the things you know that you are not good at and spend more rather than less time on them. Obi Wan hates flying. That is fine. However, not everyone who hates flying is actually a pilot. Obi Wan hates blasters. Again, there are people who hate guns. However, as the end of the duel with General Grievous proved, Obi Wan is nearly an expert shot with one. Exactly what type of role model would make it known that simply because you don’t like to do something (even if you are good at it), then it is just ok to let that skill go to waste. Biblically, Obi Wan would be the person who buried his talent in the ground. Is it any wonder that one of his pupils winds up taking the ‘quick and easy way?’ This is the same guy who basically ends up enlisting who ever he can in order to make up for his own shoddy work ethic. 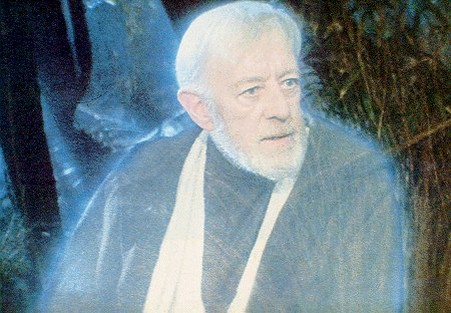 Obi Wan cannot even die and become a truthful human being. His famous line was “So what I told you was the truth, from a certain point of view..” Lets re-examine most of Luke’s motivation here. Luke was ready to chop Darth Vader’s head off (no questions asked) because Obi Wan told him that this was the guy who killed his Dad. Lets not even think about the fact that Darth Vader killing Anakin Skywalker was actually impossible short of suicide. Obi Wan also contributed to Anakin’s fall by instructing him to spy on the Emperor. It is not that spying is necessarily bad but Obi Wan should have known Anakin better than to instruct him against something in his nature. Obi Wan’s lying allowed the Sith the opening that they needed in both Skywalker generations. Think about it, Luke’s motivation was that these evil people killed my father. That would be the bulk of his motivation. He flies against a government installation and blows it up. Luke actually is responsible for the deaths of thousands to people. This was done all on the basis of what Obi Wan told him. The father that he was trying to avenge was actually trying to stop Luke from doing this. All Obi Wan has in defense is ‘from a certain point of view?’ Not properly instructing Anakin on the possible necessity of subterfuge gave Palpatine the opening Palpatine needed to enact the Great Purge. This would be the same Purge that killed all of Obi Wan’s comrades in the first place. Would you really want this guy near your nephew?

He Is A Braggart 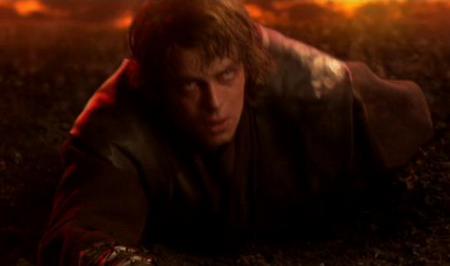 “If I one day destroy a planet, my only hope is that you are on it…”

When Obi Wan hands Luke the light saber, he says “Your father would have wanted you to have this when you were old enough…” Actually, the only thing Anakin screamed at Obi Wan was “I hate you!”: as many times as was humanly possible. Obi Wan went on to hide all knowledge that his children lived from Anakin. Obi Wan then proceeded to steal the light saber of his enemy as a trophy of battle. This is not really a small point in the grander scheme of things. What Obi Wan is essentially saying “When I left your father to die in a lave pit after cutting off his extremities, I am pretty sure that he would have mentioned ‘give this to my son.. If he manages to be born…” In his own way, Obi Wan is handing Luke the light saber while simultaneously bragging that he was the one to cut his father to pieces. Obi Wan is still bragging about what he did. He is also doing it to the person whom he just gave motivation and passed off blame for that motivation. This is how Obi Wan decided to start a mentorship relationship built on trust. Again, is this really someone that you would want in a position of teaching, mentorship, or as a role model?