Home Home 5 Reasons it Would Totally Suck to Live in the South Park...

South Park is, without a doubt, one of the greatest cartoons ever made. It has had amazing longevity, running 13 years on Comedy Central at a time when adults are starting to dislike cartoons with a passion.

Many people have indicated that they would want to live in the South Park universe because it’s just that awesome. However, when you stop and think about it, for all these years, we’ve been enjoying putting the children of South Park through never ending torture. Here are just a few of the many reasons why it would suck to live in South Park, Colorado.

It’s obvious that the town of South Park was built on a uranium dumping ground, and the longer the people are exposed to it, the more retarded they get. Every adult in the town is a flaming idiot, and they come up with the craziest solution possible to the simplest of problems. It’s like a reverse Occam’s razor. One of the more memorable examples was the U.S.-Canadian War. It was started after Kyle’s mom catches the boys seeing a movie featuring two Canadian actors who make fart jokes and swear a lot. Simple problem: children exposed to content they shouldn’t be seeing. South Park solution: arrest Terrence and Phillip, give them the chair, force Conan O’Brien to commit suicide, and generally make fun of the Canadian’s accents. Canada didn’t exactly respond well, sending the Air Force to bomb the Baldwin residence and start a war. 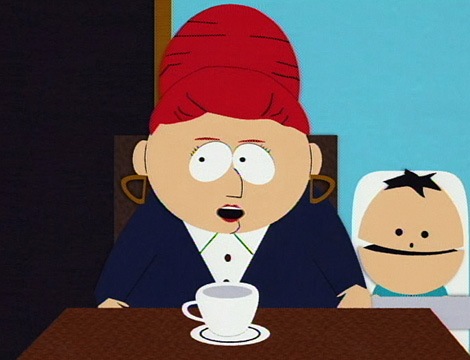 This kind of stuff happens on a daily basis in South Park. Their solution to immigrants from the future stealing their jobs? Have a giant gay sex party to ensure the immigrants are never born. Their solution to a volcano threatening to destroy the town? Dig a giant ditch that diverts the lava right on top of Denver. The district judge heard arguments in a lawsuit involving ball sucking and two nine year olds. The list goes on and on. 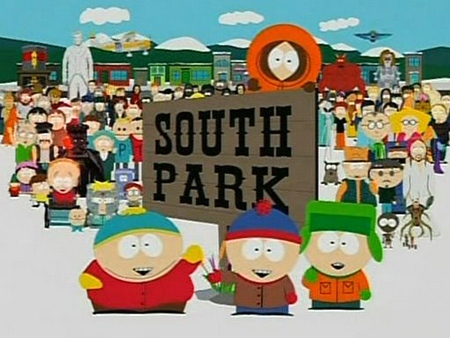 Welcome to South Park, please check your sanity in at the Mayor’s office.

Natural disasters are generally not good things: they destroy communities, take lives, and can take years to recover from. The residents of South Park experience a disaster of one sort or another about twice a week. The town has been assailed by a volcanic eruption, an army of rampaging turkeys, attacked by giant versions of both Barbara Streisand and a Rosie O’Donnell fueled Trapper Keeper, zombies, aliens, gambling Indians, an army of homeless people, and about once a month, Cartman tries to exterminate the Jews. No one knows why, but he certainly is persistent.

The fact that all these crazy disasters, plus the ones that have been averted, like the time terrorists put a nuclear weapon inside Hillary Clinton’s snatch as a smokescreen for Great Britain’s attempt to recapture America using the same ships they did during the Revolution, all seem to happen in this Podunk town in the middle of the mountains never occurs to anyone but four children who are too busy playing Guitar Hero to actually care. 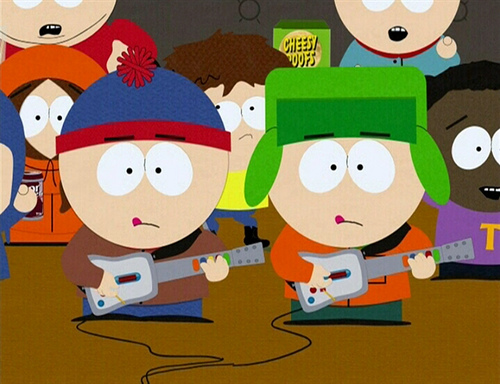 It’s the only way to keep from succumbing to the madness.

South Park is a small town in the middle of nowhere, so it’s understandable that the various public services provided by the town government would be small. But do they also have to be incredibly incompetent? Their police department consists of one guy, they don’t even have the decency to call him “Chief of Police” or “Sheriff,” he’s just “Officer Barbrady. 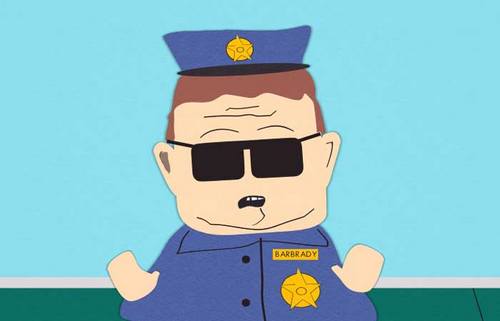 “How do you spell retard? I’m pretty sure it has some letters in it.”

An eight year old does a better job of keeping the peace in South Park than Barbrady. Then you have those noble people in the medical profession that work at Hell’s Pass Hospital, saving lives…sometimes. To start, they were unable to tell that a boy in a dog suit with a ninja star in his eye was, in fact, not a dog, and sent him to the vet, who was totally useless in recognizing this himself and tried to put the kid to sleep. Then you have the fact that an ER nurse has no freaking arms. I understand you’re shorthanded (nailed it) but come on. George Clooney put a baked potato in the place of a kid’s heart. Clearly none of the staff placed near the top of their class when they graduated from medical school, or kindergarten, for that matter. Then, you have their poor quality public education system.

“Yea, I’m talking about you. Don’t look so surprised.”

Mr. Garrison is probably the last person on Earth you would want teaching your children. He has no sensitivity training, his curriculum consists mostly of soap opera references and Barnaby Jones references, and he tried to shoot Kathy Lee Gifford in the second episode of the show, and killed one of his own students instead. Then there’s, you know, the fact that he’s completely insane. 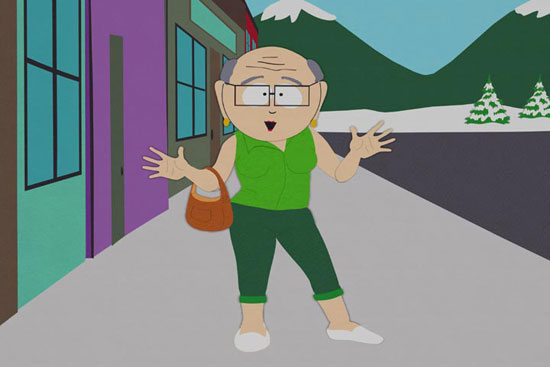 Pictured: Not a sane man.

For awhile, he was a self loathing homosexual. He had sex with women, but really lusted after men. Then he came out, and was open in his gayness. Then he had a sex change operation, and became Mrs. Garrison, though he/she wasn’t married. Then she became a lesbian, and starting doing the “scissor.” Finally deciding that he liked his life as a straight man better anyway, he changed back to masculinity, thus, the circle of bicuriosity was complete. He has conversations with his puppets, who may or may not be evil, and he once forced a live gerbil up another man’s rectum in front of his class. Does anything else need to be said?

Oh yes, I forgot that he didn’t think he father loved him because his father never molested him as a child.