The life of a rock star is idolized, romanticized and, due to its unattainable nature for many of us tone-deaf ugly common folks, ripe for embellishment and myth. Usually that’s all well and good. Led Zeppelin violated a groupie with a rather large fish? Keith Richards snorted his father’s ashes because he was all out of actual drugs? Stories like these are par for the course. We expect sex and drugs to be part of rock n’ roll life, hence the whole “sex drugs and rock ‘n roll” cliché that so many have uttered.

However, some stories are just so weird and out there, it makes one wonder what the original storyteller was thinking. The fact that some of these myths survive just goes to show that far too many people will believe anything, no matter how absurd the story.

Despite not having anything resembling a career in the past few years, there’s no denying Marilyn Manson is an iconic figure in media. His psuedo-Satanic antics shocked and appalled an incredible number of people, and he was blamed for everything from inspiring school shootings to leading children away from Christ to making our bathwater just not warm enough for our tastes. Whether you loved his music or wasn’t even aware he made music, chances were very high that you knew who Manson was. 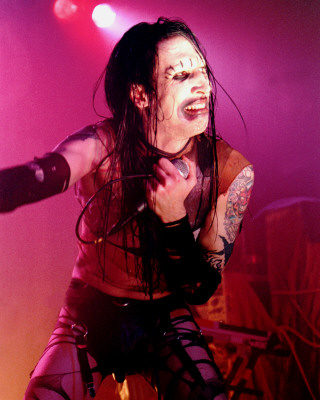 Whether you knew he was actually a guy though, that’s more up for debate.

Knowing how crazy, kooky, mysterious, spooky, and altogether ooky Manson was, people naturally felt the need to play with his image. So in addition to Manson myths that actually made semi-sense within his character, such as the time he supposedly removed his ribs so he could touch his no-no region with his own mouth, ridiculous myths were created as well. One of the oddest was that Manson had a history as a child actor; namely, that he played the lead wholesome kid’s just-as-wholesome best friend, Paul, from the 80’s sitcom The Wonder Years. Because isn’t that just wacky? Little Paulie warms our hearts as a child and then grows up to burn bibles in front of thousands while smearing himself in pig’s blood. 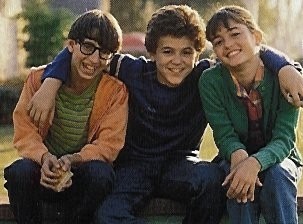 Maybe he blames Jesus for making him wear those awful glasses.

Makes sense, until you do the easiest thing on the planet and research the Wonder Years actors. Paul was played by a guy named Josh Saviano, who’s not even an actor anymore; he’s a fairly anonymous lawyer. And an additional three seconds of research would reveal that Manson’s slave name was Brian Warner. Rule of thumb to mythstarters: don’t spread rumors that anybody can debunk. Stick with stories we can’t verify, like the whole rib thing. Just don’t have them removed yourself; there’s a good chance you’ll actually need them.

In today’s world, if you can’t sing or play an instrument, you can be a famous rock star anyways. In the more artistically sophisticated 70’s however, somebody like Sid Vicious, who couldn’t sing a lick or even come close to playing his bass guitar effectively, was relegated to…being a famous rock star. Damn, so much for that little thesis. 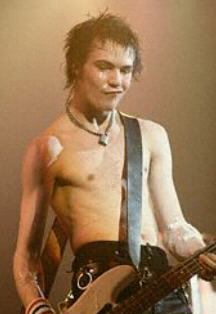 Do these bloody strings do anythin’ at all? Eh, toss it; who brought the smack?

Like many great rock stars, Sid Vicious died young and died hard. At the age of 22, Sid died from a heroin overdose, which may or may not have been administered by his own mother. That’s not the stupid story, however. By many accounts, Sid’s ashes have been spread over the grave of his long-time-forever-true-love of eleven months, Nancy Spungen, whom he may have killed via stab wound. Again, not the stupid story, and probably not the Spungen family’s personal favorite to share around the Christmas tree.

No, the stupidity arises from the rumor that Sid’s mother, likely drunk or high and on her way to bring her son’s ashes to Nancy’s grave, tripped and fell, dropping Sid’s final earthly remains into the ventilation system of Heathrow Airport, where they’re likely still floating around the airport and giving you hay-fever while you wait another six hours for your flight which was already delayed by four. This makes sense; after all, if the son was a mindless drugged-out loser, surely Mother was as well. It’s a typical family bonding experience we can all relate to.

Still another rumor regarding what happened to Sid Vicious: some believe that he survived, ran off to America, injected himself with ludicrous amounts of steroids, won a few wrestling championships, and then retired ingloriously after snapping his leg in two while attempting to hop three feet down to the ground. 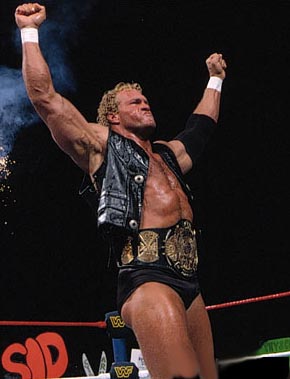 Next up is a rock myth that can be considered unique in that it’s actually true. Several years ago, several genealogists came out with DNA testing suggesting that talk-show host Oprah Winfrey and Elvis Presley are related. They also suggested that it’s a good thing Elvis didn’t live to see Oprah’s show, as listening to her warble about how men like Elvis are trashy cheating liars who done women wrong for too long would probably cause him to drive his pink Cadillac clean off a high cliff.

Once again, this myth is not technically a “myth” because it’s true. By most accounts, Elvis and Oprah do in fact share an ancestor from the slave days of 1800’s Mississippi. Oprah has alluded to this on her show by referring to Lisa Marie, Elvis’ daughter, as her “cousin.” Although it would be far more accurate to refer to her as Oprah’s cousin’s brother’s father’s nephew’s mother’s sister’s aunt’s great-niece’s uncle’s former roommate.

And then Oprah could have a big party because she’s surrounded by hundreds of family members and it’s a big reunion. Just like it is every day, really. And that’s the problem with this story being anything resembling a story. Technically, we are in fact all related. Every last one of us. According to a theory known as Pedigree Collapse, when two people mate and just happen to be related in some way, it reduces the chance of future offspring having distinct ancestors. Basically, after a few dozen millennia of humans reproducing, oftentimes in the same general area they grew up in with the same people they grew up with, we’ve gotten to the point where some scientists believe we’re all at least 50th cousins to everybody else on the planet.

It’s really no big deal to be related to somebody via and fourteenth cousin, thrice removed. And the sooner somebody can relate this fact to the news, the sooner we no longer have to deal with news stories about how Politician A is a nineteenth cousin of Politician B, which is so weird because they totally hate each other. So yes Oprah, you are related to Elvis. So are all of us at WeirdWorm. And so is that random homeless guy down the street who smells like a rotting eel. And so is his daughter, who is so Elvis in the face that it’s actually creepy, not to mention a little suspicious. 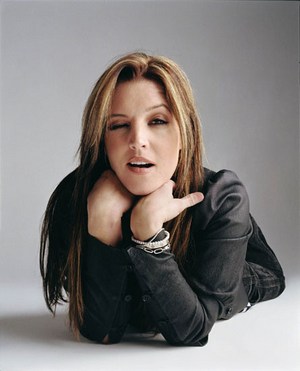 Maybe she’s a witch. Or a shapeshifter.