We all love a good cameo in a movie, because it adds a little bit of humor and makes us feel like we’re in on a pretty great joke. After all, you’re just sitting there watching the film, minding your own business, and then suddenly, BOOM, there’s one of your favorite actors or athletes or musicians standing their playing a tiny but often hilarious role in the proceedings. Not all cameos work, of course, as they sort of pull you out of the movie and wonder what the hell is going on and why the hell that person is there (see: Luke Wilson in 3:10 to Yuma), but when a cameo works, it’s a thing of beauty. These are some of the most random and awesome cameos in movie history.

We have to start with the most recent, not only because it’s the one that is most fresh in people’s minds but also because it is, arguably, the funniest movie cameo in cinematic history. Zombieland, if you haven’t seen it, is pretty much exactly what the title suggests. It’s about a rag tag group of survivors trying to get by in a world overrun by zombies, and our heroes find themselves in Hollywood when they decide to crash in a famous actor’s mansion for awhile.

The fact that the famous actor is Bill Murray is given away pretty much immediately upon their arrival, but heading into the film we as an audience expected him to not make any appearance at all, or show up as a zombie for about three seconds and get shotgunned to a second death. Instead, we were treated to what amounted to the funniest sequence of an already funny film, culminating in Bill Murray finally getting shotgunned, but in a much different way than we initially would have expected. Truly one of the all-time classic movie cameos, and we were truly sad to see him go. 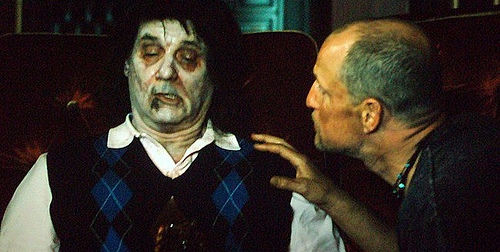 Dodgeball is one of those films that is not particularly great, but you find yourself watching it anyway whenever it comes on television (which is to say, all the freaking time). It’s about a random group of guys at a “fitness club” owned by Vince Vaughn who decide to compete in a national dodgeball tournament in order to win the money they need to keep their gym open. Yeah, it’s just as ludicrous as it sounds, but that’s also kind of the point.

At one point during the big tournament, Vince Vaughn, who really stretches his acting range here by playing Vince Vaughn, only if Vince Vaughn played dodgeball, seemingly grows disenchanted after the untimely death of the team’s coach and bails on his team, heading for the airport to get the hell out of Las Vegas just hours before the championship match. And then, sitting at the airport bar, up strolls Lance Armstrong, who might not be a natural actor, but delivers what just might be the funniest few lines in the entire film, and in the process guilts Vince Vaughn into rejoining his team. You have to love a random, bizarre cameo that isn’t only funny, but also serves as a major plot point. 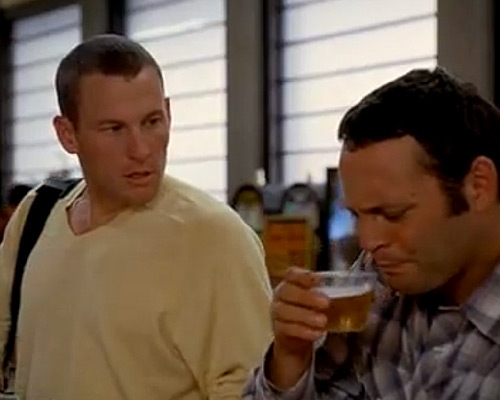 Now many of our readers are probably going to be too young to truly appreciate the genius of Mel Brooks, at least way back in the day. We’re talking about before he did crap like Robin Hood: Men in Tights and Dracula: Dead and Loving It. Young Frankenstein is vintage Mel Brooks, and is arguably his best work. It revolves around Gene Wilder’s character of Victor Frankenstein, a descendent of THE Dr. Frankenstein, who inherits the family castle in Transylvania and, after being slyly manipulated, sets to work creating his own monster.

The monster is played by the late Peter Boyle in one of the greatest physical comedy performances of all-time, as the monster has the body of a giant but the brain of someone Igor claims was named “Abby Normal.” One thing leads to another and the monster escapes the castle, and eventually finds himself at the doorstep of an old blind monk, played by the legendary Gene Hackman. Hackman, a big, intimidating dramatic actor, showed off some incredible comedy chops in a brief scene in which he blindly tries to take in what he assumes to be a giant mute, and hijinks abound. Hackman’s performance is great, and leads to some brilliant looks of exasperation from the monster, who finally decides to get the hell out of there for his own good.

Harold and Kumar, really, is just another stoner movie with a basic plot and a lot of gross out humor. Yes, it’s got some funny lines and exchanges between the two leads and their surrounding characters on their all night quest to find a White Castle, but for the most part, it could easily have been dismissed and forgotten as a mediocre comedy. And it would have been, if not for the incredibly random and unexpected appearance of everyone’s favorite TV child doctor.

Now, you have to remember, before Harold and Kumar, no one knew Neil Patrick Harris as anything but Doogie. No one knew just how filthy and hilarious he could really, truly be. And then came Harold and Kumar Go to White Castle, and his incredibly over the top performance as a womanizing, drugged up version of himself completely re-launched his career and led directly to his characterization of Barney Stinson on the show How I Met Your Mother. You know that when your movie cameo completely reinvents you as an actor and gets people to believe you’re a womanizing playboy despite the fact that you’re an openly gay actor, you did one hell of a job. 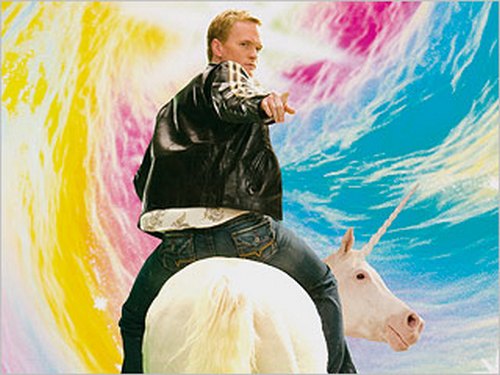 What list of cameos would be complete without the random and awesome appearance of everyone’s favorite game show host in Happy Gilmore? In the film, Happy is a hockey player turned professional golfer with a reputation for swearing and fighting even on the golf course. Naturally, he becomes one of the most popular golfers on the tour and at a Pro-Am is teamed with Bob Barker, the longtime host of the game show The Price is Right.

Happy is heckled throughout the round by a demented fan, and it causes him to play the worst round of his professional career, which in turn causes Bob Barker to grow increasingly frustrated because he really, really wants to win. What ensues is one of the most unexpected things we’d ever thought we’d see: Adam Sandler and Bob Barker getting into an all out brawl, with Barker completely dominating. That would have been enough to make it a classic cameo, but it becomes truly transcendent when Barker, standing over Happy Gilmore’s beaten body, looks down with disdain and calls him a bitch. 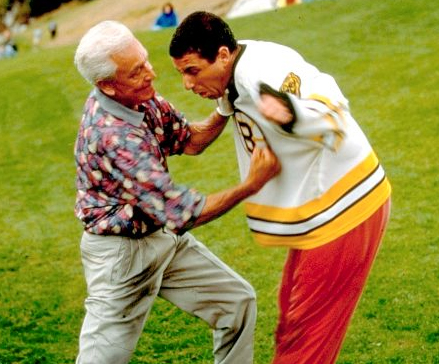