When you’re the figurehead of an entire religion, it casts you in a certain spotlight. People are going to pay attention to you and so help you God if you make a mistake. Of course, everybody makes mistakes, but few popes can claim a slip-up as severe as any of the following examples.

Any pope is still just as susceptible to greed as the rest of us regardless of awesome hats, and many popes land themselves on the naughty list for some form of corruption. But few compare to the story of Benedict IX. 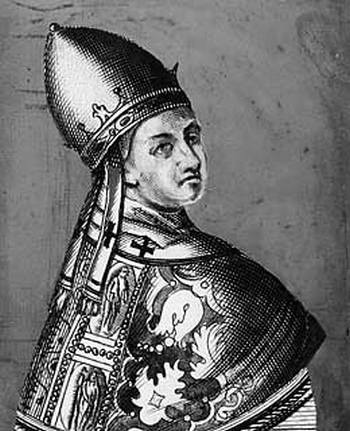 Benedict held that papacy three separate times (1032 – 1044, 1045, and 1047 – 1048). That looks pretty impressive on paper, especially if you don’t look any deeper into it than that. Hell, how many popes have scored the Holy Hat Trick? But the feat falls from “fantastic resume” to “horrible workplace violation” when you realize he only left the papacy because he sold it for quick cash.

It his first run ended when he was given the boot in favor of Sylvester III (Benedict was very young and had few qualifications for the papacy). He reclaimed his position for a single month in 1945 but sold the position to his godfather, a move so bold that no one thought it would ever happen and thus established no rules to prevent it. His third and finally attempt at making an honest go of it ended when he was once again kindly asked to get the hell out.

While Benedict may have sold the papacy (and maybe sexed a whole bunch of people), Alexander bought his way into it, bribing his two primary opponents and utilizing the various connections of his uncle, Pope Calixtus III. If that sounds more like the origin story of a super villain than it does a pope, get ready for a ridiculous history lesson. 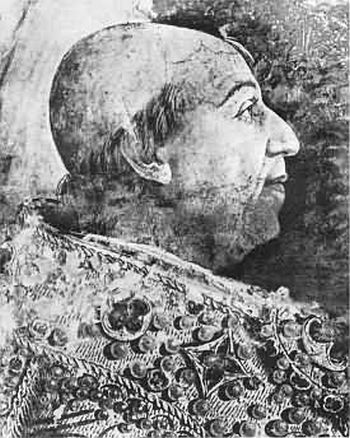 Also, he bore more than a passing resemblance to The Penguin.

Firstly, Alexander decided that previous popes just didn’t have enough bastard children, so he went all in on that front, fathering seven children that history can confirm. This wasn’t exactly a well-kept secret of the day as Alexander would often bestow his offspring with gifts, be they large amounts of money or positions within the church. This led to a bit of a problem with the budget, so to balance the books Alexander appointed more cardinals in exchange for payments. Then came plan B: either imprisoning or flat out murdering the wealthy and taking their money.

Alexander’s time as pope lasted from 1431 to 1503 and only ended with his death. As he lay dying with fever he allegedly confessed each of his sins and felt genuinely guilty, so there’s sort of a story of redemption buried in here somewhere so long as you can overlook all those terrible things that he did and was never held accountable for.

You may remember Boniface from Dante’s Diving Comedy where he resides in the eighth circle of Hell. While that may be a delightful bit of early 1300’s political/spiritual comedy, it was far from a joke for those who lived during his reign (1235 – 1303). For many it was a forgone conclusion.

You see, Boniface had two major problems. First was a desire for absolute power. Boniface made a push for giving the papacy final say in both spiritual and civic matters, essentially making him a king. This didn’t go over very well with actual kings. Those who opposed him were excommunicated on the spot if they were lucky (as was Dante). If they were unlucky, they fell to victim to his second issue, revenge. Boniface couldn’t handle being told “no.” When the Colonna family revolted from the papacy, Boniface sent troops to seize the city of Palestrina and had it completely destroyed, killing at least six-thousand people in the process. 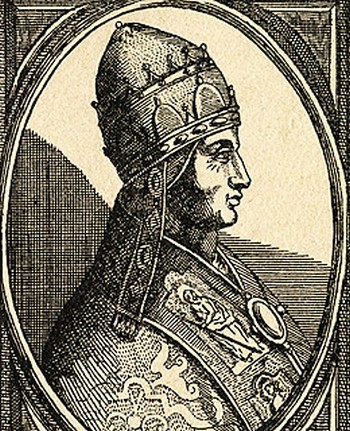 Boniface got his comeuppance in two forms. First, Dante sent him to Hell in The Divine Comedy, effectively killing the pope while he was still alive. Second, and perhaps more satisfyingly, he was jumped, beaten within an inch of his life and held captive for three days. He was eventually released but died of kidney stones shortly afterward.

Though historians have yet to designate a Bond villain of popes, our vote goes for Stephen VI. How bad was he? Well, we’ll put it this way: his rule was short lived (896 – 897) because the one terrible thing he had time to do got him murdered.

Stephen owed his election to the powerful Roman family Spoleteo. Now with the pope firmly in their back pocket, they executed a revenge plot against the previous pope Formosus. There was only one problem, however: he was already dead. To remedy what would otherwise ruin a perfectly good revenge plot, Stephen formed the Cadaver Synod to put the corpse on trial, reviving some charges that had been brought up when Formosus was still among the living. The corpse was found guilty (what a twist!). Stephen ordered Formosus to be stripped of his sacred vestments, the three blessing fingers of his right hand to be removed, annulled all his ordinations and had him buried in the clothes of a commoner. Then, the corpse was dug up a second time and thrown into the Tiber river because screw that guy all to hell. 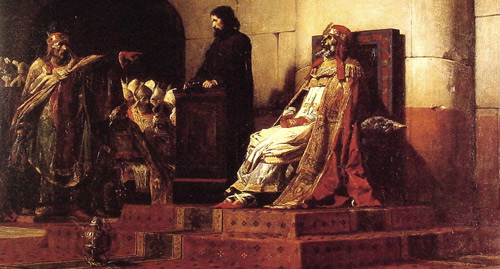 “More like habeus corpse-us! Get it? But seriously, the defendant is starting to rot here.”

While we’re sure double killing a pope makes you feel like a boss, it’s generally frowned upon by the rest of the church. Stephen was imprisoned and strangled to death. It’s currently believed that his corpse was never put on trial.

While Leo (known as “Mr. X” by his friends, we’re sure) did a great deal to help enhance Rome’s status as a cultural center in Europe, he had to spend a lot of money to do it. Basilicas and the like are very expensive after all, so much so that he had depleted that papal treasury in two years’ time. When he was on the verge of empting his own personal fortune (and the folks at Mastercard were knocking on his door) he decided the best way to make cash was to sell parts of the Vatican: furniture, artwork and the occasional treasure were sold off to highest bidder. 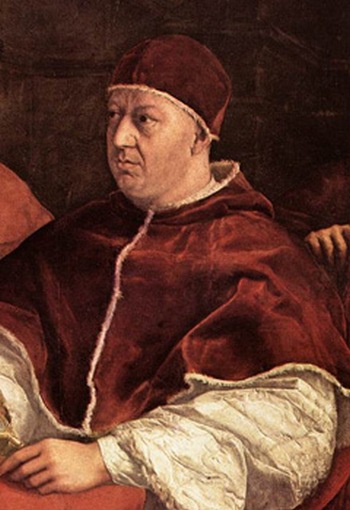 And you know what? That doesn’t seem so bad. But Leo wasn’t making enough bank at this point, so he made the controversial decision to issue indulgences, allowing sinners to find salvation in exchange for a donation.

Of course, people took notice of what was essentially the buying of salvation, and it raised more than one eyebrow. Leo ignored the criticism, however, leading to the founding of the Protestant Reformation.