The modern world of psychiatry has done its best to rid the world of mental imbalance. For any abnormal behavior, science has or is working on a pill or therapy to right the person and put them back in line with mainstream society. But what is ‘normal’ and how do we know one person’s disorder may not be another person’s key to awesomeness? Here are five “delightfully eccentric” individuals who managed to crazy their way to success.

Timothy Dexter was an uneducated laborer in colonial Massachusetts. From age 8 he was a mere laborer, but at the age of 16 he scored an apprenticeship with a leather dresser. He did well enough to attract the attention of a rich widow. Unfortunately, as a commoner, he was hated by the upper class. They decided to play off his ignorance, lack of sophistication and predisposition to whacky investments. They convinced the dolt to ship coal to Newcastle, England (the major center of coal mining in England), to send warming pans and mittens to the tropical West Indies and got him to hoard useless whalebone. 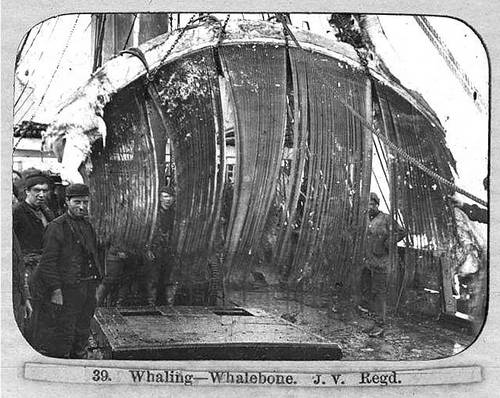 Those idiotic investments made him a richer man. His coal arrived in Newscastle during a major labor strike, causing desperate coal merchants to buy his stock at a greatly inflated price. The warming pans made a great ladling device for the molasses industry and Asian merchants bought the mittens for export to Siberia. Even the whalebone was immensely profitable when found useful for making women’s corsets.

To celebrate his fortune, he did what all fashionable rich men did: self publish a vanity book. His misspelled and unpunctuated “A Pickle for the Knowing Ones or Plain Truth in a Homespun Dress” was published in 1802 and much panned by critics. Despite being nearly impossible to comprehend, the originals are now collectors’ items, naturally.

John Mytton was an English squire who gained notoriety for his eccentric behavior. He also got into Cambridge despite being expelled from every school he ever went to. He brought 2000 bottles of port wine to sustain him. He dropped out when he found it boring. He then spent over 750,000£ to be elected to Parliament, but quit after 30 minutes when he found political debates boring.

What he found not boring was drinking, outrageous bets and dinner parties. He was most infamous for riding a bear into a dinner. Even when the bear bit his calf he kept it as a pet, only having it put down when it killed a servant (servant were, at the time, slightly more expensive to replace than bears).He once rode his horse to the top of a hotel and jumped the horse off a balcony over several diners. He also killed his horse by having it drink some of his beloved port wine.

He was an avid fox hunter who would strip naked in the course of the chase. He also was a medical innovator, successfully curing a bad case of hiccups by setting his shirt on fire.

“Mad Jack” was the subject of a biography by his friend Charles James Apperly. It was so popular that several reprints had to be ordered. Original copies or early reprints sell for thousands of British pounds at auction.

William Price was a successful doctor who jumped on the crazy train during a visit to the Louvre in Paris. He saw an ancient stone with a Greek inscription he believed was from a Welsh prince no one else had ever heard of. He took the inscription to be a prophecy that he would liberate the Welsh people from England by reviving the druid religion. He became a popular lecturer about Welsh history and the need to revive the Druid religion, all while wearing a fox skin headdress and other bizarre clothing.

The most impressive accomplishment of his life was establishing the legality of cremation. He was caught in the act of cremating his infant son, who had died of natural causes. In court he proved that there was no law against cremation, allowing the practice to spread in England and revival of the Druid cremation traditions.

His prophecy of liberating Wales did not come true, but he is regarded as one of the best Welsh Patriots. In the town of Llantrisant, a statue was built in his honor, showing him in his traditional foxskin headdress. 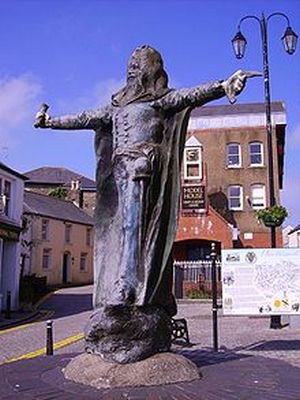