Who wouldn’t want to live in a world occupied by superheroes and super villains? Okay maybe not the villains so much. Still, imagine never having to worry about falling down an open sewer (as opposed to falling down open sewers 2-3 times a week). Or perhaps being free to roam through creepy alleys knowing Spiderman or Batman has your back. Well, snap out of it, watch where you’re walking and stay out of alleys because we’re doomed to live in crappy reality. The best our “not-so-super” world has to offer us are the following candidates… 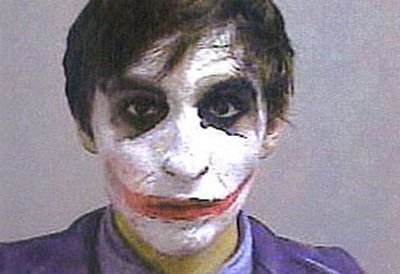 A few of you may recall a little known movie by the name of Dark Knight. Well in July of 2008, police arrested this 20 year old “real life Joker” after he went on a crime spree at a screening of the film. Aside from the cheap laugh you got from the above pic we assume you’re wondering what sort of maniacal plan he concocted to mimic the villainous clown prince of crime. What could possibly have warranted this kid’s assault on the Three Rivers 6 Theater while wearing a purple suit, green wig and face paint? 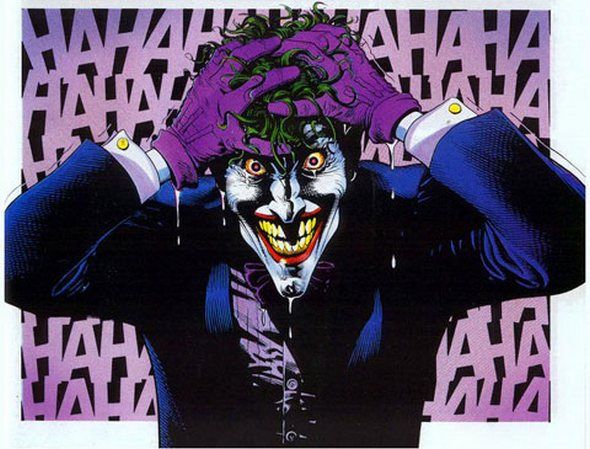 Quit racking your brains…we’ll tell you…

According to officers the youth apparently attempted to steal some posters and other items related to the Batman movie from the cinema lobby. 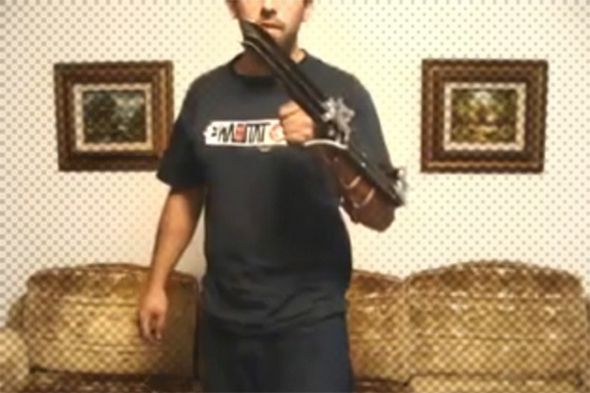 Before we begin this entry it’s absolutely mandatory that you quickly view this video. This young man is the closest we’ll ever get to a real life Wolverine…

For those of you unfamiliar with Marvel comics Wolverine (all zero of you) he’s one of the most popular X-Men characters around. He has it all…an unbreakable adamantium skeleton, heightened senses, a mutant healing ability and razor sharp claws which he uses to tear through enemies like toilet paper. 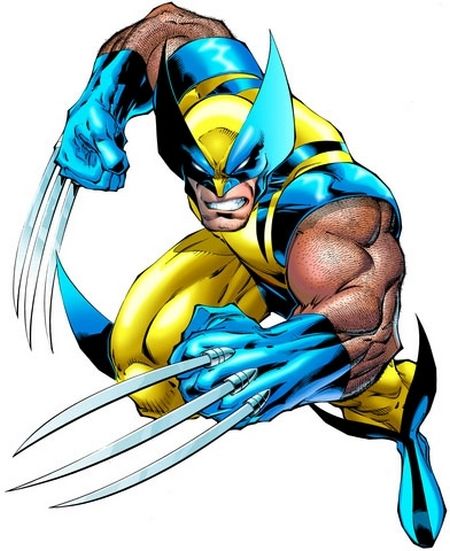 Comic geeks everywhere pop a boner at the mere mention of Wolvie.

As far as his real life counterpart goes, even we can’t deny those homemade claws are pretty awesome. As an invention, those are quite an impressive creation. What’s not so impressive is the now infamous YouTube video where he proceeds to use his deadly spring action claws to awkwardly rip through a cardboard box…while in the comfort of his living room of course. We’re not saying he should have headed into the woods and sliced through some local wildlife for our amusement. However anything outside of chopping away at a box on a stool could have made for a better demonstration. 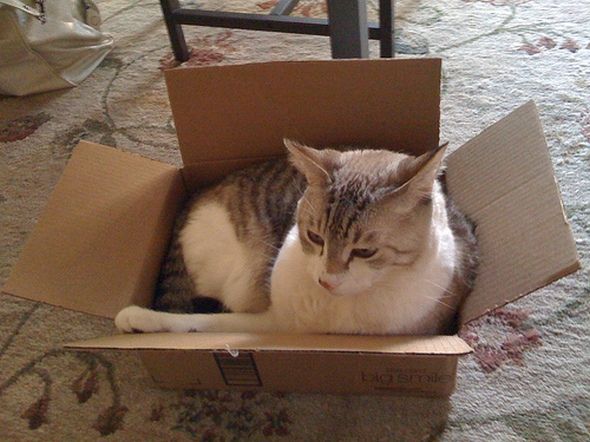 This kitty found a much better use for his box. 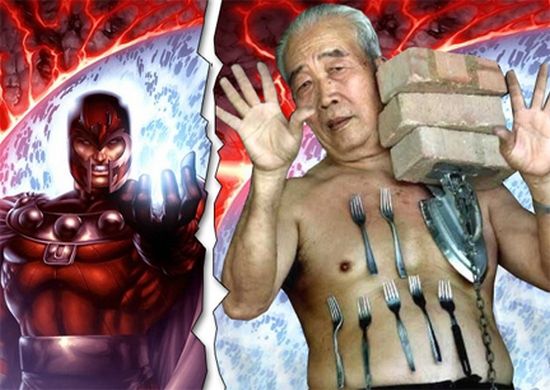 Looks like the dude with the homemade claws better watch his back. Meet Liew Thow Lin, the famous Malaysian “Magnetic Man”. Liew, is a retired contractor who discovered that he had the ability to stick various metallic objects to his body. How did he discover this odd ability? We’re guessing an afternoon alone with some screaming grandchildren led him to begin applying sharp objects to himself. To prove his villainous might, he made the news for pulling a car twenty meters along a level surface by means of an iron chain hooked to a plate on his midriff. 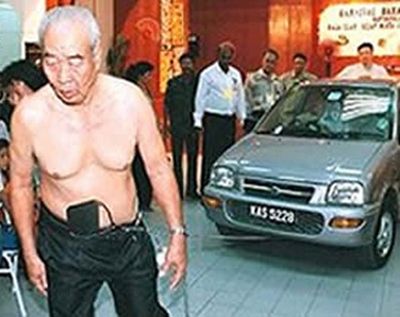 We officially suggest trying this one at home!

Dr. Mohamed Amin Alias, from UTM’s electrical engineering faculty in Johor researched the matter, and concluded that Thow’s skin actually has a special suction effect that can help metal stick to it. “These powers are not an illusion…states Dr. Mohamed, “…that is why his two sons and two grandchildren also have the magnetic-like ability. They have his genes.” Despite being labeled a real life Magneto and having some unique abilities, he’s going to have to form a Brotherhood of Evil Mutants and attempt to conquer the world to really impress us. 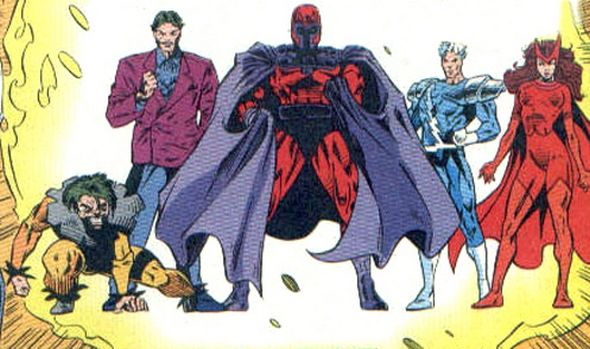