While struggling in obscurity during his own lifetime, Vincent van Gogh has gone on to become one of the most famous painters of the 1800s. And while most of that has to do with the quality and style of his work, part of our fascination is in the strange lifestyle he lived. As years passed, elements of his life have been embellished or fabricated, so much so that many important “facts” of his life are completely false.

Van Gogh was forced into an insane asylum by his neighbors/family.

It was common knowledge to anyone that knew him that van Gogh had some mental/emotional problems (we imagine you’d have to, to slice off part of your ear and give it to a prostitute), so it’s not unreasonable that he may have made his neighbor’s a little uncomfortable. However, he actually admitted himself against the wishes of his family, or at least those of his brother, Theo.

Van Gogh feared for his safety and the safety of those around him, so he isolated himself at the St. Remy Insane Asylum. Theo tried to argue that he and his wife could take care of him if only he’d move to Paris, but Van Gogh rejected the offer, presumably because he had at some point met a Parisian.

It’s also possible that Van Gogh thought the isolation would somehow benefit his art. He continued painting and drawing while in the asylum (against the wishes of the asylum employees) but quickly discovered that subject matter would be severely limited, so he began to create interpretations of other artists’ work as well as variations of his earlier work. Some of his most well-known pieces such as “The Starry Night” come from this period and many of them include swirls as a motif. 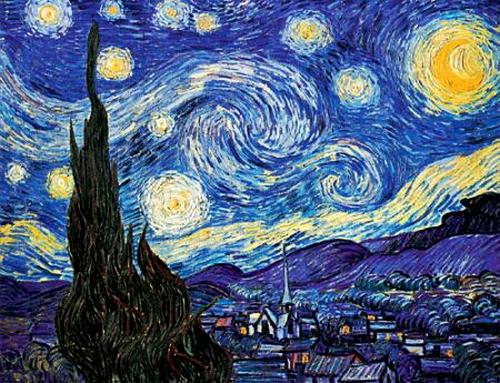 The work of a crazy man.

His Ear Was Sliced Off By A Friend

Anyone with even a passing knowledge of Van Gogh knows the infamous story of how he sliced off his left earlobe and gave it to a prostitute for safe keeping. This was seemingly done in a fit of rage after having an argument with friend and fellow artist Gauguin, who was staying with him at the time.

However, within the past few years a theory has been put forward that it was Gaugin himself who inflicted the injury and that the story was fabricated by van Gogh to protect his friend. Gaugin, an active fencer, had brought his equipment with him while staying with van Gogh. The story goes that at some point in the argument Gaugin drew his weapon to defend himself against an increasingly irrational van Gogh and accidentally sliced off the lower third of his ear. The story has its basis in letters to Theo wherein van Gogh mentions a “pact of silence.” However, if any such letter actually exists then it’s yet to be discovered. Gaugin had telegraphed Theo the morning after discovering his brother lying bleeding in his own bed, and the prostitute that received the ear piece notified police shortly afterward. 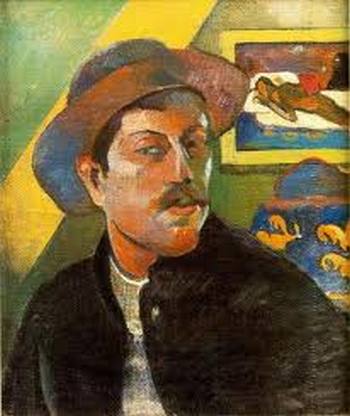 “I wear a hat for every artist I maim. Pray I don’t wear another.”

The official record states that van Gogh shot himself in the abdomen while either standing in a wheat field or in a barn. He didn’t die immediately, however, as the bullet ricocheted off a rib, dodged any vital organs and lodged itself in his spine. Surgeons who attended to him could do nothing, so he lit up a pipe and waited to die some twenty hours later like a boss.

Some folks have rejected this account primarily for two reasons: the gun he used was never found and there were no eye-witness accounts to the suicide attempt itself. Biographer Edward White Smith, also suspicious of the account, dug deeper to try and discover a more believable reason.

In his research he uncovered an interview with a businessman who claimed to have regularly teased van Gogh with his brother. This is only notable in that he met van Gogh in the final years of his life and he admitted to owning a malfunctioning pistol as part of a cowboy costume.

Smith then uncovered a second article from the year of van Gogh’s death. The author had asked the peasants working in Anvers (where he died) if they had any accounts of the day. Someone claimed that he’d been shot by two teenagers but for whatever reason didn’t tell the police, most likely because it was an accident involving the malfunctioning pistol.

However, as strongly as anyone can argue there’s no evidence supporting the suicide theory, there’s really nothing holding up the accidental murder thing, either, short of the words of strangers.

Van Gogh Never Sold A Painting in His Lifetime

This one is a little tricky. Van Gogh’s brother Theo supported him financially throughout his life. However, van Gogh was never really comfortable with the arrangement and feared he was a burden on his brother. To try and balance things out, van Gogh turned the donations into transactions; he would send paintings to his brother whenever he received money with the hope that he could then sell them and make his money back.

Unfortunately, Theo wasn’t able to sell many of the paintings. We know of one specifically, “Red Winefields at Arles,” which sold for the equivalent of one-thousand and two-hundred dollars. It’s possible that Theo may have sold a few other paintings but records of said sales don’t exist. Because all the paintings first went to Theo, it’s said that van Gogh never sold a single painting in his lifetime. 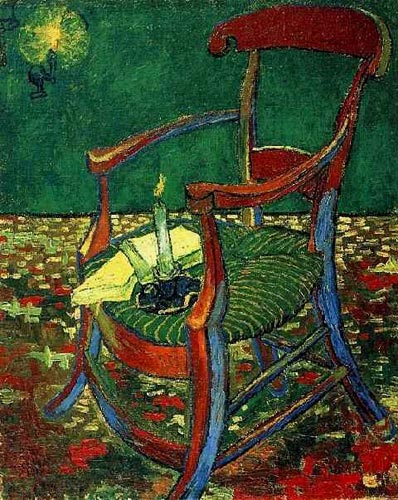 Who could possibly pass on “Wacky Chair #3?”

The irony of course is that his work had become incredibly valuable after his death. Theo may have stood to make a small fortune with his remaining paintings, but he died of syphilis six months after his brother’s suicide.

His Last Painting Foretold His Suicide

Many people believe that van Gogh’s final painting is “Wheat Field with Crows.” In hindsight this makes perfect sense knowing what we do about his mental state and suicide and well, just look at it: 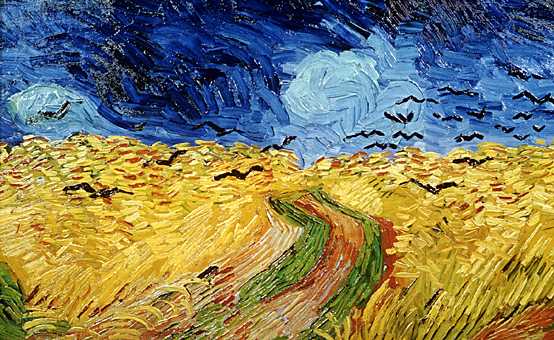 The mood certainly isn’t a happy one. However, it can’t be placed for certain as his “final” work, nor that it alludes to his suicide. In his letters to Theo he regularly mentioned the pieces he was working on at the time. The final letter sent four days before the suicide only mention two pieces: “Daubigny’s Garden” and “Cottages with Thatched Roofs.”

Using his paintings as a time line, it’s reasonable to say that Wheat Field with Crows was painted in his final weeks; it depicts fully ripened grain while early works show the grain as still being green. As his then current canvas couldn’t be found after his death, it can’t be said for certain just what the last piece was.