Home Home 5 Movies You Might Not Know Were Remakes

It’s not really a secret at this point that there isn’t a lot of originality in Hollywood. Pretty much everything that comes out these days is based on a book, or it’s a sequel, or a prequel, or a remake of an old beloved classic film from yesteryear. Of course, originality is even scarcer in Tinseltown than you probably realized, considering some of the movies that have been released over the years that you might not have even realized were actually remakes. 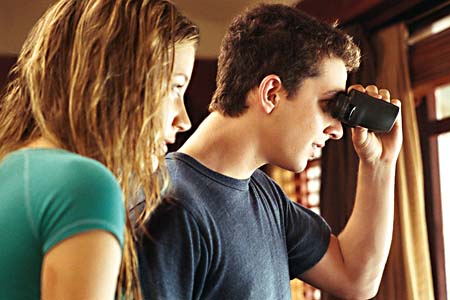 Disturbia tells the story of a time when someone got to lock up Shia LeBeouf and confine him to his home and he got so annoying that his neighbor tried to kill him. While it sounds like it could be a documentary, it’s actually based on one of the all-time classic suspense/murder mystery movies, Rear Window. Once you stop and look at the similarities, they really do jump out at you.

Rear Window is an Alfred Hitchcock classic starring Jimmy Stewart as a photographer who is stuck in his apartment all summer thanks to a broken leg that’s got him confined to a wheelchair, and over the weeks he starts to watch his neighbors in his apartment complex and becomes suspicious that the man across the way has murdered his wife. Well, if that sounds similar to the plot of Disturbia, it should. In this modern update, Shia LeBeouf’s character punches his teacher and is kept on house arrest all summer as a punishment, and notices his mysterious new neighbor might in fact be a serial killer. As far as Shia movies go, Disturbia is actually pretty good, though Jimmy Stewart would probably roll in his grave if he realized that the dude from Transformers was playing his role. 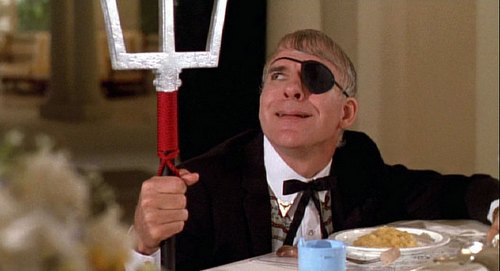 Dirty Rotten Scoundrels has become, over time, something of a cult comedy classic. It was relatively well received when it was released in 1988, and featured a stellar cast headlined by Michael Caine and Steve Martin as a pair of dueling con men trying to woo an heiress and steal all of her money. Of course the joke is on them when it’s revealed that she’s not an actual heiress, but an even better con artist, and she swindles them both. Oh, spoiler alert. Sorry.

What you probably didn’t realize is that it’s actually an unofficial remake of a 1964 movie called Bedtime Stories, which starred David Niven and Marlon Brando. Of course, one of the oddest things to wrap your head around is the fact that Marlon Brando starred in a comedy, since we don’t expect him to be funny unless it’s unexpected comedy like The Island of Dr. Moreau. Just like Dirty Rotten Scoundrels, the plot involves a pair of con artists who vie for the affections of an American soap queen who turns out to be nothing of the sort. Dirty Rotten Scoundrels has never been officially recognized as a remake, but the similarities are pretty freaking hard to ignore. 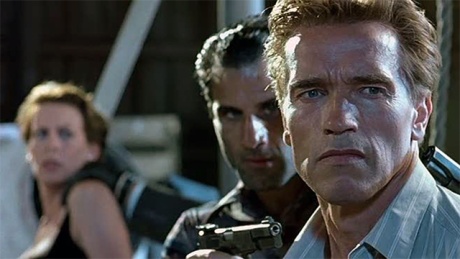 While you may have had an idea that Disturbia was a loose remake of Rear Window, and you have actually read somewhere that Dirty Rotten Scoundrels was not an original concept, we’d be a little stunned to learn that you actually knew James Cameron’s acclaimed action comedy starring Arnold Schwarzenegger and Jamie Lee Curtis was actually a remake. That is the case, however, as this film was a remake of the French film La Totale!, a film that came out a mere three years before True Lies, which opened in 1994.

Just like True Lies, La Totale! revolves around a seemingly mild mannered businessman who is in fact a secret agent who spends his days foiling terrorists and infiltrating weapons rings, meanwhile oblivious to the fact that his wife is growing more and more bored with her boring husband and is starting to develop a wandering eye. True Lies was a smash success, and there have been rumors of a sequel pretty much since it came out, though an actual sequel has never materialized. Probably because James Cameron is waiting for the right new French film from which to steal the plot. 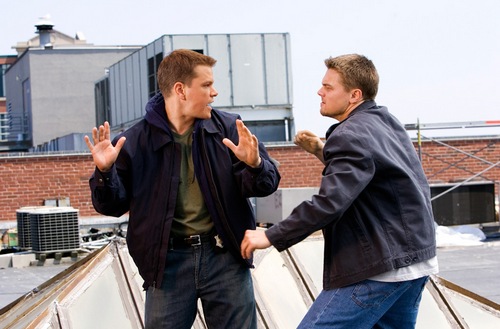 The Departed is one of the most acclaimed movies of the last decade, garnering multiple Oscar nods and boasting a stellar cast that featured the likes of Jack Nicholson, Martin Sheen, Mark Wahlberg, Matt Damon and Leo DiCaprio. It dealt with all sorts of double agents within the world of the Boston mob scene, both with a connected guy infiltrating the authorities while a cop infiltrating the criminal underworld at the same time. The lesson it teaches, of course, is that apparently it’s ridiculously easy to fool cops and criminals in Boston for some reason.

Of course that also apparently means it’s really, really simple to infiltrate the mob in Hong Kong as well, since the film is a remake of the 2002 film Infernal Affairs. Infernal Affairs was wildly successful, spawning both a prequel and a sequel. Unlike some other films on this list which are only loose remakes, this one is pretty much a direct remake. Seriously, the plot of The Departed is almost entirely identical, though the original avoided using the ridiculously on the nose ending in which a rat crawls across a balcony with the Massachusetts capitol building in the background. Yes, thank you Martin Scorsese, we get it. Stop hammering us over the head, please. It doesn’t feel good. 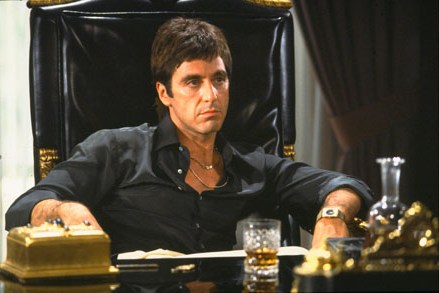 Scarface, at this point, is famous for a handful of things. The first is Al Pacino’s ridiculously over the top Cuban accent, the second is the giant mound of cocaine he has on his desk in the film, the third is the line “Say hello to my little friend”, and the fourth would probably be the fact that every single rapper in the world believes that enjoying Scarface is a requirement on the road to street credibility.

What most people probably don’t realize, of course, is that Scarface is a loose remake of a 1932 film of the same name, which also focuses on an ambitious mobster and was produced by the one and only Howard Hughes. The film focuses on warring gangs and the police attempting to stop the all-out gang warfare as the two factions fight for control of the city. Of course, unlike the 1983 remake it doesn’t focus on a Cuban gangster, and it isn’t nearly as violent. And, naturally, with the renewed popularization of Scarface, the 1983 version is in talks to be remade, because no one in Hollywood has had an original idea since approximately 1972.