The movie sequel is a fickle business. Studios love them because they honor the time tested tradition of doing successful thing over and over again regardless of whether it makes sense. Feelings among critics and viewing public span a greater spectrum, and rightfully so. For every Terminator 2 or Godfather Part 2 there are about fifty Caddyshack 2’s or Phantom Menace’s.

On the ladder of entertainment, there exists a rung below that of the bad sequel. Lower than an off Broadway play, lower than Twilight fan-fiction, lower even than whatever is playing on VH1 at any given time of day… the unauthorized sequel. Sequels in, very literally, name only. They are films that latched on to a moneymaking name to give themselves legitimacy and prey on nearsighted grandmothers shopping for Christmas gifts for their soon to be bitter grandchildren.

And it is from this wasteland that we bring you the standouts.

The first Troll movie is actually a fairly forgettable 80’s horror flick, grossing a little over five million. The 1980’s really belonged to the “slasher” films and, more importantly, to the guys doing the slashing: Kruger, Voorhees, Myers… really anyone with a mask and a burning distaste for horny teens. Troll went back to the days of mythical creatures as antagonists. A troll-wizard named Torok turned people into various creatures with a magic green ring. Also, Sonny Bono and the chick that played Elaine on Seinfeld were in it. It’s mostly remembered nowadays because one of the characters happened to be named Harry Potter. 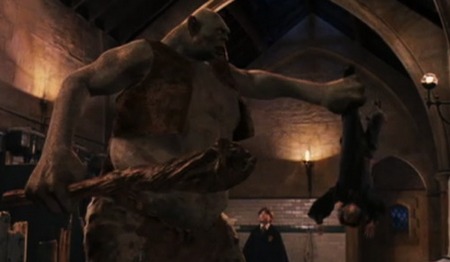 This made close to a billion dollars more with only a slightly less stupid concept.

Let’s get it out of the way: Troll 2 is about goblins. Just goblins. There isn’t a single troll in the movie. There isn’t even a Seinfeld alum making an appearance. In fact, none of the actors would ever work again. The film was an Italian financed flick that was actually supposed to be titled Goblins, but was changed for the US release to get in on all that coin that Troll 1 wasn’t actually raking in. What these fans, if they existed, got was something closer to a war crime.

The plot is a mess of Plan 9 proportions. Thanks to almost no budget, dime store costumes and some of the worst over- and under-acting in the history of cinema, it was actually ranked for a while as the worst film of all time by IMDB. It has since slipped to 58th place, thanks largely to a cult following from people who think “it’s so bad it’s good” is actually a thing. 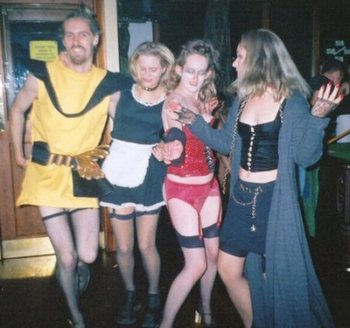 “Doing the Time Warp” is a pretty good indication of being a Troll 2 fan.

Continuing the tradition, there was also a Troll 3. Naturally, it was about killer plants.

Universal Soldier came out in 1992, back when America still accepted that action stars could be named Jean-Claude. Part action and part sci-fi, it told the story of a secret government program to reanimate dead Vietnam vets to make them super soldiers. Apparently army recruitment really was that low back then, and they didn’t even know Gulf War II was in the cards. Anyway, there’s shooting and some wayward emotions and a whole lot of stuff that Terminator 2 did way better. 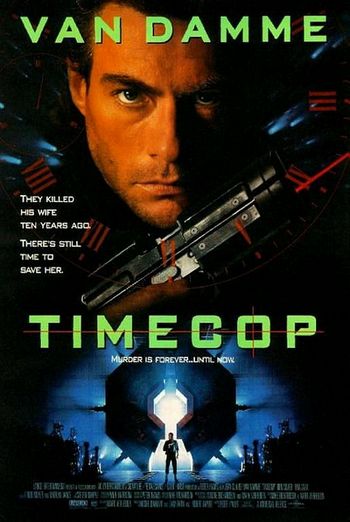 This is just one of dozens of dandies from the good people at “The Asylum”, a film studio and distribution company. Their movie, Universal Soldiers (note the ‘s’), is especially glaring because it came out fifteen years after the original film. Oh, and the two have nothing to do with one another, on screen or behind the scenes. It follows a group of soldiers who have to visit an island to pick up a Professor of Clichéology or something. Once there, the monster they’re possibly studying takes up the duel role of hunting them down and boring the audience. 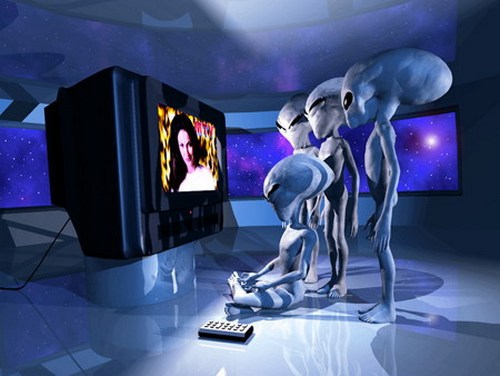 Yeah, boo, or whatever.

The saddest part about this movie is how bad they knew it was when they were making it. The production value, acting and writing are all perfect examples of why not all film is art. It would have taken ripping off a much bigger name and better quality movie to make this schlock come anywhere close to making bank.

The original Open Water was an unexpected success, raking in over 55 million at the box office with a budget of less than half a million. It was the brainchild of a husband and wife team who decided what their marriage needed was the stability that can only come from becoming business partners on an indy movie about an unproven concept. Based on actual events, a married couple go scuba diving on Australia’s Great Barrier Reef and in a shocking twist (that surprises only the least pessimistic among us) get left behind. The film deals with themes of isolation and fear, though we won’t spoil the chilling ending. 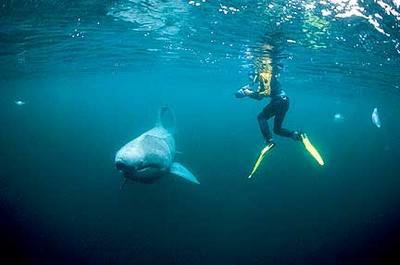 Try not to draw any conclusions from this unrelated picture.

In another case of international movie makers looking to cash in, the German made “Open Water 2: Adrift” came out in 2006. Rather than deal with the abandonment and terror of the unknown found in the first film, this pretender to the throne was about a bunch of idiots who jump off a boat without the foresight to lower the swim ladder. Then a bunch of them die because of sheer idiocy. Also there’s a baby for no reason. Suspense!

The film claims to also be based on true (but stupider-than-the-original) events but in fact it is based on a short story called, of all things, “Adrift”. Of course, none of the characters or crew from the original film were involved with this rip-off; they just slapped the name on after the first one became a success.

Needless to say, it cost far more to make and earned much less than the first film did. Funny how often that seems to happen. Almost like there’s a lesson to be had. Moving on…