Home Books 5 Movie Adaptations of Books That Are Truly Awful

It’s tough to adapt a book into a movie, let alone a high quality movie. There are so many factors, such as getting the tone of the film right, casting believable actors in the roles of characters that the audience has likely already imagined while reading the source material, and condensing hundreds of pages down to roughly two hours while making sure the whole thing makes sense and has good pacing. Some folks pull this off quite successfully, like when Godfather and Lord of the Rings were both turned into movies. The same can be said for The Shawshank Redemption and Forrest Gump, which most would agree are better on film than on the page. Of course, some adaptations are, well, not quite as successful.

Now Dan Brown’s novel The Da Vinci Code is hardly classic literature, but it was a worldwide phenomenon when it was released and sparked a feeding frenzy between the studios to pick it up and put it on the big screen. It seemed to be in good hands when it ultimately found its way to director Ron Howard and movie superstar Tom Hanks. The casting was pretty superb across the board, particularly when they got Sir Ian McKellen involved in the pivotal role of Sir Leigh Teabing.

But man, did something ever go horribly, horribly wrong. For starters, you had the genius who decided Tom Hanks should have shaggy hair. Man, that hair. It may be the most embarrassing thing Hanks has ever done for a movie, and this is a guy who has shared extensive screen time with a dog and a volleyball and, oh yeah, launched his career by dressing in drag. But more than just his humiliating coif was the horrible pacing of the film. The book succeeded largely because it was a thrilling page turner that left you breathless from one page to the next. There was hardly a pause in the action. The movie…well, they went the other way. It was a plodding mess, and turned an exciting book into an excessively dull movie. 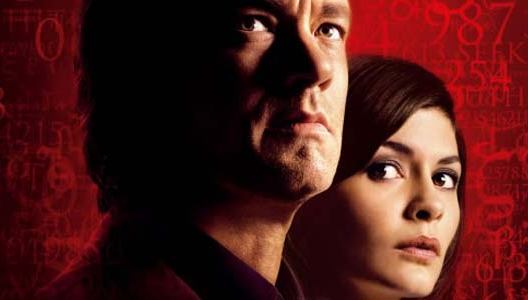 One of the all-time classic works of American literature, The Scarlet Letter is one of those books that everyone is assigned to read in English class, but no one ever actually does. Thank goodness for Cliff’s Notes. Anyway, despite the fact that you’ll be hard pressed to find anyone who has ever actually finished the book, it’s considered a classic and because of that has been turned into a movie a few times over. Most recently, it was directly adapted into a 1995 film starring Demi Moore and Gary Oldman.

It is a story about adultery, with the main character, Hester Prynne, having an affair with a reverend, in this version played by Gary Oldman. The book deals with the aftermath, with Prynne punished by being forced to wear a scarlet letter A on her chest to make sure no one forgets she’s a bit of a hussy. Of course, the movie doesn’t really care about any of the moral implications as much as it tries to create steamy sex scenes and take advantage of the fact that, in 1995, people still pretty much universally found Demi Moore totally smoking hot. We really kind of feel bad for Gary Oldman, who is one of our greatest actors but just has a knack for starring in bad movies. We’re looking at you, Tip Toes. 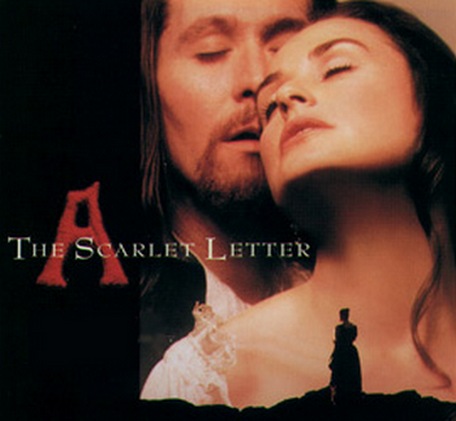 Now before you get all up in arms over this one, let us assure you we are not talking about the 1960 classic starring Rod Taylor, but the 2002 atrocity starring Guy Pearce and directed by Simon Wells. The book was written by the one and only HG Wells, and is largely considered one of the finest works of science fiction literature ever produced. By the way, if you’re just chalking up the fact that it was written by HG Wells and directed by Simon Wells to coincidence, you’re wrong. Simon Wells is a direct descendent of HG Wells, which makes what he did to the book that much more mortifying.

The original book was a study of social Darwinism and to a degree a critique of capitalism, but apparently Simon Wells wasn’t interested in teaching any lessons other than how not to adapt a book for the screen. Instead, he decided to make it a giant special effects action movie with embarrassing looking creatures, and he finished off by taking the pages of the book that concerned the plot and used them as toilet paper, we’re assuming. 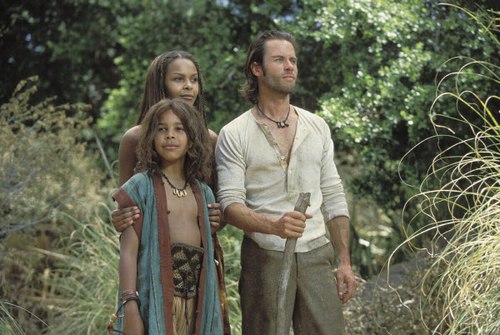 The Island of Dr. Moreau

Hey, you remember that HG Wells guy we were talking about? You know, the guy who wrote all sorts of amazing science fiction and adventure stories back in the 1800’s? Well guess what? Apparently Hollywood just can’t get enough of crapping on his legacy, because in 1996 director John Frankenheimer produced a festering turd of an adaptation of Wells’ classic story The Island of Dr. Moreau, starring Marlon Brando and Val Kilmer. Some people may not be overly familiar with the plot of the story, mainly because everyone who saw the movie was so distracted by how fat and weird Brando was in the film.

The actual story is about a mysterious island occupied by a brilliant, but mad scientist named Dr. Moreau, who uses genetic experimentation to engineer hybrid human/animals. Naturally, things go horribly wrong, as these types of experiments are wont to do. Anyway, none of that really matters in the film adaptation, which was a critical and box office bomb upon its release. Let’s put it another way and point out that the character of Mephisto in South Park, who is obsessed with the idea of genetically engineering lots of extra butts on animals, was based on Brando’s performance in this movie. 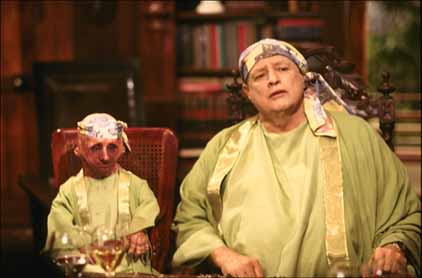 Okay, now there are a lot of bad books turned into movies, and Eragon is about as far from a classic work of literature as you can get. However, we feel the need to include this one largely because the Eragon was the first in a series of books, and this movie bungled things so badly that they actually killed any chances for a sequel not just with the poor quality of the film as a whole, but because they destroyed plot threads that were vitally important for the sequels.

It’s one thing to trim some plot points from a book when adapting it for the big screen, but it’s quite another to literally cut out crucial elements that, ultimately, keep you from being able to actually make a sequel. Granted, if anyone wanted to watch a sequel to the story from Eragon, they could just go rent the Star Wars trilogy and get a lot more out of it than they would by watching this dreck in the first place. 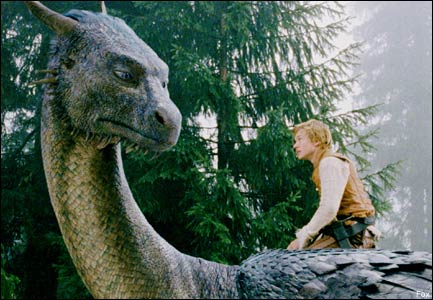