Home Animals & Nature 5 Most Terrifying Powers of the Insect World

Are you scared of bugs? If not, you should be. Not only do they out number us humans by an absurd margin, they’ve also been granted horrifying powers by Satan himself. It’s not enough that bees fly or that cockroaches can survive the impending nuclear holocaust. No, that nonsense is child’s play compared to these creepy bastards.

Despite there being way more insects than any animal on the planet, most of them aren’t a reason to stay awake at night. That’s because, when it comes to the order of things, bugs are pretty much at the bottom of the totem pole. However, many species seem to be playing by the maxim that when your predators include everyone else on the planet, you need to get busy pulling together an elaborate defense or get busy dying. Or, bar having some awesome defense mechanism, just be scary as balls. 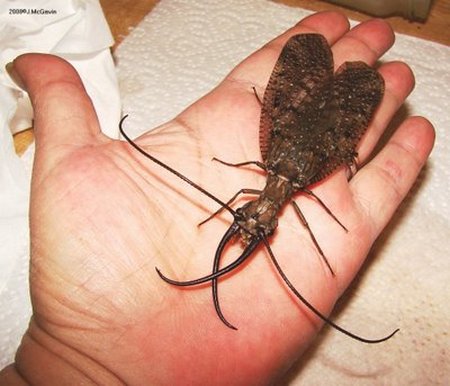 When it comes pants-crapping terror, beetles are pretty much lacking. Unless, of course, you’re the bombardier beetle (which has also got to be the coolest name for anything ever). When threatened, the beetle releases two separate chemicals from its abdomen which combine to form a spray which is both noxious and near-boiling. Your only warning that your day is about to be ruined is a popping sound before the spray bursts, which will only leave you more vulnerable as you wonder where the hell that sound is coming from before OH DEAR GOD IT BURNS. 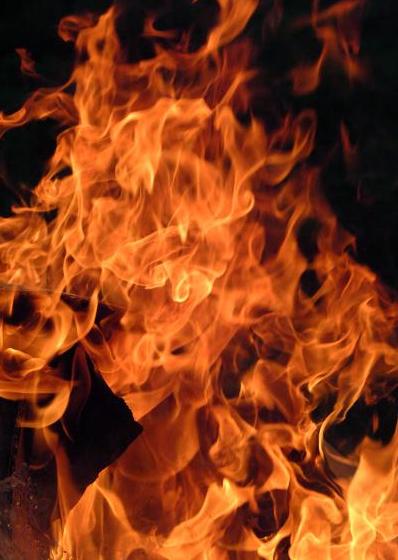 The work of beetles?!

The mere existence of bombardier beetles is controversial. Creationists argue that the internal design of two separate chambers (for storing both hydroquinone and hydrogen peroxide) as well as a “mixing chamber” which houses water and enzymes, could not have possibly been the result of evolution as proposed by Darwin and is an example of intelligent (and badass) design. If true, our God is indeed an awesome, terrifying god. 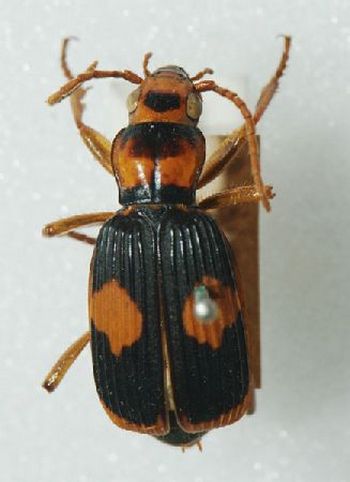 Voodoo is religion commonly confused for a form of black magic practiced by fat girls the world over. Wasps are a violent species of insects commonly confused with a questionable rock band. When the two collide like a horrible train wreck, the results are as magical as they are deeply disturbing. 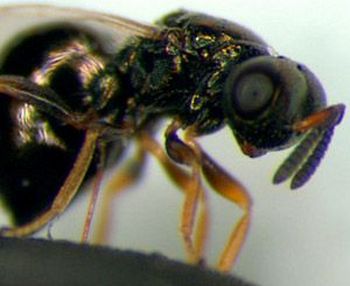 Voodoo wasps are called such because of their ability to turn caterpillars into what amounts to a zombie. This charming process begins when the wasp lays its eggs inside of the caterpillar, around eighty at a time. The caterpillar is perfectly fine until the eggs hatch into larvae stage, during which they feed off the caterpillar’s bodily fluids. Once fully grown they eat their way out of the caterpillar and spin cocoons nearby. And so goes the circle of life. Sunrise, sunset.

Except the caterpillar isn’t dead yet. Instead it stands over the cocoons as though being controlled by the growing larvae inside. Should anything have the misfortune of approaching the cocoons, the caterpillar will thrash about until the predator is knocked away or is freaked out enough to leave on its own accord. Once the wasps hatch from the cocoon, the caterpillar finally kicks the bucket. The wasps then show their gratitude for their brave guardian by eating its bod. It’s sort of like nature’s Stockholm Syndrome meets Texas Chainsaw Massacre, and it looks something like this:

Much like the previous entries, army ants live up to their name. With colonies reaching well over one-million members, a single group of army ants are rivaled only by the KISS Army, and even then the odds are still in their favor. Their massive jaws are extremely painful, leaving two puncture wounds not unlike a vampire. 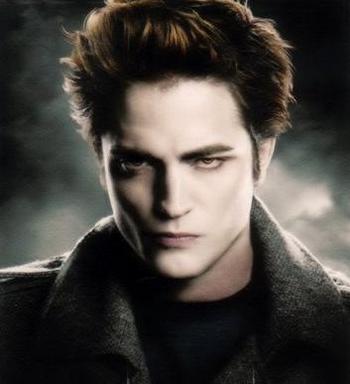 Army ants also happen to be blind which, following the Daredevil theory of disabilities, serves only to make them more powerful and a huge box office drag. It may also explain their thorough dependency on teamwork. Their raids consist of columns made up of millions of ants, all of whom pick a single direction and walk until they find something. Then they proceed to tear that something apart because that’s just how they roll.

They know they hold one of nature’s deadliest weapons and also know how to use them, eating just about anything in their path. 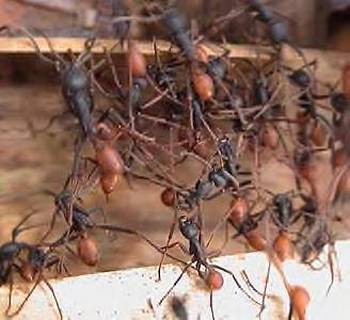 And in case the point wasn’t already made, the bite of an army ant is a unique and painful experience. Should you find yourself traveling the Amazon Basin and prey to a raid your first instinct will probably be to cry and cuss a whole bunch. Your second instinct may then be to pull them off. But the strength of their jaws is so great that the ant itself will get torn in two before it lets go (which it won’t do for days). Some parts of Africa actually use the army ant as emergency sutures during surgery, which must do wonders for the pain.