It is a fact that Bitcoin is the most popular cryptocurrency in the world. People that are only heard about this industry usually know about this certain crypto coin.
People that want to try out their investing skills usually start with studying Bitcoin. However, it is good to mention that huge popularity means that huge competition also exists.

Because of that, you need to know how to analyze things and recognize the right opportunity to sell or buy a BTC. Some Bitcoin traders might help you become more effective. That’s why we suggest you visit cryptoverze.com and see which opportunities this Bitcoin trader offer.

Anyway, it is important to say that not Bitcoin is not the only perspective crypto in the world. Many of them are less familiar with the people that are interested in this industry.
We will provide you with the list of most popular cryptocurrencies despite BTC that can bring you a fortune.

The first alternative to BTC for many crypto investors is definitely ETH. However, it is important to mention that Ethereum itself is not a cryptocurrency. It is the decentralized software that enables Decentralized Applications and Smart Contracts to the users. These two features ensure that users are protected from any type of theft or fraud.

The popularity of this platform drastically started to grow in 2015. Because of that, Ethereum software developers developed their coin under the name Ether. Thie marketing cap of this cryptocurrency is on the second place after BTC. However, that doesn’t mean it is close to BTC. Believe it or not, the marketing cap of BTC Is ten times higher of the Ether’s marketing cup.

This platform had some problems in 2016. There was a hack attack that divided this platform into Ethereum Classic and Ethereum. The value of 1 coin is currently around 150 dollars.

If you are looking for a network that will ensure you instant, certain, and low-cost international payments, then Ripple is the right place you should visit. The history of this network started in 2012. At that moment, Ripple was enabling banks to settle cross-border payments in a faster way with low costs.

Believe it or not, this network doesn’t require mining. This is the only platform that comes with this unique feature. However, that doesn’t mean that Ripple’s XRPs were not minded before launching. It only confirms that the “creation” of new XRPs stopped over time.
With this unique offer, the network wanted to split from BTC and other cryptocurrencies. It seems that they made a good move. The current marketing cup of the Ripple is around 9.2 billion dollars. The value of one token is currently $0.21, which puts this cryptocurrency in the second place of our list.

Nine years ago, this popular cryptocurrency was well-known under the name “silver to bitcoin’s gold.” It was the first crypto that was able to follow the domination of the BTC. However, the competition was not as tough as today, and now they are in the third place of our list.

This currency was developed by Charlie Lee, who was an MIT graduate and former Google engineer. This cryptocurrency is based on an open-source global payment network. This basically means that neither of the central authorities controls this network. Yet, that doesn’t mean it is not safe for the users. It uses the so-called “script” algorithm as proof of work.

The developers of Litecoin tried to attract people differently. It contains a faster block generation rate, which ensures a faster transaction time.

The popularity of Litecoin continues to grow because many merchants around the world accept it as a payment option. The current market cap is around 3 billion dollars. Despite that, the value of a single coin is currently 46.92 dollars. These facts put LTC on the 6th place of the largest cryptocurrencies in the world.

Well, the first thing that we need to mention is that Tether was one of the first “members” of the so-called “Stablecoins Group.” This group includes cryptocurrencies that aim to peg their market cap to a currency or other external reference point. More precisely, each of the cryptocurrencies from our list had a turbulent history. There were many ups and downs, and their value has drastically changed in some moments. Well, with Tether, things like that have never happened. The developers tend to use price fluctuations to attract users.

The history of this crypto started six years ago. The developers described it as a blockchain-enabled platform that can facilitate the use of fiat currencies in a digital manner. Currently, Tether’s marketing value is around 4.6 billion dollars, which puts it in 4th place in the world. The value of one token is currently 1 dollar.

Okay, this time, we will try to look into the future. Currently, Libra is one of the most-hyped cryptocurrencies in the world. However, this crypto is not even released yet (it will soon), which makes the story even more interesting.

Yet, why do we think that this cryptocurrency is going to reach a global success?
Facebook has billions of users in the world. The global reach will potentially bring them a huge number of exchanges. Keep in mind that Mark Zuckerberg is also an owner of WhatsUp and Instagram as well. He is a genius of promotion, and we are sure that Libra is going to be the main competition for BTC.

However, we do not know a lot about this currency. The only thing that is published about it is a white paperback in June 2018. That is the only document that is associated with this subject.

Before we say “goodbye,” we want to say one more thing. It is necessary for each of these cryptocurrencies to educate yourself. Do not invest larger amounts of money before you are completely sure about your skills. Use apps that could help you reach better results. They can be great help for you, because you can read some reviews testimonials before yo consider investing as shown here. 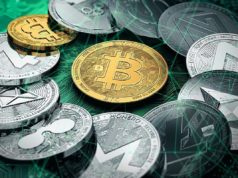 Top 5 Best Cryptocurrencies To Invest In 2022 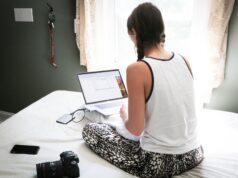 The History of Data Backup Software in 4 Steps 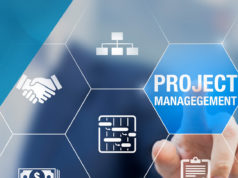