Calling themselves the Psychic Twins, Linda and Terry’s biggest claim to fame is predicting the events of September 11th, 2001 on the Coast to Coast AM radio show. Apparently you only need one hit in the psychic world for any credibility because the dynamic twosome appears to miss more often than not. Also, they were wrong with their 9/11 prediction anyway, placing the attack on the World Trade Center a year later. But hey, why let numbers get in the way of facts? 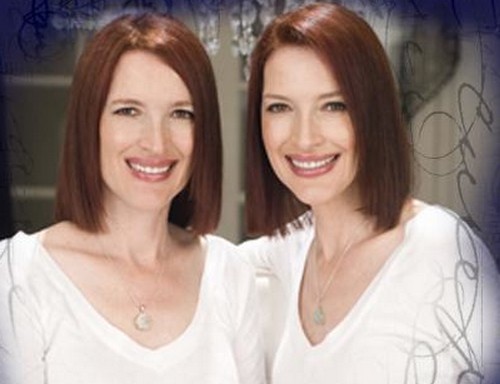 Unfortunately, there isn’t a Photoshop filter for properly reading a calendar.

As previously mentioned, the main problem with the twins is that they slap specific dates to events. While this makes them much more credible in comparison to their contemporaries on the rare occasion they are right, there’s a reason most “professional” psychics are totally vague: because they’re completely full of shit.

Back in December 2003, the Wonder Twins predicted the Saddam Hussein would be killed by US troops in early 2004. Shortly after this prediction (in the same month, even) Saddam was found in a spider hole and notably not pumped full of lead. When peering into the mists of time it looks like Linda and Terry overlooked a few key steps, or possibly squinted.

We’ve picked on Browne in our previous article on failed psychic predictions because she’s arguably the most notable celebrity psychic, at least in America. However, since writing our last piece it looks like shit has really hit the fan for poor Brownie as more and more people call her bluff that she’s at least eighty-percent accurate overall. The National Inquirer conducted a three-year study of Browne’s involvement in 115 missing person’s and murder cases, concluding that she “hasn’t been mostly accurate in a single case.” And yet she still gets to hang out with Montel. 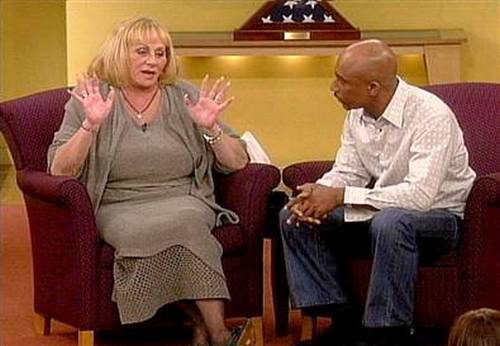 Browne’s website has hosted quite a few “morality” predictions in the past few years, making bold claims like kids join gangs for attention and the like. But when not quoting the pamphlets in every middle school guidance counselor’s office, Browne likes to play doctor and cure diseases. For example:

“I predict that a small cubicle will become available in doctor’s offices sometime in 2009 and it will be heated to a very precise temperature. There may be a special vapor placed into the cubicle. Patients will stand in the cubicle for approximately five minutes and the rhinitis germ will be destroyed.”

For those of you who don’t know, rhinitis is most commonly associated with nasal inflammation. Browne has predicted the end to one of the most common yet minor inconveniences in human health and she still got it wrong. Instead of simply saying “We’ll cure stuffy noses in 2010,” and claim victory when a new brand of FlowNaze hit the market, she got buried in enough sci-fi detail to make Orson Scott Card slap himself in disbelief.

Hogue sees himself as a modern day Nostradamus and even a Rhode’s Scholar. The problem with that second claim is that the man doesn’t hold anything higher than a high school diploma. He’s simply read enough on his own to dub himself a scholar. That’s hardly his only dubious claim, as you’re about to find out, but we’d like you to know that somehow this guy with the most basic education has somehow unlocked the secrets of the universe. 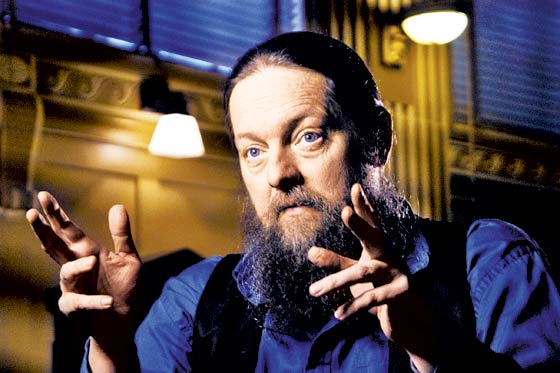 Hogue has drawn a fair deal of criticism in the psychic community because of his belief that sometimes a prediction is only revealed to be true after cracking a certain code within it. Those of you at home might be wondering what good a prediction is if folks can’t understand its information right away. Rest assured that John Hogue knows more than you through his book learnin’,

In his opus 1000 for 2000, Hogue shoots the proverbial load and makes one-thousand predictions for the year 2000. Hindsight being what it is and Hogue being some sort of make-believe future wizard, it is easy now to go through and dissect every single claim. For example, John McCain has the best odds of winning the 2000 presidency, but a Democrat will ultimately win the day when the Republican party nominates another Bush.

Hogue pretty much screwed every part of the pooch on this one, and it’s obvious where he slipped up. Like every other psychic making an election prediction, he read the poll numbers, the problem being that poll numbers fluctuate like mad and he himself lacked the foresight to predict that Florida’s ballot mishaps would happen. Kind of weird how he could miss that, being psychic and all.

To be fair to Smith, the man actually does have his credentials. He’s a nationally certified counselor, so already he’s more honest that Hogue. Smith’s whole claim to fame is that he’s a medium and can apparently talk to the dead. He claims to practice shamanism, spiritual healing and all sorts of traditional medicine, which is still a bit odd, but at least he’s not claiming to be a scholar.

But that doesn’t make him anymore accurate, which brings us to this whopper.

Back in 2008 Smith declared that a super volcano was going to erupt, spewing ash and other pollution into the atmosphere and causing general mayhem the world over. But because that simply wasn’t terrifying enough, he also compared it to Mt. Saint Helens, saying this explosion would blow it away (see what he did there?). But because that wasn’t scary enough, he placed the explosions in Washington state or British Columbia.

When it comes to natural disaster doom saying, volcanoes are about as common as a handshake, which would make sense seeing how as volcanoes themselves are fairly common. But once again Smith catches himself on too many details. No, there were no super volcano eruptions in either of the two areas, and no, you shouldn’t take those sorts of warnings from a counselor.

Despite being a close-knit community, it seems that our psychic friends are really bad at learning from one another’s mistakes. Case in point: meet Elizabeth Anglin. It’s not enough that Anglin can defeat the linear design of time and see into the future, oh no. She also describes herself as a “scientific remote viewer, animal communicator, evidential spirit medium, and Reiki master healer.”

While this would presumably make her more credible, we have to wonder what benefit talking to animals has when trying to predict the future. Then again, when was the last time an elk was caught in a national tragedy? Maybe she’s onto something. 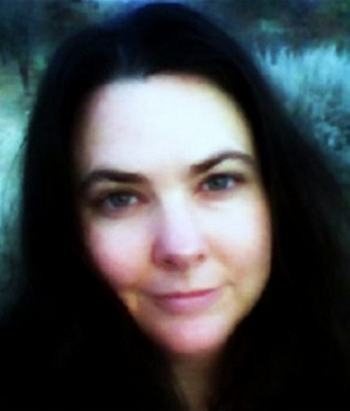 We just assume that she naturally blurs photographs.

In 2008, Anglin tapped into the collective wisdom of her woodland creatures and foresaw that a locust swarm would destroy much of America’s wheat production that year. Important if true, because locust swarms are pretty much unstoppable and wheat is a staple, and that’s where Anglin got it right: subtly. While you know that a super volcano can straight-up kill you, a shortage of wheat is just one step in an overall bigger disaster.

Unfortunately for Anglin the locusts were not meant to be. While some wheat was destroyed to flooding that year, it wasn’t more than what was usually lost to flooding every year. Though she no doubt claimed victory, regular weather patterns call bullshit.