Any nerd worth their weight in anime DVDs is aware how deep the well runs of pointless dorky debates. Despite our previous entries on this topic (here and here) we still missed a few highly cherished nerd arguments. As such, the laws of the internet require us to once again jump into this topic like George Takei somersaulting into a barrel of dicks. 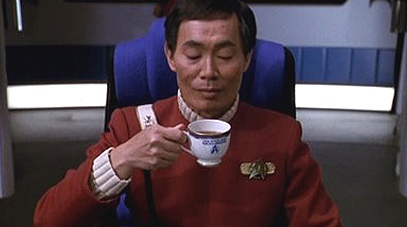 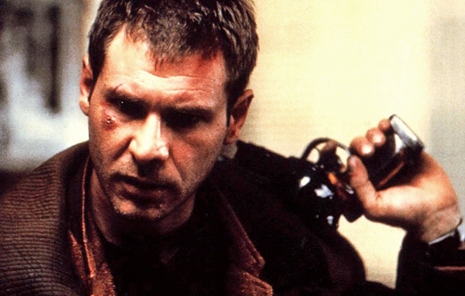 Let’s begin by saying if you haven’t seen Blade Runner we have no idea why you’re reading an article like this, let alone the third entry in the series. In any case, this nerd argument began a decade after the theatrical release when Ridley Scott saw fit to crank out a director’s cut. Ridley is well known for revisiting his films in this manner. However in the case of Blade Runner one major twist involving Deckard (played by Indiana Solo, according to mothers everywhere) came into play. In Ridley’s updated version of the movie, new clues left fans divided over whether Harrison Ford’s character was a human or a genetically-engineered replicant. The implications in either scenario strongly shape how the viewer interprets the narrative.

There are numerous people seeking to be heard in this debacle. First we have the Blade Runner fans – they can be just as hardcore as any sci-fi geek. Depending which side of the nerd tracks you’re treading on you’ll either hear pro-replicant arguments or anti-replicant arguments. Harrison Ford even weighed in on this issue and stated that he didn’t think Deckard was a replicant. Furthermore, Ford stated he and Ridley had discussions which ended in agreement that Deckard was in fact human. Lastly, there’s Ridley Scott himself. According to many sources (such as this one) the character of Deckard was indeed a replicant. With that confirmation out of the way nerds can officially stop killing each other over this issue.

Okay we admit it; despite our previous statement Blade Runner fans aren’t exactly bludgeoning each other over this topic anymore. But that’s not to say we wouldn’t mind seeing another flame-war. Perhaps if Ridley moves forward with a Blade Runner sequel or prequel this topic will be reignited. For our purposes, that’s perfect because the internet can never have enough moronic flame-wars. As far as the replicant ambiguity goes; we’ll take the directors word for it. Although we suspect Ridley is most likely a replicant too.

The Doctor Who Battle

This long running nerd debate is the equivalent of discussions concerning the best actor to play Captain Kirk…Chris Pine, William Shatner or fat William Shatner. In this case, online dialogue revolves around who kicked the most ass in the role as Doctor Who. As you can see from the image above this isn’t an easy subject to answer as countless actors have played the role throughout the years. Also, there’s the fact that it’s all a matter of opinion anyway. And you know the old expression regarding opinions, they’re like weird outcast uncles, everyone has one.

The real players in this ongoing dialogue are the countless Doctor Who fans around the world. However, the creators behind the series are arguably key components as well. Doctor Who first appeared on BBC television back in 1963. By 1966 the original Doctor, William Hartnell, was on his way off the show. Thankfully the writers came up with the notion that the character had the awesome ability to regenerate his body when he was near death. Thus when faced with the departure of the lead actor, recasting became something organic as apposed to an abrupt and clunky changing of the guard. According to the Doctor Who serials and the TV movie, a Time Lord can regenerate twelve times, for a total of thirteen incarnations. As of this writing the Eleventh Doctor is Matt Smith. Our point in bringing all that up is that you can expect this debate to go on for the foreseeable future. Unless you happen to be a Time Lord yourself there’s probably nothing you can do about it. Speaking of which… 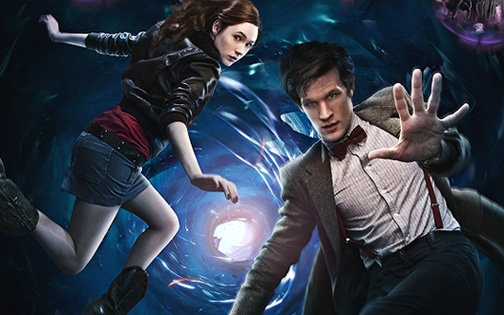 Much like any dork-fueled subject you’ll find online all it takes is the mere mention of this show to get fans squabbling back and forth. The consensus on this issue seems to be the fourth Doctor, Tom Baker is the leader of the pack. That said, feel free to suggest Adam Sandler as a potential Doctor Who… then sit back and watch the sparks fly.

Lord of the Rings Books vs The Movies 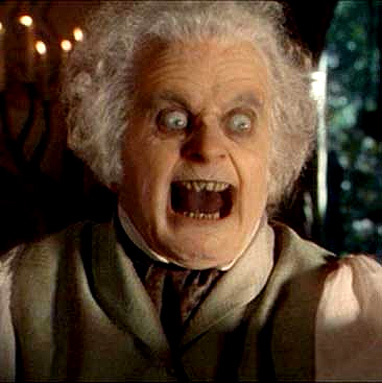 This ridiculously geeky debate over which hobbit filled world is superior began the second Peter Jackson’s movies hit theaters. J.R.R. Tolkien’s original Lord of the Rings books are obviously adored by millions of fans. It stands to reason that fans of Tolkien’s work would be anything but silent when Jackson decided to make a few changes, tweaks, omissions and additions for his cinematic adaptations. As you can imagine rabid fans of LOTR books were as quiet about Jackson’s “creative choices” as Star Wars fans were when George Lucas decided Greedo shot first.

To be fair there are many LOTR fans who love the movies and the books equally. But this isn’t about them because they bore us. The players in this epic geek war are fans that utterly despise the books but love the movies and vice-versa for a variety of reasons. As previously mentioned their reasons usually involve faithfulness to the source material, or lack thereof. Speaking of LOTR fandom, if you ever feel the peculiar urge to learn more about this group then check here. We read about half of that page while researching this section and our heads are still spinning from terms such as Tolkienite, Tolkienophile, Tolkiendil and ringers. The latter dreadful term sounds like a nickname for someone you’d see in a vid online that would force you to clear your browser history a thousand times over.

Clearly LOTR fans are forever divided on this particular issue. One of our favorite examples of this division can be found in yahoo answers of all places. The question was asked “Lord of the rings books vs movies?” and literally the first answer angrily vomited out from a fellow yahoo user was an insanely detailed rant explaining exactly why “the books were FAR superior to the movies”. You get the point. You better, or it sounds like that “ringer” will murder you and your whole family. 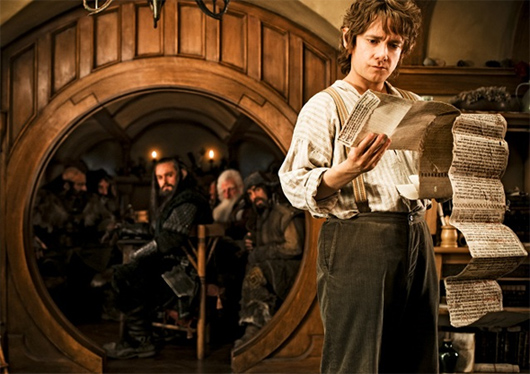 Mario vs Sonic the Hedgehog 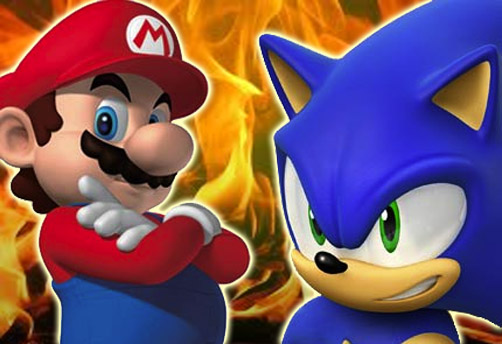 This videogame centered nerd debate needs no introduction. Anyone who’s ever thrown a controller at the dog or cursed at their mother for interrupting “a really hard jump” knows all there is to know about this war. You have Mario, the classic Nintendo turtle murderer and Sonic, the Sega Genesis mascot. Back in the 90’s your nerd social status was tracked accordingly and depended greatly upon which character’s games you played. The Mario series were regarded as the more difficult and refined classic games. Sonic games on the other hand were mostly seen as a cocaine-like rush of adrenaline that went by so fast your brain could barely process the blue blur whizzing around on your screen. 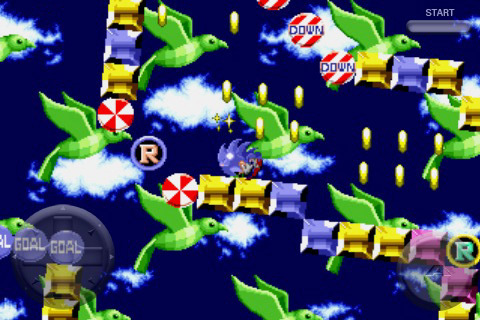 Who needed LSD when you owned a Genesis?

The players in this iconic nerd debate are every gamer that’s ever existed and those that shall come. Well maybe not future generations so much considering that Nintendo now owns…bah forget about that legal crap. Moving on…

In our previous entry on Popular Nerd Arguments, we discussed the console wars and the nastiness that went down between Nintendo and Sega. This is understandable as both companies were competing Mortal Kombat style for every last penny in the gaming market. However, now there are so many more diverse gamers and quality games out there that Mario and Sonic are hardly the most discussed characters amongst gamers. In fact, with modern titles such as Call of Duty, Resident Evil, GTA, the Arkham games, Uncharted and many more, Sonic and Mario tend to get lost in the shuffle. 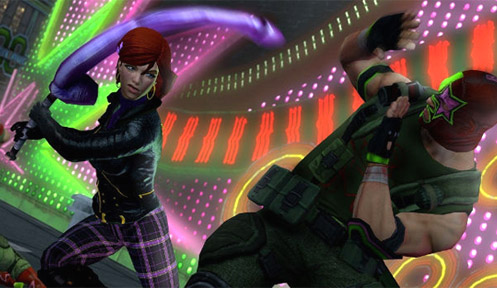 The PC vs the Mac 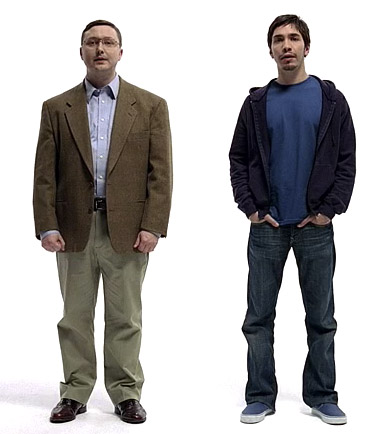 Number one on our list is the ultimate argument for average nerds as well as computer geeks. “Mac vs PC”…just say that the next time you are standing around a group of strangers. The first two people to LOUDLY disagree with each other over which is better are two people you can ignore for eternity. 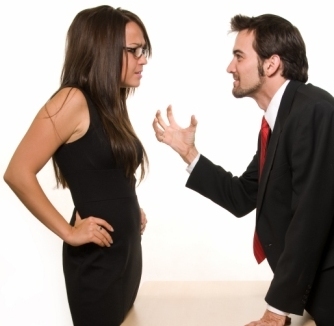 could you even say a PC is better than a Mac? Were your parents inbred mutants or are you just a brainless whore?

Basically anyone who has ever used a computer thinks they have a say on this heated topic. As you’ve probably gathered by now we here at Weirdworm don’t necessarily care about people’s individual preferences on this issue. Old-school PC users claim they prefer the familiarity of Windows. Graphic designers dig Macs because Adobe programs tend to run smoother. Average users prefer Macs because it’s nice not to have to clean 45,000 Trojans from your HD because you clicked the wrong big booty related image. It helps to have excess cash lying around. 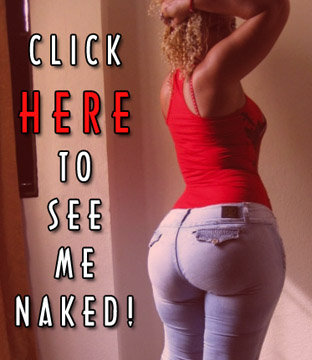 Every last virus on the internet…c’mon down!

Obviously the other major players in this war are Microsoft and Apple. These juggernauts are doomed to battle it out like Crips and Bloods until the end of time.

Aside from some nasty comments back and forth online and perhaps in real life you wont find much in the way of damage per say. As previously mentioned everyone has their favorite for their own personal reasons. Pick your poison… and try resist gnawing off your own arm to escape over-zealous Linux fans.