Being someone’s personal savior is a tall order to fill. Not surprisingly, history is filled with folks claiming to the son of this or the holy that who ultimately fail to really do much of anything.

Simon Magus was a sorcerer living in the days of the New Testament. Given the whole “sorcery” thing, he probably wasn’t too popular with the God crowd, but that didn’t matter because he was magic.

In Acts he’s depicted as trying to bribe the Apostles to give him miraculous powers. The sin of simony, paying for a position within the church, is named after him and that’s pretty much his legacy unless you’ve read the Apocrypha.

In The Acts of Peter, Simon is trying to convince a crowd that he is a god. To this end he levitates high into the air. Peter prays and politely asks God to stop the flying wizard, and shortly afterward he fell to the earth, breaking his legs into three pieces. The crowd, apparently unimpressed by a man who could fly, proceeds to stone Simon to near death. His life is saved only when a small group of followers carry him away, though he would die shortly after the incident while being cut open by physicians. 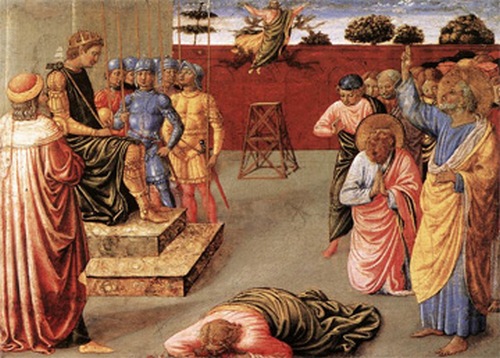 A slightly different (and weirder version) appears in The Acts of Peter and Paul. Simon attempts to prove to Nero that he’s a god and levitates from a high wooden tower. Once again Paul has God cut him down, only this time the fall breaks Simon’s body into four different pieces. Nero seemed to get the message, though, and had Simon’s body carefully guarded for three days thinking he would rise again.

Moses of Crete lived during the 5th century, a time when messiah claimants and general doom saying were like boy bands in terms of popularity. However, after the Bar Kokba war, fewer and fewer people were stepping forward with claims that they were spiritual figures (the Bar Kokba war was led by someone claiming to be the Jewish messiah – he was ultimately defeated).

A popular interpretation of the Talmud suggested that a messiah would appear between 440 and 471. Taking advantage of this and a series of disturbances in Rome, a man calling himself Moses appeared and sweet-talked the Jewish population of Crete into believing that he could lead them through the sea back into Palestine, physics and a need of oxygen be damned. 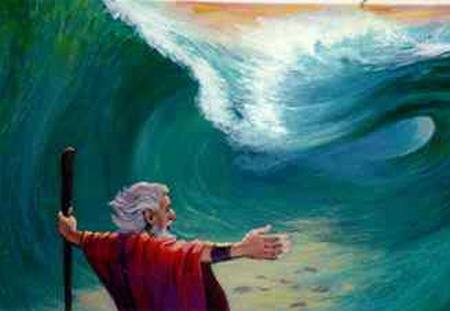 On the day of destiny his followers left their worldly possessions behind and threw themselves into the sea at his command. Somewhere there was a problem: Moses failed to part the sea for his followers and many of them were drowning. What happened to Moses after this baffling logistical error is unknown, though Socrates claims that he fled the scene, presumably after stuttering an apology.

Molcho was born into a Catholic family in Portugal but converted to Judaism when he met adventurer David Reubeni. Though Reubeni refused to take him on his amazing journeys, Molcho went ahead and circumcised himself anyway. He was just determined that way. 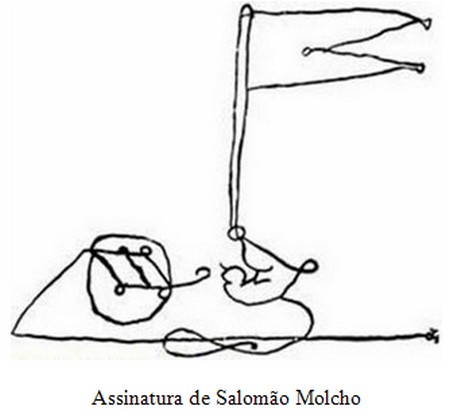 How you can tell someone is crazy: if their signature looks like a Pictionary clue drawn by someone without hands or eyes.

After his conversion he began studying dream interpretation and the Kabbalah before setting out to Israel, then a province of the Ottoman empire. He took to preaching sermons to anyone that would listen and quickly gained a reputation with the local Jewish community. The staple of his sermons was that the Messianic kingdom would arrive in 1540.

He then traveled to Italy. Many prominent Jewish figures tried to prevent his arrival out of fear that he would lead many Jews astray. However, he earned the favor of a few cardinals and Pope Clement VII, so he couldn’t be touched. During his stay he “miraculously” predicted a flood in Rome. Combining this with his previous experience, he felt his resume was stacked enough to declare himself the Messiah.

Molcho’s Magical Mystery Tour came to an end when he encountered Reubeni a second time in Italy. The two ruffled some feathers and eventually caught the eye of Emperor Charles V, who had them imprisoned back in Italy. They were sentenced to death for heresy. Charles offered to spare Molcho’s life if he would convert back to Catholicism. He refused, asking for a martyr’s death.

Arnold Potter was a prominent member of the Latter Day Saint movement in 1800’s America. His family was baptized before he rose through the ranks within the church, eventually becoming a pioneer and settling several townships out west. LDS leader Brigham Young called upon Potter to do missionary work to Australia, and that’s where the trouble started. 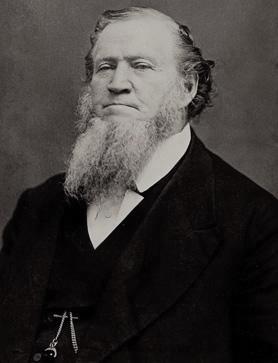 Some say his beard grew three sizes that day.

While down under Potter claimed that the spirit of Jesus Christ entered his body, making him Potter Christ and giving him the title “Son of the Living God.” He also penned a book detailing how people would be judged during the Final Judgment before returning home. After his holy vacation he developed a following all his own. He and his followers eventually left to settle in Missouri, though flooding forced them into Council Bluffs, Iowa.

Potter’s masterstroke was to be his journey to Heaven. He rode out to the bluffs on a donkey while his congregation followed on foot. After giving what we assume to be a heartwarming farewell speech, he threw himself from the cliffs expecting to take off. Gravity said otherwise.

Potter’s followers, disappointed and just slightly embarrassed, gathered up their messiah’s body and gave him a proper burial.

Most of the entrants on our list made a progression into crazy, but 8th century preacher Adelbert didn’t have time to bleed. He believed that he was blessed with divine powers the moment he was born and that angels would regularly deliver divine relics to him. His list of superpowers includes peering into the future and reading minds (he regularly told people they didn’t need to confess their sins because he already knew what they were).

Adelbert traveled throughout France and parts of Europe to spread his message. His charisma and “miracles” won over large crowds. Church officials weren’t so pleased, however, and had him banned from preaching inside churches. In response his followers built churches for him. As his influence grew Adelbert began distributing locks of his hair and nail clippings as holy relics.

He managed to finally irk the Catholic church by calling on the names of apocryphal angels to perform miracles. He was viewed as a heretic and arrested more than once, though each time he managed to escape and continued his preaching. Finally, Pope Zachary had him excommunicated and imprisoned until death. There’s some speculation that he managed to break out again only to be killed by thieves, not that that’s really a better way to go. Either way, you think a guy who could see the future would’ve seen it coming. 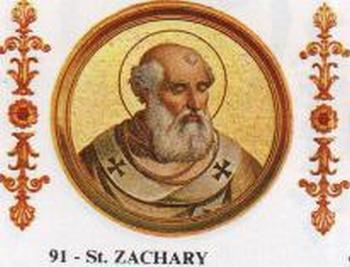