Home Science 5 More Famous People and Their Inventions Everyone Forgets

It has been said that “The history of the world is but the biography of great men”. In fact, we said it in a previous article. But more importantly, the phrase points out that we tend to focus on big personalities and their big accomplishments while neglecting some of the details. Just as we gloss over little things like which of our heroes had syphilis or killed a man in a barroom brawl, we can forget that they sometimes invented things that came to be overshadowed by other accomplishments.

So here are five more legends and the stuff they cranked out in their spare time. 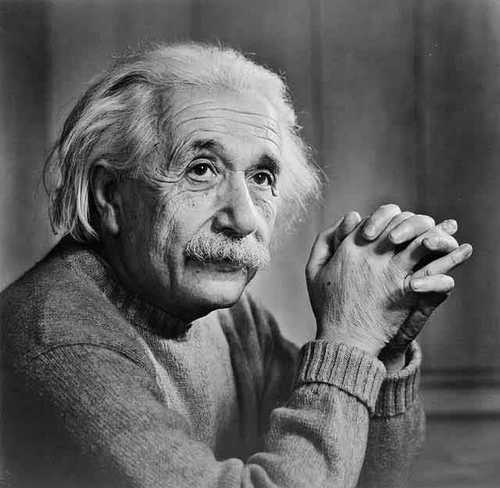 His name is synonymous with “genius”… what have you done with your life?

Albie is known for being one of the foremost physicists of our age. He got a Nobel Prize for the photoelectric effect. He pioneered atomic energy, thanks to the whole “e=mc^2” thing. It’s also generally accepted that he has a pretty badass hairdo that nobody has quite been able to pull off since. 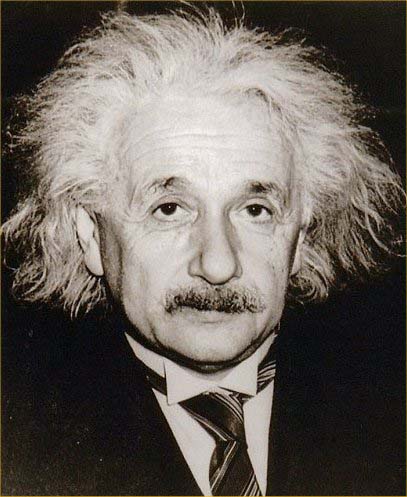 The moustache? That’s for the ladies, my friend.

Despite being some fantastically awesome, smart and busy, Albert took some time away from unravelling the secrets of the universe to invent a refrigerator and a hearing aid. The origin of both inventions is undeniable proof that Einstein was a big softie (and a sucker for a good sob story). Having met a singer who was going deaf, he worked with noted engineer Rudolf Goldschmidt to develop a device to help her, resulting in a functioning hearing aid.

Later, working with former student Leo Szilard, he set about creating a new kind of refrigerator. They had heard about a family dying from toxic fumes that leaked from their refrigerator (deadly chemicals like sulphur dioxide or methyl formate were used as coolants back then). The new design used a closed loop and only required a heat source to function, eliminating the danger. While the design was quickly passed over in favor of electrical models, it is seeing resurgence today as an option for areas without reliable electricity. 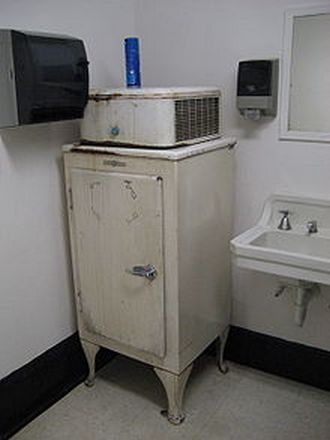 Not as impressive as a nuclear blast, but we believe safely chilled beer is a greater accomplishment. 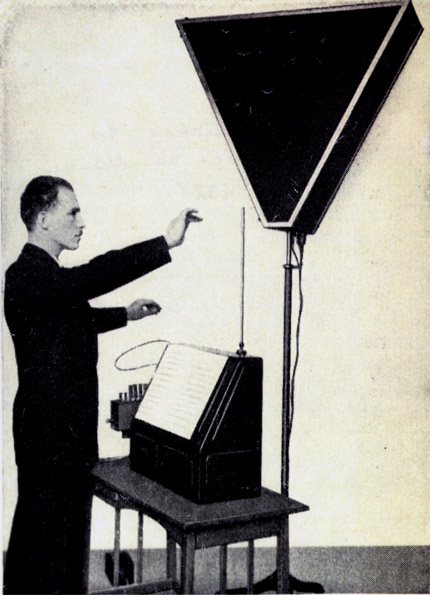 This sort of thing would blow your mind in the ‘50s.

Born in Saint Petersburg in 1896, Theremin would become one of Russia’s most famous inventors. When he was a teen he was already experimenting with high frequency circuits and fiddling about with electricity. After taking time off to kick some ass in World War One, he studied electrical engineering and physics before touring around the world, because that’s how you learn when you’re awesome. His work during that period would lead him to create a touchless, all-electronic instrument he called the Theremin. 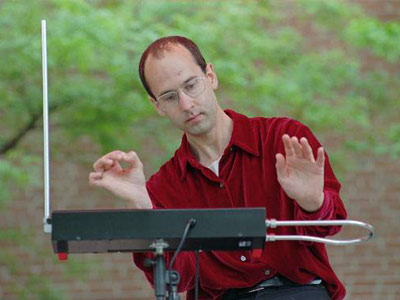 To this day, millions of annoying videos on YouTube pay tribute to his creation:

And a small minority of people manage to make beautiful music with it, including Leon’s grandniece Lydia Kavina, the preeminent theremin player in the world:

A brilliant Russian who worked in the field of electronics during the Cold War? Do you really need a list-based website to guess that he built stuff for the KGB? 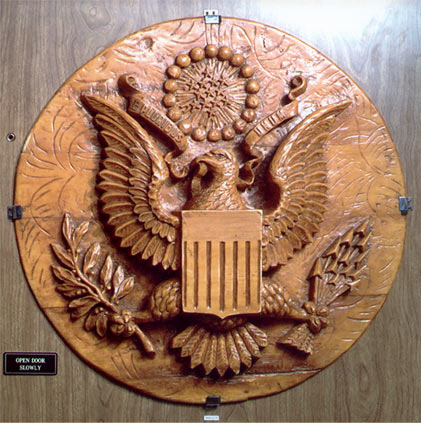 And why did electronics always have wood panelling back in the day?

What you’re looking at is a recreation of “The Great Seal Bug”, also known simply as “The Thing”. It was deployed in 1945 by the Soviets when it was given to the US Ambassador Averell Harriman by schoolchildren (classic Russian ploy). It hung in the ambassador’s office for seven years before it was discovered, completely by accident, by a British radio operator. Theremin’s device was as ingenious as it was simple, being very small and having no moving parts or power source. Rather than actively transmit radio waves, radio waves were transmitted remotely, causing the device to activate and pick up sound. At the time, it made it almost impossible to detect. Today, the same concepts are used in RFID tags and related technology. 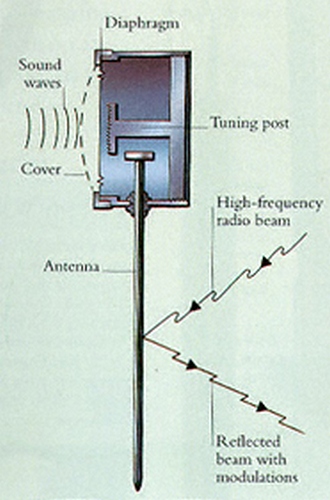 Considering the fact that nobody listens to the radio anymore, there could be tons of these things in your house!

Oh, and Theremin also invented a listening device that would be a precursor of the laser microphone. Also, always a dabbler, he worked with television technology to develop interlacing, a method used to double the frame rate of video signals without using more bandwidth which essentially works by taking advantage of our brain’s laziness. But yeah, no big deal. 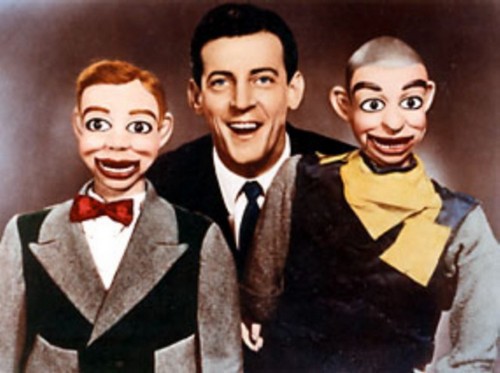 In case you’re wondering, he’s the guy in the middle.

A long time ago (before we all realized that what we really wanted in entertainment was sexy vampires) people were very desperate for mirth. And while advances such as radio and television helped bring us towards the light of unending consumer culture, some holdovers of the past remained. One of them was ventriloquism, the practice of throwing one’s voice so as to make it appear to be coming from a lifeless figure. It was a horrifying, much like Jeff Dunham continues to be today, but people took what they could get.

One of the last kings of the craft was Mr. Paul Winchell, who starred on numerous television and radio programs in the fifties, sixties and into the seventies. His hollow-headed pals made him rich and successful. Oh, and he also did the original voice for everyone’s favorite poster child for ADHD, Tigger. 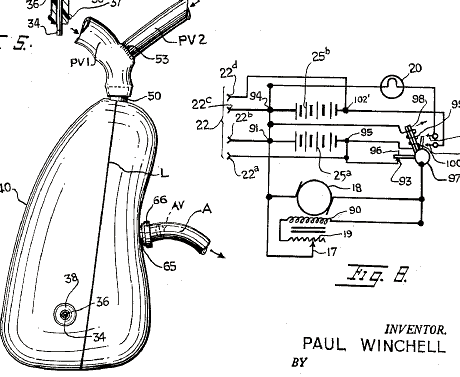 After winning a televised dance competition (yes, really), Winchell went to a dinner party and met doctor named Henry Heimlich (yes, that Heimlich, and yes, really). Heimlich invited Winchell to visit his OR, which he began doing regularly. After seeing a patient die during open heart surgery, he had the idea of an artificial heart with its own power source to keep the patient alive. Not one to let a complete lack of medical knowledge stop him, Winchell kept building and tinkering, each time going back to Heimlich for advice and guidance. Eventually he produced a working model which Heimlich advised he get patented. He did so in 1956.

While the design was used only on animals for testing purposes, later prototypes used miniaturized and modified versions of the original and have been implanted in actual people. To this day, people are replacing one of their most important organs with the brainspawn of a man who hung around with dummies. 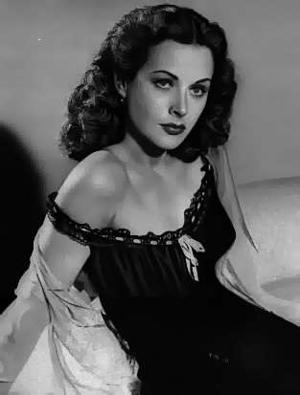 A massive film star in the Golden Age of Hollywood, Lamarr had an equally fascinating life. Born to Jewish parent in Vienna in 1913, she began starring in German films and married a wealthy arms manufacturer. Angry at his stifling personality and dealings with Nazis, she fled to Paris, then London, and on to Hollywood where she found fame playing glamorous ladies, which surely was a massive stretch.

In 1942, Lamarr and frequent collaborator George Antheil (a composer), were granted a patent for a “secret communication system”. The system was largely ignored and remained unused until twenty years later (once the patent expired) when the United States military began using it to control these badboys: 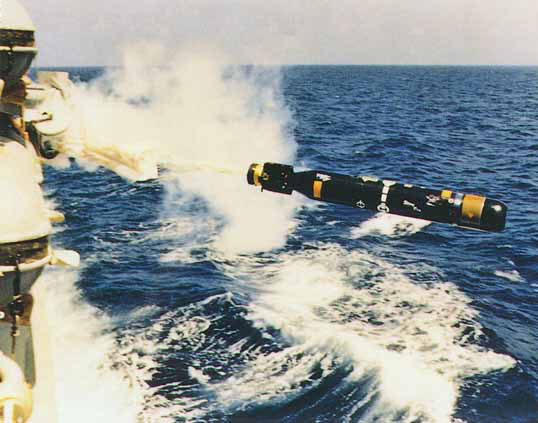 Sometimes a torpedo is just a torpedo.

The pair had developed “frequency hopping”, a process wherein radio frequencies are changed rapidly during broadcast. They used a piano roll to switch between 88 different frequencies. While relatively simple, the advantages of using this process are numerous. It makes the signals virtually impervious to enemy jamming, reduces interference significantly and makes signals very difficult to intercept. The concept is still used today, especially with hardware that is otherwise susceptible to interference. 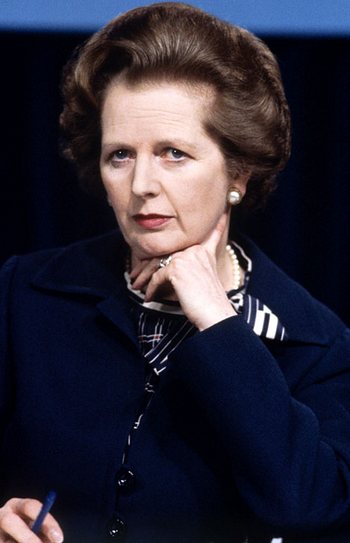 Known as the “Iron Lady” for her unwavering stance against communism, Margie Thatcher was the first woman to serve as prime minister of Great Britain and Northern Ireland, and was a stone cold fox. She had a long, distinguished career in British politics, and as the countries leader during the economic downturn known as the “Thatcher Era” (so called because many poor families returned to medieval thatched roof houses to reflect their peasant status), was a controversial figure. Whether you love her for her strong hand that guided the Empire through some of its darkest times or hate her for the rather un-grandmotherly way she had striking union workers brutally beaten, you have to admit she was one of the most important political figures of the 20th century. 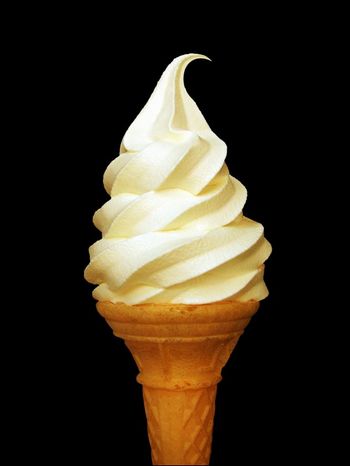 As it turns out, before she got into politics, the Baroness Thatcher studied chemistry at Oxford. Later, as a research chemist for Lyons & Company, her team developed a process that could add a significant amount of air to ice cream while it freezes, making it much more pliable. Yes, the breaker of unions, the fighter of communism, the lady so hard they called her “iron” was part of the team that invented modern soft serve ice cream. We’re not sure what’s more delicious, the chocolate-vanilla swirl or the irony.