When it comes to thrillers and mystery movies, there’s nothing like a good twist ending. A bad twist ending, of course, can leave you heading out of the theater shaking your head and cursing the heavens about what a steaming pile of crap you just sat through. A good ending does make up for a bad beginning and middle, many people say, while a bad ending can also ruin an otherwise good film. But when a good film has an incredibly mind-blowing ending, it elevates the film from merely good to great.If you find yourself coming out of a movie theatre, mind reeling, you’ve either just tried to understand the appeal of the Twilight franchise… or experienced one hell of a twist ending.

When you think of twist endings over the last couple decades, chances are pretty high that The Sixth Sense is the first film that comes to mind. In fact, you probably think of M. Night Shyamalan in general, but then thinking of him leads you to shaking your head in disappointment, like a parent finding out his child took a crap on the teacher’s desk again. Thanks to the incredible success of The Sixth Sense, Shyamalan apparently got it in his ego-inflated head that he really, really needed to work a twist ending into every one of his movies. He was sorely mistaken.

Still, the twist in The Sixth Sense was one of the best in movie history, and there’s little denying that. Going back and re-watching the film upon second viewing, you can start to pick up on the little clues here and there, but on that initial viewing you can’t deny that you were absolutely floored to discover that Bruce Willis was dead the whole time. Hell, it’s such a classic twist that “he was dead the whole time” has actually become something of a running gag among movie nerds and, well, nerds in general. The Sixth Sense was a pop culture phenomenon, and that is thanks almost entirely due to the incredible twist at the end of the film. 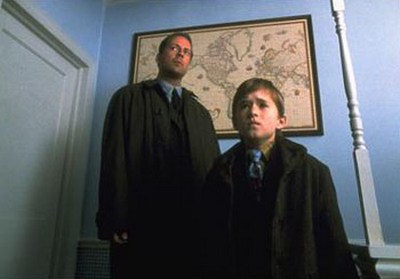 The Usual Suspects got some mixed reviews when it came out, but it quickly became a cult classic and legitimate phenomenon, and garnered Kevin Spacey an Academy Award. Roger Ebert famously panned the film, calling the twist ending a cheat, but we like to think it was just outstanding writing and flawless execution by writer Christopher McQuarrie and Bryan Singer, respectively. Chances are pretty high you’ve seen the film so you know what happens, but if not, we’ll break it down for you.

The film deals with the aftermath of a bloodbath at an apparent drug theft gone horribly, horribly wrong, with the lone survivor being interrogated by a federal agent. Throughout the film, this one lowly criminal weaves an intricate tale about what happened leading up to and then including the ill-fated robbery, and finally drops the now famous name of Keyser Soze. Soze, he says, is a criminal mastermind who orchestrated absolutely everything that took place within the film. Well, while much of the tale this criminal told was in fact totally made up, the fact remains that everything was orchestrated by Keyser Soze. It’s just the fact that this low life, played perfectly by Kevin Spacey, is not the meek gimp he appears to be, and in the jaw dropping final sequence as the federal agent begins to piece together what really happened, we as an audience discover right along with him that Verbal Kint was in fact Keyser Soze all along. Just about 100 kinds of badass in this ending, and there’s no denying it. 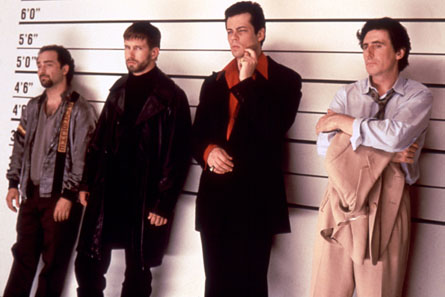 Now here’s a film that you probably haven’t seen, but you should if you like awesome martial arts action, dudes out for vengeance and absolutely jaw dropping twist endings that will not only leave you floored, but probably feeling a little dirty at the same time. In a nutshell, Oldboy is about a jerk who is kidnapped and put through psychological torture for years before finally escaping, and he makes it his mission to annihilate anyone he thinks might have been associated with his abduction as he also tries to discover whatever happened to his young daughter.

Meanwhile, he comes into contact with a beautiful young woman who begins to help him on his quest for vengeance, and as they grow closer, they fall in love and, as lovers are prone to do, they totally boned. Of course, if you’re at all perceptive, you’ll have pieced together from the ideas of “psychological torture” and “daughter” and “beautiful young woman” what the big twist at the end is. See, these events take place years after the abduction, and this young woman just happens to be our hero’s daughter’s age. And that’s because she totally is his daughter. The kidnapper not only put the hero through torture in isolation, but arranged everything else that took place. At the end of the film, after realizing he slept with his own daughter, our hero cuts out his tongue rather than ever being able to break it to his daughter what has happened, unable to destroy her emotionally. So basically, this is not a family film. 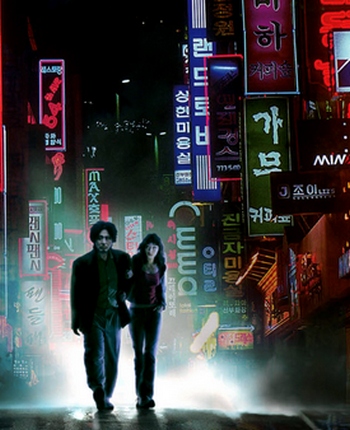 Planet of the Apes

Forget the crappy Tim Burton remake, and even all of the ridiculous sequels that followed the original Charlton Heston classic. Planet of the Apes is a sci-fi classic, and along with the entry that will follow this one, gave us one of our first, most impactful twist endings in movie history. The movie tells the story of a space shuttle crew whose mission goes horribly wrong, and they wake up long after their cryogenic sleep was supposed to last, far from home. They crash land on a mysterious planet to find that it is ruled by simians, while humans are entirely feral and unintelligent, and are treated as slaves and cattle by the apes.

So you can imagine the surprise of the apes when Heston arrives and can actually, you know, think and reason. This is seen as most disturbing and unnatural by the apes, who set out to kill Heston. He ultimately snags himself a hot girl and escapes, and after some debate about who is right and who is wrong about the position of man in this strange new world, Heston and his foxy companion head out on their own, looking for a place to settle down and live out their lives. It’s around this time, of course, that the pair ride down the beach to discover what has become one of the most famous images in movie history: the top of the Statue of Liberty sticking out of the sand, showing that Heston was on Earth all along, years after an apparent nuclear war destroyed humanity. Stupid nuclear war, always trying to ruin everything for everyone. 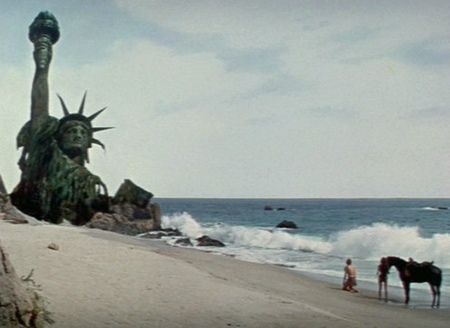 It’s fair to say that this is just about the original twist ending. Sure, there have been plenty before, including by the man who directed this film, Alfred Hitchcock, himself. But it’s hard to argue that any movie from Hitchcock or prior to this film shocked audiences as much as Psycho did. You all know the big twist at this point, of course, unless you’ve been living under a rock and are unaware what a movie actually is. If that’s the case, we find it hard to believe you know what a computer is, so how the hell are you reading this?

Anyway, the Bates Motel is home to murder most foul, and is run by the meek Norman Bates and his mysterious mother, who live in an old house on the hill overlooking the motel. Throughout the film we are made to believe that it’s actually Mrs. Bates who is the murderer, but of course we all know that it turns out the true killer was Norman himself, having developed multiple personalities, one of which is his now deceased mother, whose remains he keeps in their dilapidated old house. Kind of gives “mommy issues” a whole new meaning.