If you’re like most people – at least, most people who read Cosmo on a regular basis – then you know that a good bout of well-planned, soul-destroying revenge is in order if your significant other gives you a reason to break up with him (or her – we here at Weird Worm are all about equal opportunity malice).

Wait, what? We’ve heard of people doing crazy things because they suddenly find out they’re being cheated on, but to act like everything is still swell in the relationship while you premeditate an act of revenge and carry it out before you go through with the breakup sounds just a bit on the wrong side of psychotic to us. To emphasize that fact, we’ve likened the revenge types listed below to illegal activities, where applicable.

The magazine says to use these methods if your partner is cheating on you, but we’re sure that people won’t stop at that; why not use these techniques when you decide you have to break up because the other person won’t take out the trash or doesn’t call your dog Poochie Woochie? If you want to get a greater understanding of these types of revenge, read on – if you dare. You might find yourself permanently traumatized. But you’ll also be better prepared in case it turns out you’re dating a budding Lorena Bobbit or Ted Bundy. 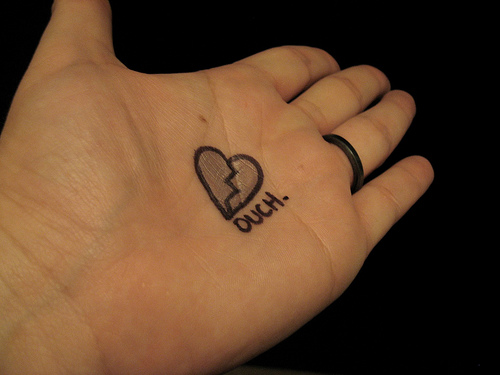 Just because this is how you’re feeling inside doesn’t mean you should take it out on others!

We put this type of revenge first on the list because we wanted to get it out of the way right away. It’s important to note that causing pain to another human being is generally thought of as a pretty bad thing to do in most societies, and highly illegal just about anywhere a structured system of law is found.

Despite this, magazines that tout revenge don’t seem to have a problem with you using physical damage or mutilation against your target as part of your ruthless repertoire during his or her most vulnerable moments. Some items from the Cosmo article mentioned above include putting hot chili pepper in your soon-to-be ex’s underwear, feeding him food laced with laxatives, and crushing the part of his anatomy that he feels the most protective towards. Really, Cosmo? We knew that you were great at inventing new sexual positions that no one should ever, ever try, and giving views inside of men’s heads that are really made up by women, but we didn’t know that you wanted to create a captive audience by sending your readership to jail. 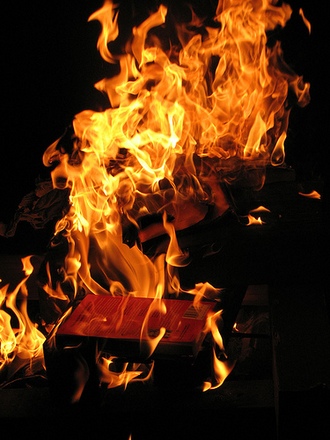 Book burning is okay if it’s done for revenge and not to prevent the dissemination of information.

Again, before you go around thinking this is a good idea, think again. It is a bad idea, and also highly illegal wherever laws are to be found. People tend to get attached to the things they own; especially things they’ve spent a lot of time and effort to acquire (like huge video game collections or a $3000 laptops filled with pictures, videos, and music).

Of course, we understand that the urge to hit your significant other where it hurts may be overwhelming when you learn of indiscretions such as cheating or not vacuuming the carpet just right, but burning, donating, or otherwise rendering your no-longer-loved-one’s prize possessions unusable is not the optimal use of these creative energies. You could get in pretty big trouble, especially if the item is valuable (like his vintage Rolex or his brand-new Mercedes). Do you really want to have to deal with the cops just because you find out you’re living with a jerk? Just because movies love to show break up scenes where you toss all of his or her stuff out the window doesn’t make it right, kids. 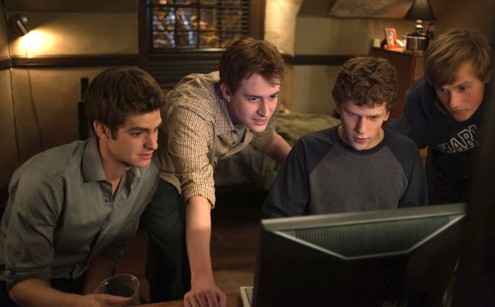 His network is about to get a lot less social!

We live so much of our lives online nowadays that the damage resulting from a bitter ex with access to the wrong passwords can have a ripple effect that the other person will feel for days, weeks, months, even years after the fact.

We’re not just talking about getting rid of all of his crops on Farmville (we’re not sure exactly what this means, but from comments we’ve heard it can be a highly traumatic experience) or sending out tweets about how she vomited on herself after drinking too much (she probably already does that kind of thing herself, especially if she’s the TMI type). From de-friending his childhood buddies to hacking his website and turning all the URLS into links to porn to writing on his LinkedIn profile that he prefers to work in clothing-optional environments, the potential for damage is limitless.

The thing you need to realize is that just because your actions occur in cyberspace doesn’t mean it’s “not a big deal.” There’s a whole new section of law designed to deal with cybercrime, and let’s just say that the people who enforce it don’t take things like this lightly. 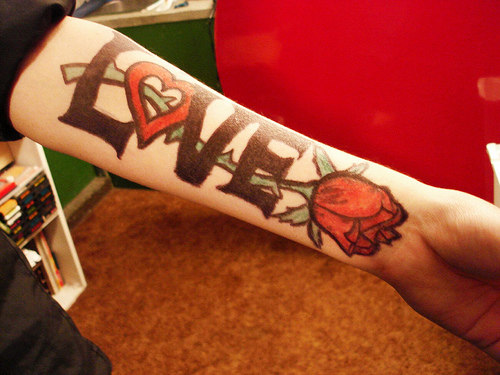 Sharpie art has a time and a place, neither of which are during revenge.

Another Cosmo gem is the idea of non-permanently disfiguring your least favorite philanderer right before an important event at work. The magazine suggests that you make a mustache on him with sharpie, but this act of revenge could just as easily be carried out by giving him a terrible haircut or exchanging his glasses for ones with fluorescent pink frames. Nothing permanent, of course, just enough to make him look like a fool in front of the people who ensure that he gets to eat every day and doesn’t have to sleep on a park bench.

This act of revenge is especially effective because it has the potential to hit him in the places that he fears the most (not including the physical ones, though, because we already covered that): his wallet and his pride. For the woman scorned, apparently it’s sweet schadenfreude to know that the man who caused her so much emotional pain is no longer employed, or perhaps even no longer employable after the stories of the temporary tattoo of the ponies he walked around with on the back of his neck that one time get around in his industry. 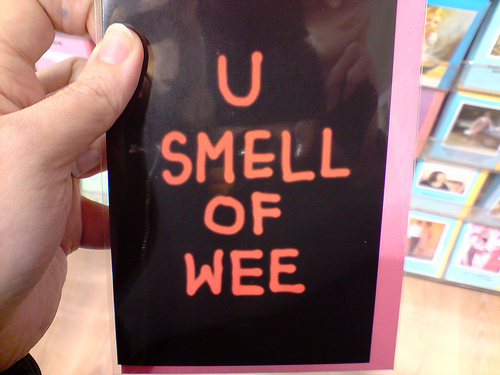 So many subtle ways to ruin a person’s social life…

Humans are social creatures, and as such, we depend on our social bonds to fulfill a variety of needs. Even with the amazingly high amounts of independence that our modern lifestyles afford us, most of us still can’t survive completely by our lonesome – which makes the thought of someone sabotaging those bonds all the more terrifying.

It’s easy enough to start spreading hurtful rumors, or to disable the ringer on your revenge target’s phone so that all of her friends think that she is ignoring them. But why stop there? This is revenge, not “make the person feel a little bad for the mistakes she’s made.” The craziest act in this particular arsenal is using sex against your partner, which again works as a two-pronged attack. First off, even if the other person is the one who cheated first, he or she won’t like the idea of you sleeping with someone else. Second, your target will never be able to look at his best friend/brother/sister/father/mother the same way after he finds out what the two of you have done in private.

Or you could just handle your breakups like an adult.