Superheroes are just that: super. They can fly, eat metal, talk to squirrels, be the night and so much more. That’s why they get the capes while you and I are stuck Googling ourselves for simple amusement.

However, many of them are still mortal like you and I, which means at some point they too must face off with the Grim Reaper. Given their super nature, you would expect every hero to go out with a bang, but that’s not always the case. In fact, superheroes will more often than not bite the dust in foolish and stupid ways unbecoming of men who can deflect bullets with their chests alone.

Wacky teenager and eventual corpse Sally Avril finds herself on the wrong side of New York City one day and stumbles upon Electro battling Spider-Man. Hypnotized, Spider-Man is unable to defend himself as Electro finally unmasks him. But before he can actually remove the mask Sally realizes the identity of Spider-Man is a hot scoop and snaps a picture, waking him up with the flash and inadvertently setting Electro up for a spider-pounding.

Not that he didn’t deserve it.

Sally decides that she wants to photograph Spider-Man as a career. However, she discovers that Peter Parker already cornered the market on that admittedly small field of employment and makes the logical decision to simply be Spider-Man’s sidekick instead. 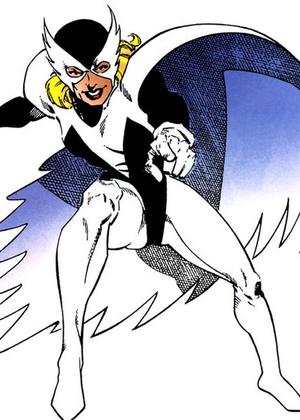 About the costume you’d expect from that kind of reasonable individual.

The problem with being a sidekick is that if you aren’t fully endorsed by your mainkick then you’ve crossed the line from “super-hero” to “stalker in spandex.” Sally became the Bluebird and attempted to blackmail Peter into photographing her for the Daily Bugle. When that failed, she decided she was Spider-Man’s sidekick without ever actually asking him if he needed someone’s help. In fact, had she done her research Sally would have realized that anyone who ever attempted to help Spider-Man gets shot by gangsters, a broken neck, eaten by symbiote, kidnapped and forced to marry Doctor Octopus or sent to some sort of negative zone.

While attempting to help Spider-Man, Bluebird enabled more villains to evade justice than without her. Undeterred by her many, many failures and being told by her alleged partner to stop botching his job, she remained all too eager to help, so much so that she couldn’t be bothered to obey simple traffic laws. While attempting to engage Spider-Man’s villain of the week, she ran a red light and was struck by a bus, killing her instantly. Her death simply served the purpose of inflicting Peter Parker with even more guilt, because clearly he hasn’t dealt with enough of that yet.

Leader of the Autobots and native of the planet Cybertron, Optimus Prime was an awesome robot that could transform into an awesome truck. More importantly, he was a moral compass for the reader and thus the ultimate good-guy, unwilling to harm any living thing for whatever reason. Also, he was a friggin’ truck, in case you didn’t catch that.

When Autobots and Decepticons crash-land on Earth, they bring with them their eternal struggle for robot superiority. Unfortunately, the Autobots are tremendous cowards when it comes to actually fighting while the Decepticons are perfectly fine with icing a few fleshbags. Thus, the good guys spend less time fighting and more time trying to prevent the collateral damage that’s inevitable when twenty giant robots are in a fist fight. 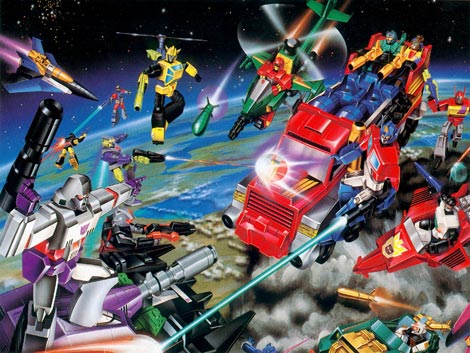 Are you going to tell me that all of those laser beams hit their target? Really?

A computer programmer with way too much time on his hands and an absurd amount of charisma somehow manages to convince Optimus Prime and his nemesis Megatron to do battle in a computer world he designed to resolve their conflict once for all. The two combatants are wired to explosives and are told that the loser will be blown to pieces. Ignoring that these are two giant machines who regularly blast one another with lasers bigger than most battleships, this is a perfectly sound plan. Again, just in case you forgot.

Overtaken with his desire to kill Megatron once and for all, Optimus gives him the business end of murder, killing several of the games virtual inhabitants with him. Upset that his actions harmed innocent living creatures and that he couldn’t maintain his morals in the virtual world, Optimus opted to have himself killed instead of the greatest monster history has ever known. Though his allies try to talk him out of it he remains insistent that he and he alone should be sent to the spirit in the sky and that Megatron should live because hey, fair is fair. Though he would eventually come back in later issues (and die again), Prime’s sacrifice proves that once and for all giving robots emotions never, ever ends well. 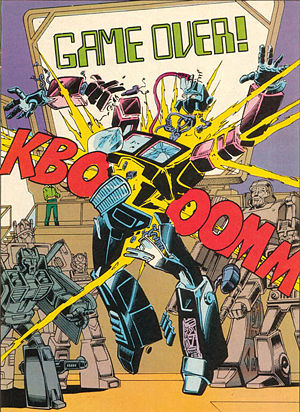 Ch’p is native to the planet H’lven, which is populated entirely by anthropomorphic chipmunks who make liberal use of apostrophes. Their terrible understanding of grammar provokes an invasion by the dreaded Crabsters. Ch’p, a plucky little fella’ with a heart of gold, helps lead the resistance but sadly fails in his efforts, finding himself a prisoner of war. Stuff like this ensures the term “graphic novel” will never catch on.

Why would you keep a chipmunk hostage? What information could it possibly give you that would be even remotely useful? The Crabsters decision to not kill Ch’p proves to be their undoing once the Guardians of the Universe visit him in the pokey and give him a power ring, making him a member of the Green Lantern Corps. He frees his people and becomes the Green Lantern of Sector 1014.

A Green Lantern’s weakness is the color yellow. A chipmunk’s weakness is a truck. When those two things come together, murderous magic happens as Ch’p experienced firsthand during his last few agonizing seconds of life getting run over by, yes, a yellow truck. And there you have it folks: one of the most powerful beings in the universe is killed not by another super being but by something that was built Ford tough.