Festivals are our way of celebrating the strangest things in a group of like-minded individuals. However, when we say ‘strange’, some festivals certainly go some way towards tipping the crazy-scale towards ‘insanity’. Festivals such as…

It goes without saying that across the world, no matter where you go, New Years is a pretty crazy time by all accounts. However, we’re willing to bet to bet that no matter how wild and badass your attempt to recreate The Hangover is every year, it can never ever compare to the insanity that takes place in Thailand. So what do they do? They whip out the Super Soakers and have an epic water fight. Seriously. And everybody plays. The cities shut down for the day, super-hot babes in bikinis roam the streets, and some villains even decide to cheat by bringing out Mother Nature’s own watergun: the Elephant. 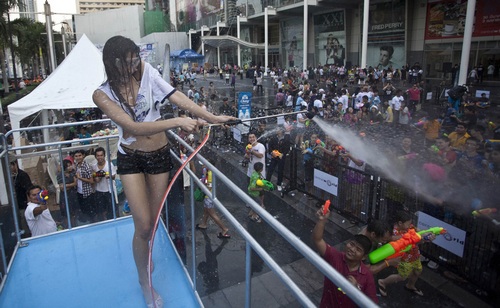 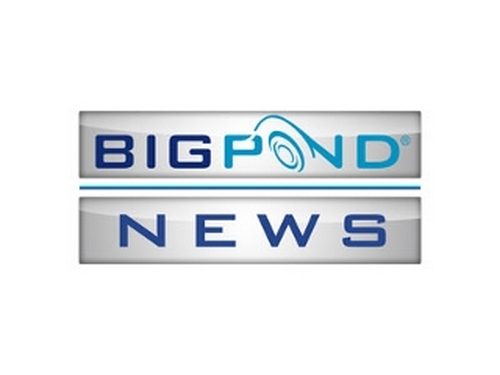 Well, that settles where we’re heading this year at least.

If we said ‘El Colacho’ to you, what would suspect this festival was about? Food? Because that Colacho stuff sure does sound tasty. What would you then say if we told you that this festival, held in the Spanish town of Castrillo de Murcia, involved grown men dressed as the Devil…jumping over rows and rows of babies? Nope, don’t bother calling child services. We already have, and they’re completely cool with this shit. 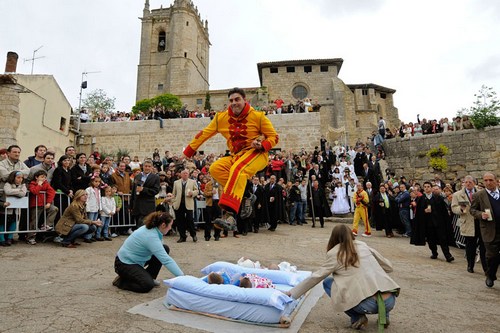 However, we should probably fulfil our legal obligations by this point, and say that you probably shouldn’t do this with yours or any of your neighbour’s babies. Although we guess that if you needed to be told that by a comedy website, you’re probably not reading this and are already staging an assault on the local kindergarten as we speak. Good luck crazy man!

The Festival of Colors

No, that’s not the national holiday in whatever freaky universe My Little Pony: Friendship is Magic is set in. It’s an annual celebration held in India to celebrate…erm…colors, we guess. And how do they do this? In the insanest way you can imagine: by buying colored powders and throwing them in people’s faces! And eyes! 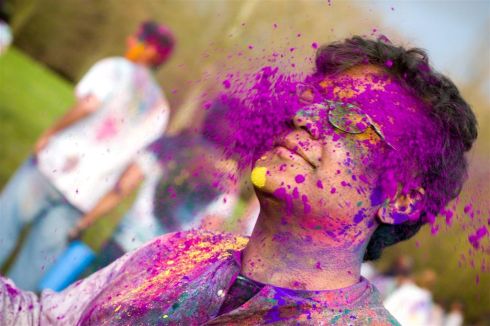 However, one massive problem the celebrants have is that tradition states that they’re supposed to use colored powders made predominantly from herbs and spices. But, needless to say if you’ve ever had the misfortune to walk around Walmart nearer a big public holiday, local vendors of these powders massively inflate their prices, leading people to buy much cheaper powders made from much more dangerous stuff such as aluminium bromide, lead oxide, and copper sulphate. Hey, did we mention that this stuff goes in your eyes? Don’t celebrate this. Please.

We always knew secretly that the English had something wrong with them. We mean, what sort of twisted country thinks coffee is disgusting and Monty Python’s Flying Circus makes sense? Well, funny you should ask that, because it’s the exact same country which made an annual festival out of some people rolling cheese down a hill. And that’s not all. The objective of the competition is for people to race the cheese downhill, which is about as hilarious and painful as it sounds. 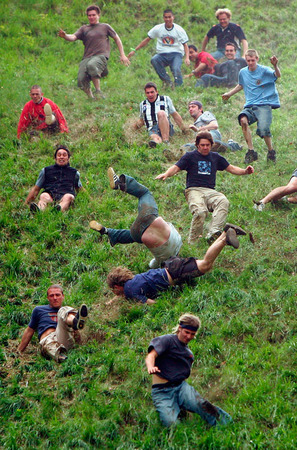 We’re not the only ones to think this either. The local government recently tried to ban the festivities citing, strangely enough, the high-probability of injury and the very low-probability that someone will break their goddamn neck just for the purposes of racing a ball of congealed cow effluent down a hillside. No doubt if that ever happened though, these nutcases would think it was a worthwhile injury.

OK, so it’s a festival held in Spain with a delicious-sounding name. You’re probably a bit more hesitant to guess at what it is now thanks to that whole ‘Crazy-Devil-jumping-over-babies’ thing we talked about above. But, don’t worry, because this does involve food, more specifically tomatoes. La Tomatina is the name given to a massive annual food fight fought between over fifty thousand people in the city of Bunol, where the only weapons are tomatoes and the only prayers made are those about not finding out you have a sudden allergy to a certain type of vegetable (or fruit depending on how anally retentive you are). 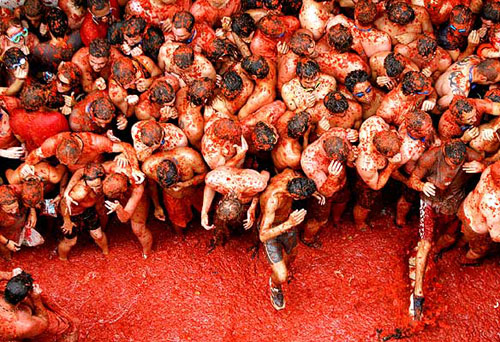 Despite looking like an excuse to writhe around half-naked in piles of rotting juice, or to put it another way, re-enact 300, the festival does actually have some meaning. It is rumoured to have originally started when a group of local townspeople did what many of us do: get pissed off with the government. But, unlike us, they didn’t sign an online petition or change their profile picture on whatever the oldy-timey equivalent of Facebook was. No, they simply hunted the government men down and pelted them with tons of over-ripe tomatoes. If only democracy was that simple today, we’d all be so much more happier.