If National Lampoon is to be believed, vacations are a time of family togetherness, mischief, and sexual escapades. However, reality says otherwise. The world is a dangerous place, and the danger isn’t put on hold just because you’re wearing Bermuda shorts and Panama Jack sunglasses.

Aaron Dallas traveled to Belize for a mountain biking trip back in 2007. However, upon returning he felt unwell, with several bood-oozing bumps on the back of his head. Oh, and there was occasionally joint pain, but mostly bleeding head bumps. 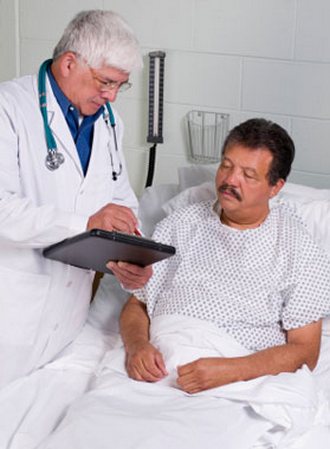 “According to the test results, you have an advanced case of Terrifying Awful.

At first Dallas was told that his freakish skull bumps were caused by a bug bite. A specialist later declared it was actually shingles. Everyone seemed fine with shingles until someone else noticed that the man’s scalp was moving. That was most certainly not shingles. 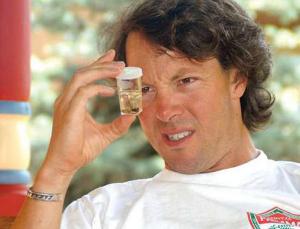 ”Hard evidence on why you should never trust nature.”

Unbeknownst to Dallas, he returned from Belize with more than rock-hard calves. He had some charming bot fly larvae (five total) living in his scalp. Thankfully they were removed before they could do any real damage: when bot flies are ready to leave their current host, they burst out, not unlike that scene from Aliens. The curious part is, Dallas reported that he would occasionally hear sounds inside his head. This was obviously the larvae, but wouldn’t that be a good indicator that this wasn’t shingles?

Couple Travels to Puerto Rico, Gets Rocked Like a Hurricane

Kelly Flores and her newly wedded husband planned a honeymoon in beautiful St. Lucia. Before arriving in St. Lucia, however, they would have to make a brief stop in Puerto Rico to switch planes. No big deal, right? That’s just basic procedure right there.

Once they got on the plane, however, things were a little odd. In fact, there was barely anyone else on the plane, save for the pilots and possibly a flight attendant. But … that’s just a sign of the times, right? It’s too expensive to fly in this economy. People would rather, uh, drive to Puerto Rico, right? Right? 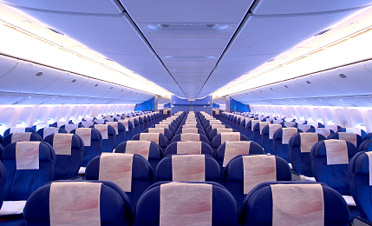 This should not be.

Once in Puerto Rico Kelly realized why her flight had taken her directly through the Twilight Zone: Hurricane Georges was en route to Puerto Rico with a fistful of Category 4 dynamite. With Georges expected to make contact by nightfall no flights were leaving the island, forcing the newlyweds to stay. 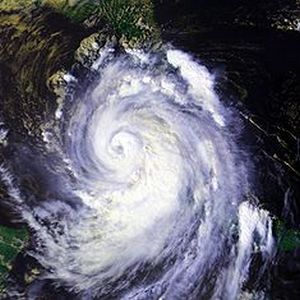 Forced to use a hotel as a shelter, the Flores survived and made it to St. Lucia, where things were less windy. Upon returning home they met another couple on their flight who flew out on the same day. They, however, weren’t hit by the hurricane because their airliner put them through Miami instead.

You don’t need to travel thousands of miles and potentially be maimed by a force of nature to enjoy a vacation. Just ask Edward Chrisman, an Arlington resident who was spending his winter in lovely Yuma, Arizona. Being eighty-eight at the time, Chrisman wanted to see more of the world than what Arizona had to offer. 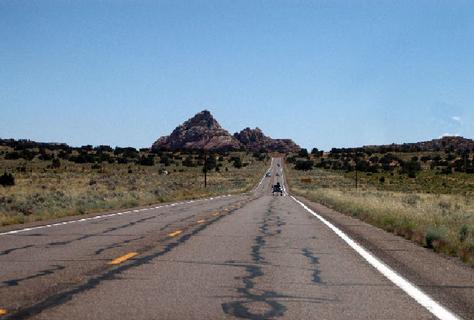 Chrisman and his son Gary decided to make a run for the border to take in the beautiful culture of Mexico. That same day, the two found themselves being held in prison on pornography charges. Oops.

What actually happened is a little shaky. Gary alleges he went into a gas station for a soda. While there he saw a mother and her two daughters. He asked the mother if he could take photos of the girls, which isn’t at all creepy, and she agreed. He paid the woman twenty-five dollars and snapped a few head shots before returning to his father. Edward didn’t enter the gas station at all. Both men were arrested. 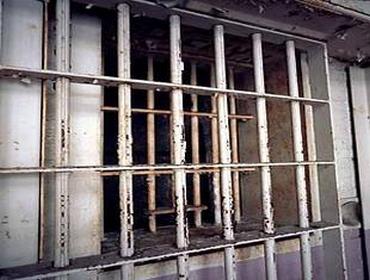 Meanwhile, Chrisman’s family back in the United States were told that a reasonable payment of two-thousand dollars to the prosecuting attorney could make the whole situation disappear. They declined. Edward contracted pneumonia while in jail but was released some sixty days after being arrested. Gary was released twenty-one months later. Moral of the story? Buy a damn postcard.

As any scared straight prison program can tell you, drug smuggling is an all around awful idea. It’s not that you can’t get away with it (the existence TSA agents can attest to the fact that that simply isn’t true) but rather the profits are easily outweighed by the punishment: usually life in prison. Drug smuggling is treated as a serious offense when traveling abroad, and if you thought the American prison system was rough, well, welcome to the jungle. 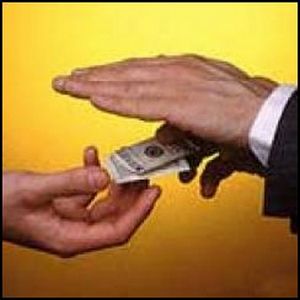 Schapelle Corby had spent some time in the popular vacation destination, Bali Island, in 2004. On her two-week vacation she was accompanied by friends and family for, among many other things, hot boogie boarding action. 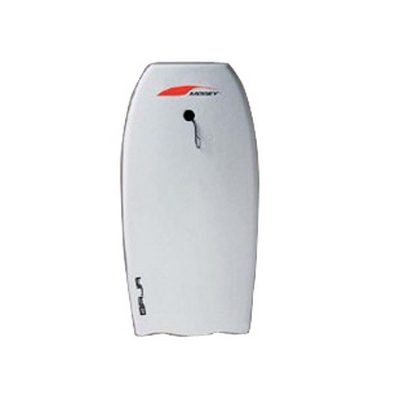 Upon traveling through customs at Nigurah Rai Airport she hit a small snag: customs agent wanted to check out her totally rad boogie board and found nine pounds of marijuana.

In the end Schapelle was sentenced to twenty years in prison. Her defense was that she had never seen the drugs before in her life (which rarely holds up well in court because, you know, it’s dumb) and that baggage handlers in Australia must have planted the instead as part of some brilliant drug smuggling plan. When asked how planting drugs on a complete stranger without means without any means of identifying them when they reached their destination was a brilliant plan by any means, Schapelle stammered for a bit before throwing her arms in the air and shouting “Drugs, man!” 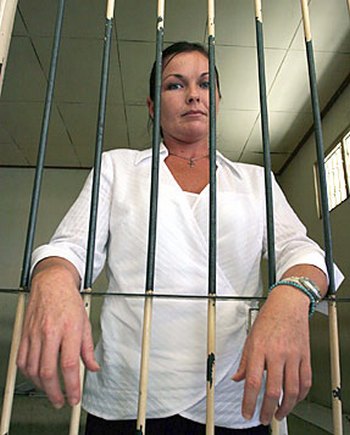 It did not go over well.

Schapelle is currently serving out the rest of her sentence. She’s exhausted all of her appeals and the only way she can be granted clemency by the Indonesian government is if she admits to being guilty, which she refuses to do.

Man Goes On Adventure, Cuts Off His Own Arm

For you outdoorsy types, here’s a word of advice: don’t ever do anything alone, ever. It doesn’t matter how experienced you are or how simple what you’re doing is. The worst thing that could possibly happen is going to happen every single time no matter what. That’s fact. 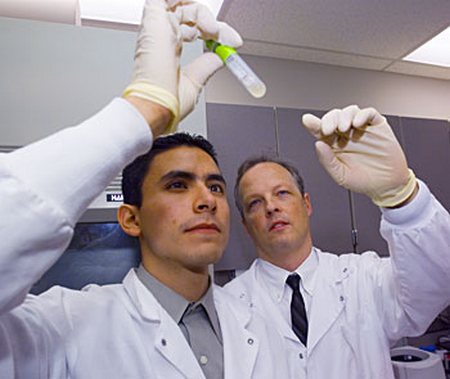 While hiking and rock climbing in Utah, Aron Raiston found his right forearm crushed between a dislodged boulder and a canyon wall. Because he lives on the edge, Raiston didn’t bother telling anyone where he was going, nor did he have a cellphone with him. After all, being prepared is admitting failure.

After five days of attempting to move the boulder himself, Raiston went all in on the whole “survival” thing and severed his arm to gain his freedom. First he broke the arm in question before cutting through the soft tissue with a blade and the tendons with pliers. Now forever crippled, he had to repel sixty-five feet down a rock wall and hike through the desert. Keep in mind that he wasn’t able to properly dress or otherwise treat his new wound. 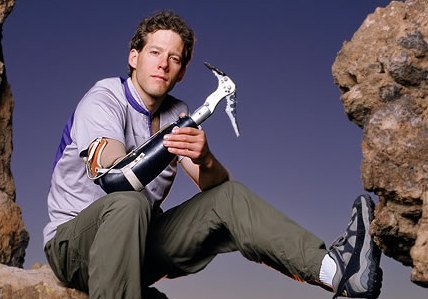 Raiston survived the ordeal and continues his outdoor adventures. He would later cremate his severed arm and bury the remains near the boulder he defeated as a grisly warning to other boulders.