Every once in awhile an athlete or so-called “celebrity” will try to capitalize on his or her fame by appearing in a movie. Now and then the results are alright, like when Jim Brown appeared in The Dirty Dozen, a film that launched an actual acting career for the greatest Gridiron star of all time. Frank Sinatra and Justin Timberlake have both transitioned from musical superstars to legitimate actors. Other times, it’s not quite as successful but at least we get to see celebrities we loathe get killed by a psychotic killer (see: Hilton, Paris in House of Wax). But more often than not, neither of these scenarios is the case and we’re left with some of the most cringe worthy performances ever put on screen. We’d like to forget about these awful forays into film, but where’s the fun in that?

Believe it or not, people in the business actually say it’s harder to play yourself than to play a totally invented character when it comes to movies. That may be the case, but it still can’t excuse the embarrassingly bad performance by the greatest basketball player in history in this half live action, half animated film featuring His Airness and the Looney Tunes. Now, in Michael’s defense, he had never really acted before and he was forced to work with almost entirely green screen, and it’s got to be tough when your costars don’t actually exist.

Still, that can’t excuse the fact that even in a movie featuring Bugs Bunny and a bunch of wacky space aliens stealing the basketball abilities from an assortment of random NBA players in order to win a game to decide the fate of the world (no really, that’s the plot), Michael Jordan is still somehow the least convincing part of the movie. And he was playing himself. We almost feel bad for Bill Murray for having to share the screen, but his indifference throughout the film and the presumably large paycheck he received kind of wipe out that pity. 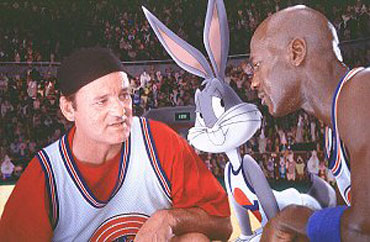 You might not remember Colleen Haskell or the movie The Animal, each for very good reasons. Colleen was a contestant on the first season of the reality series Survivor, and she was the first “cute” one to gain fame. Survivor was a phenomenon when it debuted, and people were eager to get a piece of the success of the show and the new fame of its contestants, with Colleen being the first to cash in. And man, what a mistake that all was.

Colleen cashed in by co-starring as Rob Schneider’s love interest in The Animal, a movie about a dude who suffers a horrendous accident (and who doesn’t love seeing Rob Schneider being mangled?) and is operated on by some random mad scientist who heals him by using animal parts, thus turning Schneider into some kind of half man/half animal abomination. No, this is not the plot to some creepy horror movie; it was actually a romantic comedy. There’s your first red flag. The second was casting Colleen, who was not an actor and is still not an actor no matter what her IMDb page says. It’s pretty evident throughout the movie that she has no clue what she’s doing, but then again, maybe she was spending all of those takes daydreaming about killing her agent for putting her in a Rob Schneider movie. 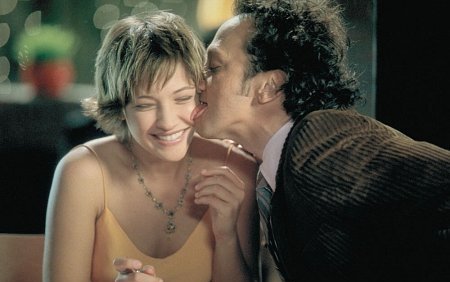 Remember when Mariah Carey wasn’t completely insane? Yeah, neither do we, really, but back in the day she used to be famous for being a singer and not a crazy person. Right around the time she started to make the transition from “respected to performer” to “stay away from the crazy lady, Timmy” she decided to go and make a movie that mirrored her own rise to stardom. That movie was called Glitter, and it would go on to be one of the worst pieces of cinematic trash in recorded history. Quite an accomplishment, really.

While Mariah wasn’t actually playing herself, she was coming damn close, and yet she still couldn’t seem to pull off any scene other than the ones in which she’s singing. Astonishingly, over the years while Mariah has gotten more crazy she’s actually somehow managed to become a decent actress, as evidenced by her performance in the movie Push, which garnered her some awards and even a little bit of Oscar buzz. We’re guessing the buzz died pretty much when the Academy voters were reminded that Mariah was responsible for the movie Glitter. 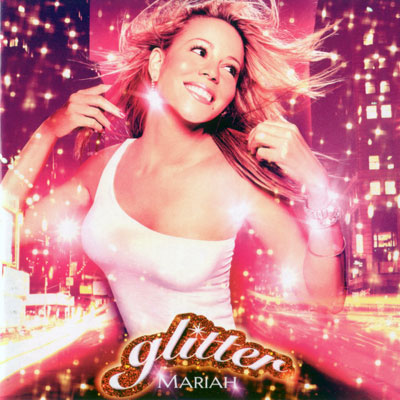 Back in the 1980’s, apparently people were so swept up by Mary Lou Retton at the 1984 Olympic Games that it was decided by someone without a lot of brainpower that gymnastics were cool, but would be even cooler if combined with karate. And we can see that to an extent, since it’d look pretty awesome to see a dude kick someone in the grill while swinging around on a pommel horse. The result, however, was less cool than people probably anticipated. That’s because the result was Gymkata, starring world class gymnast, Kurt Thomas.

Kurt plays a gymnast, which was about as far as his skills would stretch, who is called upon by the United States government to go into a small, fictional country full of ninjas to stop them from accomplishing some generic evil scheme or other. Really, the plot was not exactly crucial in this film, and apparently neither was the concept of “good acting.” The diminutive Thomas flails around in something that’s supposed to resemble an actual fighting style and struggles to utter any of his terrible lines, giving birth to one of the most unintentionally funny movies of all time. But hey, pommel horse-fu! 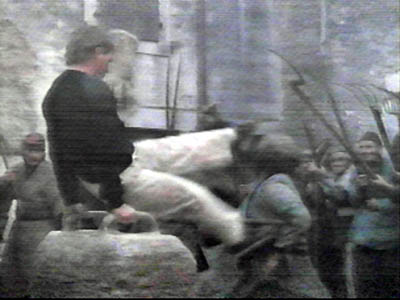 Ah, we remember fondly the days when Shaquille O’Neal was perceived as just a basketball player. Those days were limited to the very early stages of his career, however, mainly because Shaq has always been larger than life, both in terms of physical stature and personality. It’s hard not to like Shaq, who is so much like a big kid that we can literally picture him racing around his giant mansion on an oversized big wheel. Unfortunately, his acting talent is pretty much on par with a child as well, and we’re not talking Haley Joel Osment, here. We’re talking about fourth grade class production level.

Shaq tried his hand at acting several times in movies like Blue Chips and Steel, but we’re going to focus on Kazaam because frankly, it’s simply one of the most ridiculous movies we’ve ever even imagined. Shaq plays a giant genie and, playing off of the fact that he was trying to launch a rap career at the same time, comes from a boom box instead of a magic lamp and says all of his lines in rhyme. The end result is about what you’d expect, which is to say a movie so horrible that it can’t even be put into the “so bad it’s good” category. But hey, at least he never made any other horrible movies, right? Well, except Freddie Got Fingered. And Scary Movie 4. And…well, we’ll just focus on his basketball career. Hopefully he will, too. 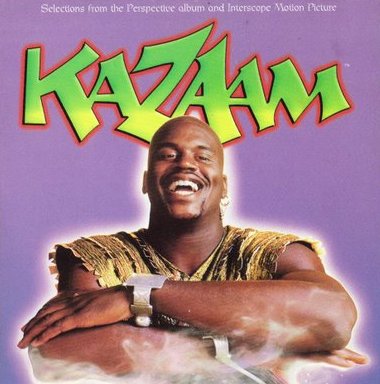