Halloween is upon us once again. Personally, it is my favorite time of year. The fall weather, the kids dressing up and trick or treating, the ghost stories, the candy and even a scary movie or two are some of my favorite things to do. But, have you ever wanted to have a real scare and stay in an actual haunted house or take a tour of a haunted museum on Halloween? I am sure you would look at the day in a whole new way after a visit to one of these places.

The Herlong Mansion is located in Micanopy, Florida. The home was originally built in 1845; it was a two story farm home that belonged to the Simonton family. In 1910, it was renovated into a three story mansion by the husband of the Simonton daughter. There were six children that grew up in this house and all felt a deep connection to it. They fought for 18 years after their parents passed away. Finally, after a long battle Inez was able to by the house from her other siblings. She had plans of restoring it to its former glory, after it fell into disrepair from years of neglect. Shortly after she acquired the home, she was found dead. It has since been restored to its original glory and turned into a bed and breakfast. It has been reported that she has been seen in the living room, in her old bedroom, on the staircase, and the verandah. 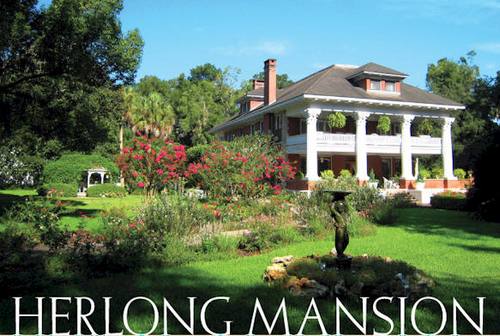 The Morris-Jumel Mansion is located in New York, NY. This house was built in 1765 and it is currently a museum. They keep the top floors of this four story mansion closed to the public and even the employees will not venture up there. In 1776, it was the headquarters to George Washington during the Revolutionary War. It changed hands after the British took it over and was turned into a tavern. In 1810, Mr. Stephen Jumel and his wife purchased the estate along with the surrounding 35 acres of land. The fixed it up and lived there for many years. It is said that there are 5 ghosts living in the estate. They inhabit the 2nd and 3rd floors along with the balcony. 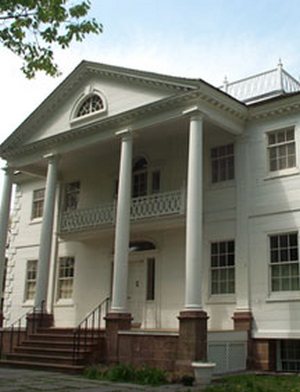 The Captain Lord Mansion is located in Kennebunkport, Maine. Captain Nathaniel Lord built this three story mansion in 1812, but he never had the chance to live in it. He passed away just before he was scheduled to move in. The rest of the family, however, lived in the home until 1972. Then, it was a home for older women until 1978 when it was remodeled and made into a bed and breakfast. The Lincoln Suite and the staircase leading up to the eight sided cupola are known to be haunted by a woman in a nightgown. 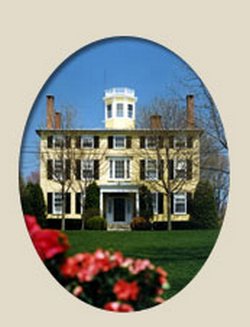 The Catfish Plantation is located in Waxahachie, Texas. The house was built in 1895 by a farmer named Anderson. It was used as a private residence until 1970. It was used as a doctor’s office after it was sold and then it was sold a few more times, resulting in unsuccessful restaurants. Until 1984, when Tom and Melissa Baker bought the property, completely unaware of the ghostly inhabitants living there, they were using the building as a restaurant and home. There are 3 ghosts living in the restaurant. One is named Caroline; she lived in the building from 1953 to 1970. One of the other ghosts is Elizabeth Anderson, who was said to have been 20 years old when she was strangled by someone on her wedding day. The third ghost is Will, and he is the quietest of the ghost, having lived there during the depression years. 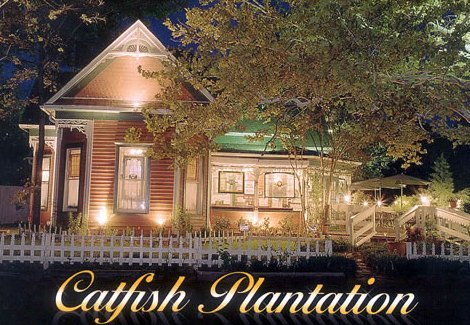 The Plains Hotel is located in Cheyenne, Wyoming. This hotel was built in 1911 and contains five stories. It was designed by architect William Dubios and cost $250,000 to build, decorate and furnish. This hotel has had a long life and the owners, throughout its rich history, have kept up renovations. In the 1930s, the hotel had a makeover and then again in 2002 there were further upgrades made to the 130 room hotel. A murder-suicide occurred during the early years of the hotel. All three of the victims can still be seen in the lobby, on the second and fourth floors and in the basement. There is another entity that was pushed out the window on the fourth floor and he or she can still be seen roaming that floor. 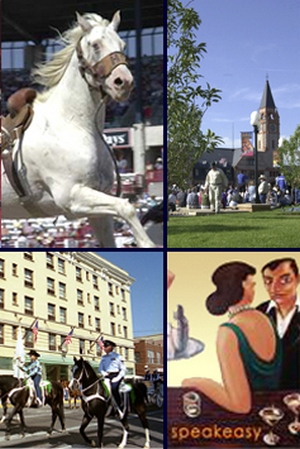