When you’re a guy and you’re dating or married, chances are you’ve been dragged to a few horrible romantic films, or forced to sit through every Nicholas Sparks film a dozen or more times when you and your girl have “date night.” Generally, this comes with a series of groans and eye rolls and is typically done with the hope for oral gratification as a reward for surviving such dreck. However, there are some chick flicks that guys will happily sit through, because they’re just plain good and don’t rely entirely on cheesy monologues about love, and generally throw in some legitimate humor.

Maybe the most famous of all romantic comedies, When Harry Met Sally… is also still probably the best. If you have never seen it, it tells the story of Harry and Sally – shocking, we know – a pair of college graduates who meet through a mutual friend and drive together to New York to start new jobs. Because this is a romantic comedy, they are required to be complete opposites who start off pretty much despising each other, and through the years realize they’ve been madly in love all along.

So why does it work for guys? Frankly, because it’s got superb comedic dialogue and has the good fortune of having an excellent cast in supporting roles, like Carrie Fisher and Bruno Kirby. But at the end of the day, if you’re a guy, what you’re going to love this movie for is the terrific performance by Billy Crystal in the lead role. He’s absolutely hilarious, and his interactions with Bruno Kirby make for some of the best scenes in romantic comedy history. Yes, we’re talking specifically about the Mister Zero scene. 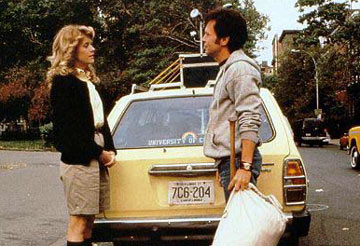 Now, in fairness, this movie came out under the guise of being a sports movie as much as a romantic comedy, so no doubt guys were checking it out at the movie theater anyway. Some might have been disappointed when they realized that sports were extremely peripheral to the plot, and really only factored into the film when sports stars would cameo, and in the climactic scene on Monday Night Football.

But even if you were a guy and you were disappointed by the lack of sports, chances are you loved the movie anyway because of the great performances and witty dialogue. Plus, there was the presence of Jonathan Lipnicki as Ray, who stole every scene he was in with his cuteness and random factoids, like the one about how his neighbor has three rabbits and the other one about how the human head weighs eight pounds. We had been wondering why his career never really took off, and then we Googled him and saw what he looks like now, and realized that he totally peaked at age six. 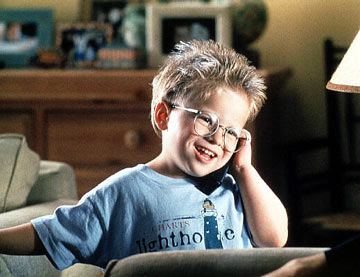 Steve Martin wrote and starred in the film Roxanne, which instantly tells you that if you’re a guy, you’re going to enjoy it. It’s based on the play Cyrano de Bergerac, which tells the story of a guy with a huge nose who pines for this hot chick, while she pines for this good looking dude, who enlists Cyrano to basically speak for him in order to woo the hot chick because Cyrano is pretty much a genius with words.

Roxanne follows this same formula, right down to the scenes where the good looking dude stands below Roxanne’s window, shouting romantic lines up to her while Charlie, played by Martin, hides in the bushes and feeds him these sweet nothings. Naturally, Roxanne learns the truth and realizes she’s been in love with Charlie all along. If you have any reservations about whether or not you’ll enjoy this movie, just go watch the scene wherein Charlie is challenged to come up with 20 insults about how big his own nose is. It’s brilliant, and so is Martin. 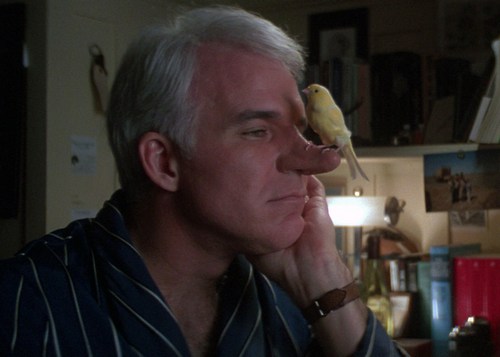 While this is an adventure comedy, it is most definitely a chick flick. Heck, the main character is a freaking romance novelist, and there’s an extended scene in which she and her would be lover dance and then make sweet, tender love. And then he steals a treasure map from her, which zaps you back to the reality that it’s a pretty awesome movie. Romancing the Stone stars Kathleen Turner and Michael Douglas, with Turner playing the aforementioned romance novelist whose sister is kidnapped in Colombia, and Turner has to bring the map to her kidnappers.

She gets lost along the way, naturally, but is aided by a gruff adventurer played by Douglas, who learns of the map and the legendary jewel to which it leads (the titular stone), and schemes to help her long enough to steal the jewel for himself. There is a private Colombian army, some alligators, lots of gun fights and car chases, and Danny DeVito throughout the movie, making this one of your very best options if your woman says she wants to watch a chick flick. 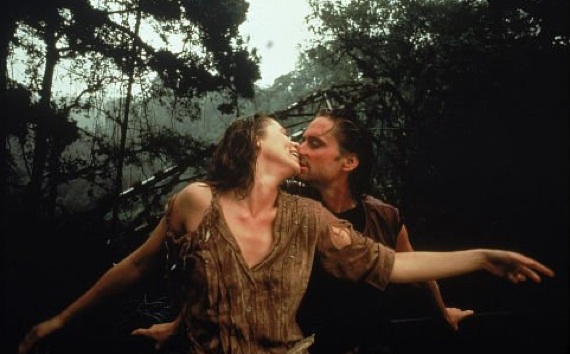 Come on, no list about the best chick flicks for guys would ever be complete without The Princess Bride. It’s a classic in every sense of the word, with a little bit of everything scattered throughout. It’s got the fairy tale setting, the beautiful princess and the handsome, swashbuckling hero who goes on and on about true love for the women, and it’s got biting humor, epic sword fights and Andre the Giant for the guys.

If you’re one of the two or three people who has never seen The Princess Bride, well first of all what are you waiting for, and second, it’s about a beautiful girl who was in love with a farm boy, who was kidnapped by the feared Dread Pirate Roberts. A few years later she is chosen to wed the Prince, who has an elaborate plan to kill her in order to incite a war with his nation’s enemy. The farm boy has taken over the role of Dread Pirate Roberts and comes to her rescue, of course, but not before enlisting the aid of Andre the Giant and Mandy Patinkin, who has his own plans for revenge that allow him to utter the famous line, “Hello, my name is Inigo Montoya. You killed my father. Prepare to die.” It’s also got Billy Crystal and Carol Kane on board for one of the funniest scenes in the movie. Every woman loves The Princess Bride, and that’s okay with us guys, because we love it too. 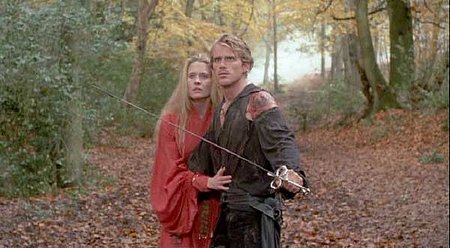