There has been a great deal of speculation about the existence of other forms of intelligent life in the universe. Some claim that we are alone. Others say that it’s like sober Irishman: it exists but we may never find it. Still others believe that we have already made contact, citing various probing-related accounts as evidence.

Were an intelligent, advanced species able to observe our planet, there’s a good chance that things would probably only going poorly for us. Best case scenario: they find our bumbling hilarious and make us the space equivalent of bears riding tricycles in the circus. But in all likelihood they might just wipe us off this rock for our sins and let evolution roll the dice again.

Not that we don’t deserve it. Forget the war, famine, disease and terrorism; we can’t even decide basic stuff, like what to call our fizzy beverages. Let’s look at the ways we’re failing to get organized as a species, and maybe then we can work on no longer being the laughingstock of the galaxy.

We Still Can’t Agree How to Observe Things

One of the most basic tasks we do as an intelligent species is make observations. It’s vital to our survival. We assess temperature when we get dressed in the morning before going out so we don’t freeze to death. We gauge distance, speed and time on our way to work so we won’t be late. We estimate the weight of the prostitute we pick up after work so we don’t get crushed to death. All of these pedestrian, daily tasks involve making observations and these observations are measured in units. 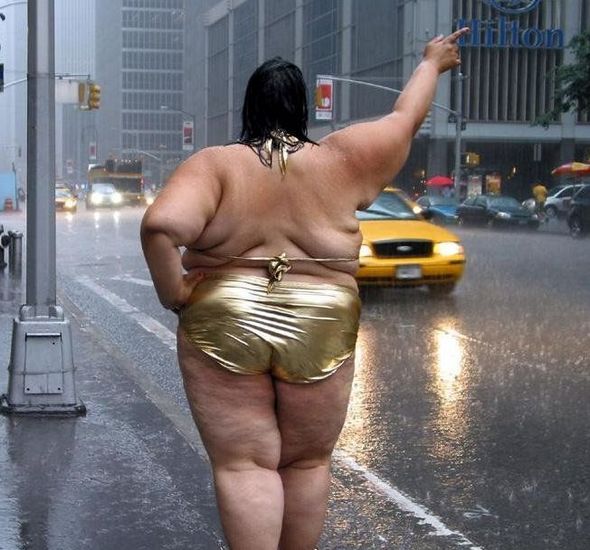 Some things are easier to observe than others.

It seems like something so universal would be universally agreed upon. We actually have a pretty good system: the metric system which uses the International System of Units. It provides a standard for comparing things of different weight, length, time, temperatures, electric currents, luminosity, and amount, with common prefixes so there is no confusion. The only thing wrong with the metric system is that people are too stubborn to use it.

Officially, there are only three countries in the entire world that don’t use the metric system. Burma and Liberia are two of the holdouts. The third is a country you may or may not have heard of before, but it’s one that controls and produces a disproportionately huge percentage of the worlds manufacturing, politics and media. Yes, the United States of America uses their own bastard measurement system and everyone else can just choke on it for all they care. 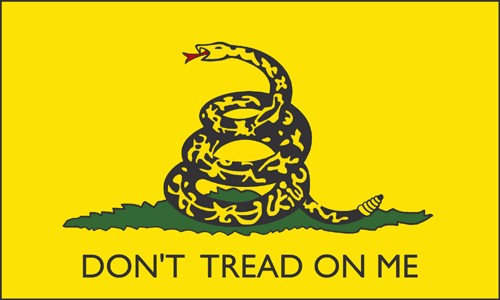 That’s right. You read the back window of my ’96 Chevy Pickup.

Not that you can blame Americans for being stuck in their ways. People in other countries still make use of the older systems of measurement, such as British people downplaying their obesity by telling you how many “stone” they weigh. The media doesn’t help either, constantly referring to length as multiples of football fields or height as Empire State Buildings or weight as John Goodmans. If you don’t think this crapshoot of measurements is a problem, try converting a few square yards to square feet or tablespoons to ounces in your head. Or consider that there are at least four different volumes commonly referred to as “pints”, and the US liquid pint is the smallest. Another reason nobody takes US beer seriously. 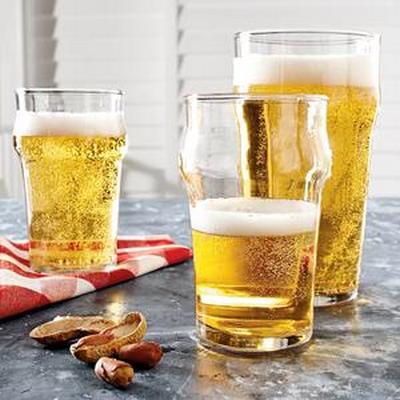 We Can’t Decide the Proper Way To Drive

If assessing stuff is the paramount human activity, then the next most important thing we do is probably getting stuff. Like water or hot pockets or whatever. This involves moving around: getting from point A to point B (and point C on weekends). The problem is that sometimes those places are far away, and other people want to get to places too, so we have roads and cars to make things faster. But when you let pretty much anybody operate a several ton machine loaded with highly combustible gasoline, it’s a good idea to have some rules. And the first thing you’re probably going to want to set out is which side to stick to, otherwise you’re going to end up with a whole lotta head on collisions. 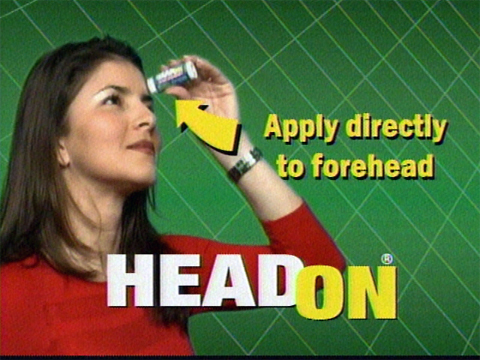 No, not the placebo wax sticks, the kind that kill people.

Yet we can’t seem to pick a side and stick with it. As it stands, roughly one-third of countries drive on the left and two-thirds on the right. There are a number of proposed reasons why either side is the “correct” one. Supposedly, driving on the left started because it allowed right handed people to draw their swords better when passing others on the road. Naturally, many continue to put forth that this is reason enough for everyone to adopt the left-side system, since it would make all that SUV jousting that we see in the news much easier.

However, starting with France’s lead, and further strengthened by the mass production of right-side cars from America, the righties came to dominate the world of traffic. There’s not a lot of cold hard facts supporting one side or the other as “better”, though some outdated research has suggested the lefties have fewer accidents. But what can cause even more accidents is not knowing which side you’re supposed to be driving on. Until the 1900’s, some godless wastelands (like Canada) had different rules in different parts of the same country. A host of other countries up and switched during the last century as well, some for no other reason than because a wizard said to. Really. 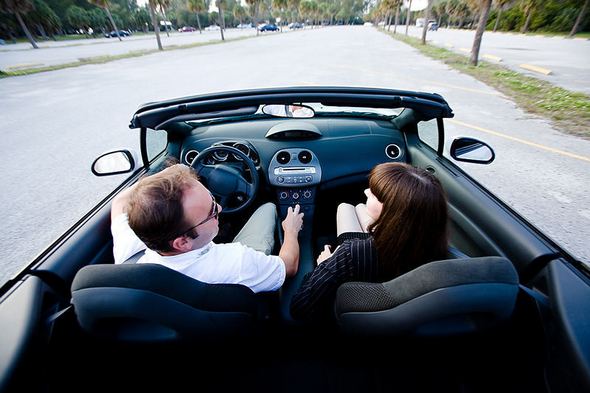 Even today, inexperience or unfamiliarity with opposite side driving can cause accidents for tourists. It also can require complex, otherwise pointless construction projects to sort out the shifting required when crossing between borders. Having a single, global driver’s side would also reduce manufacturing costs as the robots or low-wage toilers who make the cars wouldn’t have to produce both setups. And Lord knows if there’s one thing we need, it’s those new cars.

We Can’t Agree What Things Are Worth

In fact, we need a lot of stuff. And not just another box of Sham-Wows to use on the boat like that stroke-faced douche on the infomercial suggested or a new 3D television to go in the john. We have a lot of basic necessities that we have to acquire if we are to survive. 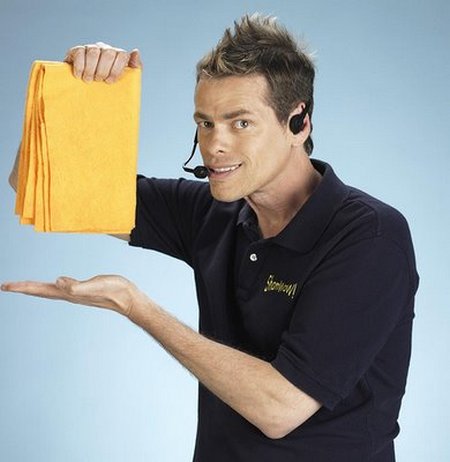 Don’t feel bad, he beats up hookers and made the Slap-Chop.

The problem is that supply, demand, economics and whatever other voodoo we sprinkle into the global financial system results in a really mind-bending brew. Currently, there are about 203 countries, depending whom you ask, as well as 32 dependencies. How many currencies are there? About 182. And that doesn’t even count the confederate money your racist uncle left you in his will.

We do need money. Nobody is going to haul a dozen eggs from their coop every time they need a pack of double A’s from the trading post. And while it would be nice if the cash in your pocket didn’t have the potential to be suddenly worthless, the truth is we’re probably too stubborn about being jerks to each other for a simple, inflation free currency to exist any time soon. Plus it’s kind of bummer for the poor nations to realize that a guy pushing papers in Omaha really did make more in a day than they do in a year. 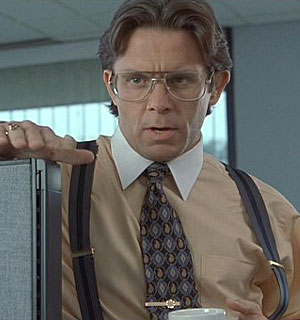 If you could go back to making shoes and then dying, that would be greeeeaaaat.

Plus, with the increased digitization of our currencies, the differences matter less for the rich nations. Most first world citizens can walk into any industrialized country, swipe some plastic and walk out with their goods and services without touching a red cent. Or silver rupee. Or brown coconut. Or whatever people are bartering with these days.