When you’re a kid, it is often fun to get lost in a world of make believe. You can pretend that you’re a knight rescuing a damsel in distress, or a mutant with some totally rockin’ superpowers, or Indiana Jones trying to find a lost and priceless artifact. Of course, then you grow up and playing make believe is no longer what the kids refer to as “cool” anymore. We should say, many of us grow up and leave the world of make believe behind. Other people, well, they can be a little more hesitant, and that’s why we’ve got people messing around with things like…

Come on, did you think we’d really start with anything else? Of all the things on this list, learning and speaking Klingon is probably the most established practice there is. People have been learning and speaking this made up language for so long that it’s relatively commonplace in comparison to the rest of the entries below. Speaking Klingon is mentioned in pop culture all the time, from movies like Garden State all the way to shows like Frasier.

There’s even a Klingon Language Institute, which exists to teach people to read, write, and speak the language of those alien freaks who kept trying to kill William Shatner back in the 1960’s. We have to admit that the KLI seems to have a pretty solid grasp on their public perception and embrace it, putting humor on their website with lines like “whether you’ve just stumbled in here by accident, or lost a bet.” And d*** it, we just can’t hate too much on nerds who can crack little jokes like that. We’ll even let them keep their lunch money. 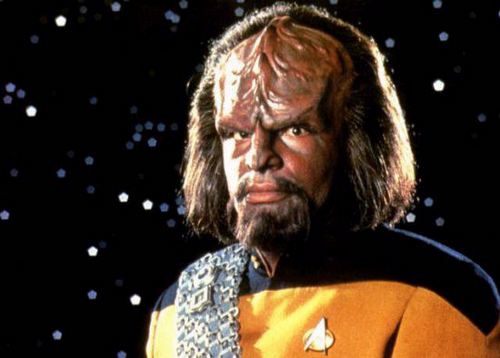 If they all looked like this, there would be far fewer jokes.

Star Wars taught us a lot. It taught us that Darth Vader was a total bada**, Luke Skywalker was a whiny b****, George Lucas is a one trick pony and that being a Jedi Knight would be about the coolest thing ever. Just imagine being able to force choke people into submission or convince them that really, these are so totally not the droids they’re looking for. And now imagine people in the world who actually list “Jedi” as their religion. And now stop snickering while we tell you all about them.

Believe it or not, there are really people out there who have “converted” to Jediism, and you can too by visiting templeofthejediorder.org. It’s a real website which claims that practicing Jediism is not the same as seen on the screen in the Star Wars films, though the longwinded mission statement suggests that’s only because they don’t in fact have the Force. They do however refer to themselves as Jedi Knights, which kind of contradicts the whole thing, and say that they base their lifestyle not on the “myths” of Star Wars, but on real life examples of Jediism. Kind of like the time we were trapped in an ice cave and willed our lightsabre to us in order to escape a Wampa. We should totally tell them about that, they’d think it was awesome and make us their leader. 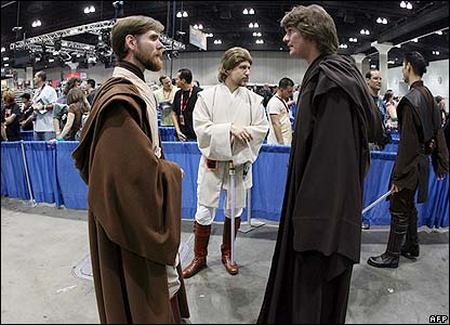 You call that discipline? If that was a real lightsabre you’d have lost a foot.

The “Sport” of Quidditch

It probably should not come as any shock that there are people who take the world of Harry Potter way too seriously. And hey, we admit that it’s a pretty cool world and we dig the books and movies as much as the next nerd. So it probably shouldn’t come as much of a surprise that people looked at elements of the books and films, thought to themselves, “hey, that’s awesome” and tried to turn them into reality. Most notable of these pathetic attempts is the ‘sport’ of Quidditch, which has become something of a phenomenon on college campuses across the United States.

Quidditch, as you know doubt know, involves people flying around on brooms and also involves what appear to be ridiculous double entendres, such as one of the positions being called “beater” and the object that a seeker tries to catch being named a “golden snitch.” The Quidditch that people actually play follows all of the same overly confusing rules as Harry Potter’s version, with the tiny difference being that no one is, you know, actually flying. The best part is that despite the lack of flight, they still run around with brooms held firmly between their legs. We aren’t experts, but we’re going to go ahead and assume that the people who play Quidditch are either the nerdiest kids on campus or so stoned that they make Ultimate Frisbee enthusiasts look straight edge by comparison. Good thing he’s got that cape or this would look ridiculous.