When you really stop and think about it, the movie universe is so much cooler than our own universe. Sure, there are psychotic killers in hockey masks running around murdering sexy teenagers, and there may or may not be robot overlords on the verge of taking over the world in the movie universe, but there are also a whole lot of really cool things. These are the things we look at on the screen and imagine how awesome it would be to have these items at our disposal. You know, items like…

Come on, you knew this one was coming. Ever since Back to the Future II came out, every kid in the world has been dreaming about the day the hoverboard would actually exist. What’s cooler than a skateboard without the skates? You know, aside from the whole time machine thing, but let’s ignore that for a minute. The movie promised us that the hoverboard would exist by 2015, and the clock is ticking. We’ve got the ability to make boards, and we’ve got the ability to make things hover, so what’s the hold up?

Fans of the Back to the Future series, along with anyone who just doesn’t suck in general, got excited when it was announced that the hoverboard would actually be produced. Then massive disappointment set in upon realizing that it’s only a replica of Marty McFly’s girly pink hoverboard, and that it doesn’t come remotely close to hovering, and it’s insanely expensive. But hey, the movie predicted that there’d be a baseball team in Miami, and now we’ve got the Miami Marlins, so who knows? Maybe we’ll get our hoverboards after all. Just remember, they don’t work on water unless you’ve got power. 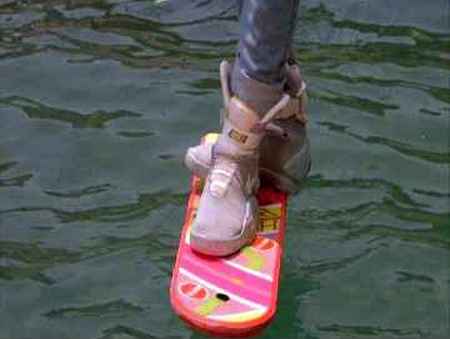 Yes, you no doubt saw this coming, too. But if we’re all thinking it, doesn’t that mean we’re united in our mutual desire to hold an actual, working lightsaber? Just imagine all of those times a lightsaber would come in handy. Like, you know, when you have to slice bread. Or maybe when you have to, oh, who knows, open a package, or something? Or if an ugly dude in a cantina attacks your younger companion and you need to chop his arm off.

Okay, so there really aren’t a lot of practical uses for a lightsaber, and the fact of the matter is they’d be way too dangerous for any old schmuck to play around with. Chances of some drunken idiot accidentally slicing his foot off, or someone else’s foot off, are exceptionally high. But hey, they’d look super cool doing it, right? And the heat from the lightsaber would immediately cauterize the wound, so double score! Totally worth all of the bodily harm it would inflict.

Now we’re starting to get into stuff that’s actually practical, and would be a godsend to both the transportation industry and lazy people everywhere. The transporter beams from Star Trek would be, let’s face it, about the greatest thing to ever happen. No more sitting around a crowded airport after your flight has been delayed for the third time, and no more getting crammed into a seat that doesn’t offer nearly enough room. Don’t even get us started on the screaming babies sure to be on every flight.

Instead, with a transporter beam you could go all Nightcrawler (okay, different fictional universe, but go with it) and, with the touch of a button, be transported immediately to your destination. It would absolutely revolutionize travel, and if you’re really lazy and have a lot of disposable income, you could even place transporters throughout your house so that you won’t have to actually, you know, walk. Because this is the future, man, and walking is for suckers. 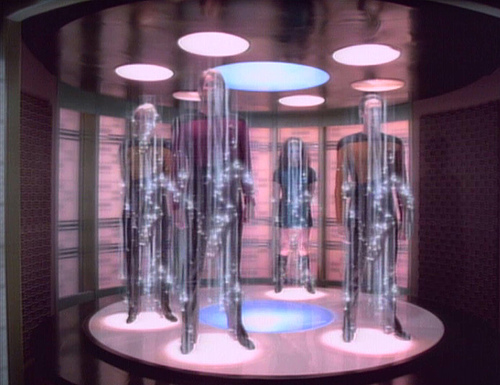 No, we’re not talking about any old remote control, even though those things are awesome, too. Seriously, who gets up and walks to the television to change channels? Like we said, walking is for suckers. But no, we are, of course, referring to the magical remote control that Adam Sandler uses in the movie Click. The movie was pretty awful, but no one in their right mind came out of it thinking 1) no way could Adam Sandler land Kate Beckinsale, and 2) that remote would be pretty awesome to have, even though Sandler totally botches it.

Who wouldn’t love the ability to pause reality, and go back and rewind to get a do over when you’ve totally screwed the pooch on something? For starters, imagine the gambling possibilities. Fast forwarding to find a result, going back and placing a huge bet? Not to get too Biff Tannen on you or anything, but who wouldn’t love that? The remote control from Click is about as close as you’re going to get to time travel without inventing a flux capacitor. 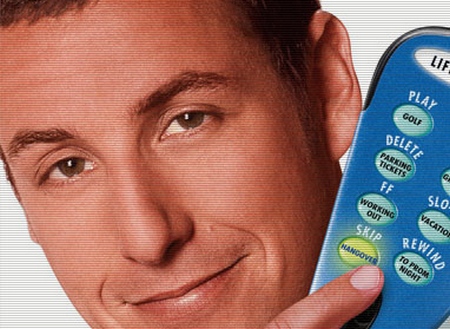 One of the great things about the remote in the movie Click is that it allows the user to fast forward over arguments, and move right along past the point where your wife or girlfriend is angry with you. Well, what if they never knew they were mad at you in the first place? We’re getting into some pretty dicey moral territory here, but come on. Haven’t you ever wished that a fight could be simply erased from existence? No more making up for whatever idiotic thing you did or didn’t do with chocolates and flowers and an expensive dinner, all thanks to the neuralizer from Men in Black.

The neuralizer would be an amazing invention to have for the reasons stated above, among many others. The ability to slack at work and then use the neuralizer to not only wipe your boss’s memory of you being lazy, but implanting a new memory that not only makes you seem like a model employee, but also garners you a raise or two or twenty. Because remember, you can keep getting raises, wipe his memory, and get another one, and another, and another. And at this point, we’re starting to realize that the primary reason we’d want most of these inventions is to rack up as much money as is humanly possible. That’s not a bad goal, is it? 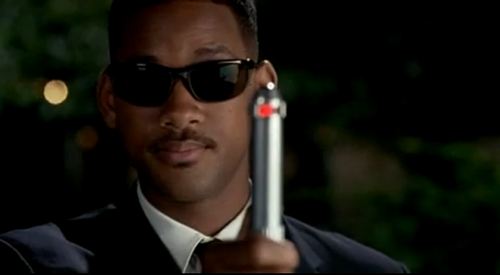