Home Home 5 Fashion Trends That Double as Self Defense

It’s not always easy being a woman. Sure, you have the benefit of certain assets that can be used for fun or profit when dealing with members of the opposite sex. But on the flip side, those assets are always in demand, and sometimes they need protecting when someone gets a little too friendly.

It’s nice to know that, if you’re wandering around the dangerous streets of major cities such as Los Angeles or New York, you’ll have a way to defend yourself without worrying about whether the sheath for your knife matches your dress. Because if you can manage to squeeze in to (literally, in some cases) some of the fashion trends on this list, you’ll never be without a practical and fashionable weapon close to hand. What more could a girl ask for? Except a hunky bodyguard, perhaps… 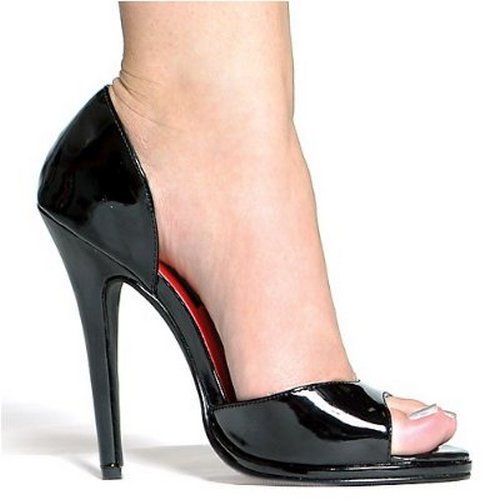 Despite popular belief, dangerous to more than just the wearer.

When it comes to fashion, it’s well known that women will go to great lengths (or in this case, great heights) to win in the never ending inter-woman competition of “I’m sexier than you.” What better sacrifice can you make to the fashion gods than to constrict your feet in stilettos, which are uncomfortable, terrible for running in, and can cause injuries and diseases such as osteoarthritis? Following this trend is certainly just a few wobbly steps away from a carefree life supported by the largesse of your new sugar daddy.

But we bet that you didn’t know that there’s a method in the midst of this madness. That’s right, stilettos are good for more than just an excellent form of self-flagellation. In a pinch, the shoes can be used as a weapon, as one pregnant stripper found out when she assaulted someone with a stiletto.

We’re guessing that men are never going to look at their girlfriend’s shoe closet in exactly the same light. And now women can be comforted during their long walks home carrying the cute shoes that are just such a pain to wear, instead of cursing themselves for not making better shoe choices (that don’t compliment their gams). 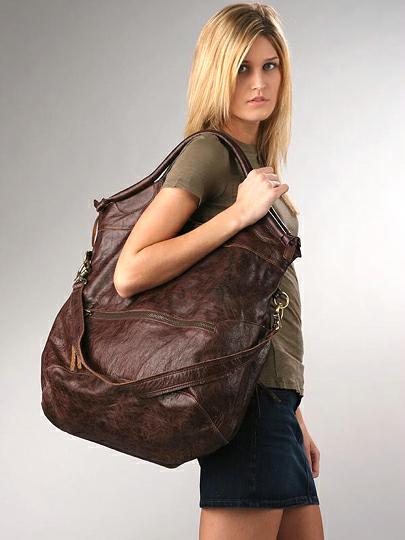 This one’s easy. If you’ve never had the chance to look through a purse, get on your knees and thank whatever you call holy. These fortresses of security render any important object instantly invisible once it enters the purse interior, and the bigger the purse, the more violent weapons can be stored within. A woman could have an AK-47, several sets of nunchucks, and a few hand grenades for good measure in one of these things, and no one other than herself would ever be the wiser.

The only drawback is that the woman herself might not be able to find what she’s looking for. In that case, though, the purse is just as good a weapon as its contents.

Once the woman realizes that her plight to locate said weaponry in a pinch is futile, she can always use her enormous purse to fend off her attackers. It wouldn’t be the first time that such a thing has happened. A good wallop to the side of the head with one of those things is bound to be painful, if not actually lethal. Just consider what it would be like to be hit in the side of the head with a five to ten pound dumbbell – yeah, it’s going to be something like that. With a hefty dose of anger on the other side.

Or, she could just carry around a purse shaped as a mace. And who said that fashion wasn’t efficient? 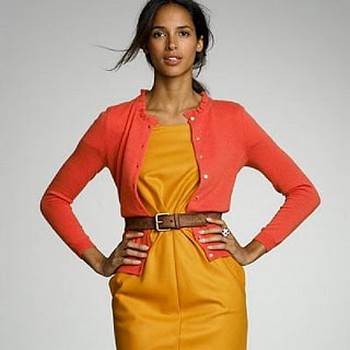 Women: defeating the useful aspects of clothing since pretty much forever.

A woman finds herself cornered and empty-handed. What to do? Well, if she’s wearing one of those fabulous belted sweaters, dresses, or unholy sweater-dress monstrosities, she’ll never be unarmed.

But I have a belt too, you might say. True; but how easy is it for you to belt-fight with your pants around your ankles? Your girlfriend knew that your practical mind would be your downfall some day, and she was right. You see, when a woman uses a belt, nine times out of ten it (like many other things worn by woman) won’t serve any practical or useful purpose. It will just be there. There might even be two or three of them, if the woman is particularly fashion-forward. In this seeming female silliness lies the key to womankind’s greatest defense.

And don’t fall into the trap of thinking that the woman in question doesn’t know what to do with her belt once she’s whipped it off her body, with the only negative effect being that her outfit is no longer completely pulled together. For all you know the woman might have successfully completed a course in the art of belt-fighting.