Sports are supposed to be about athletic competition. That is, until outside interests become involved and things get a little fishy. Match fixing is prevalent in virtually every professional sport. What follows are four famous examples (and one alleged example).

This one comes with a big ol’ asterisk. No one involved in the fight has come forward to say it was rigged, but the outcome was so bizarre that many folks assumed that it was. The impact was so immense that it warrants inclusion.

On March 17th, 1990 the world of boxing was abuzz as two undefeated champions stepped into the ring for a title unification bout. One was the Don King fighter Julio Ceasar Chavez. His opponent was Meldrick Taylor. Though both men were in the same weight class, Taylor had superior speed. Regardless, Chavez was deemed most likely to win. 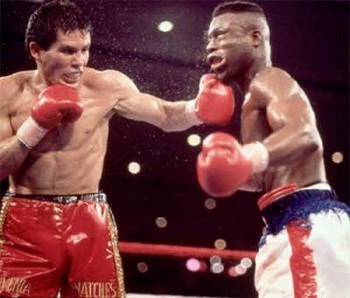 From the opening bell Taylor’s speed gave him an immediate advantage and kept Chavez on the defensive. By the final round, however, Taylor had started to wear down and Chavez scored a clean shot, sending his opponent to the mat. Referee Richard Steele began the count. Taylor got up at six. Steele called the match in favor of Chavez. Everyone in the arena was shocked.

Taylor had been leading on the scorecards even after the knockdown. What’s more, there were only two seconds left in the match. However, Steele called the match because Taylor didn’t respond to his questions coherently. Steele also believed that Taylor was in no shape to continue despite getting back up and appearing ready to keep fighting. The decision was upheld by the Nevada State Athlete Commission despite the controversy surrounding the outcome. Though none of the parties involved have come clean since the match, those who believe the match was rigged point to Steele’s past rulings in bouts featuring Don King’s fighters, suggesting he may have been bribed or that the two were otherwise working together

While Gay Future sounds like Pat Robertson’s worst fears come to reality, it’s actually the name of a British race horse. The horse was chosen by an Irish betting syndicate to pull a tremendous cheat, presumably because of its delightful name.

When it came time for owner and trainer Anthony Collins to present his entry for a 1974 race, he intentionally used a poorly trained horse as Gay Future. This raised the odds against Gay Future, exactly as planned. On the day of the race Collins had entered three horses in three separate races, substituting the fake Gay Future with the real, properly trained horse. The other horses were withdrawn from their races before they even began. Meanwhile, the syndicate members placing bets on all of the horses had them rolled over on to Gay Future.

Gay Future easily won the race, but bookkeepers aren’t stupid. They noticed the strange betting patterns and the long odds on Gay Future and promptly called the police. The syndicate members were arrested but received only small fines as punishment.

The Flockton Grey Scandal is the biggest British race horse scandal in history. That’s really saying something when you consider just how easy it is to rig a race (and how often it has happened, too).

Flockton Grey was an unremarkable two-year old horse from a relatively unsuccessful yard. When it was entered into its debut race (a race strictly for horses its age) the owner Ken Richardson and trainer Stephen Wiles decided to say “screw it” and break the law.

They switched Flockton Grey with the three-year old Good Hand before spreading bets totaling over twenty-thousand dollars around different betting houses. It seemed like a sure thing, and that was the problem: Good Hand won the race by a suspiciously large margin. The bookkeepers refused to pay out and an intense investigation into the matter followed almost immediately. Investigators found that Good Hand’s teeth were too developed for it to compete in the two-year old age bracket. What’s more, when the horse was traced back to its yard and the real Flockton Grey discovered (determined by blood test), a scar on Good Hand’s leg gave him away. The lack of a matching scar on Flockton Grey sealed the ringer’s identity. Wiles and Richardson were banned from racing as a result.

On November 14th, 1947 “The Bronx Bull” Jake LaMotta took on “Kind of Forgettable” Billy Fox. To be fair to Fox, he wasn’t a terrible boxer. He was known for his speed and delivering rapid blows. But when he squared off against LaMotta most folks didn’t give him much of a chance. LaMotta’s own style was aggressive, stalking the opponent and keeping them within punching range while waiting for an opening and punching their face right off. By the time the two had their match LaMotta also had more experience boxing. On paper the guy couldn’t lose. 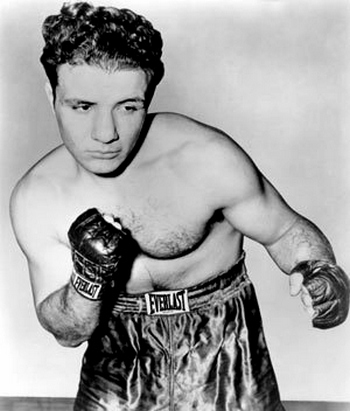 During the first round LaMotta delivered a few jabs and Fox started to lose his concentration and looked weak. LaMotta took it easy on him until the fourth round when he was suspiciously “knocked out” by the woozy Fox. 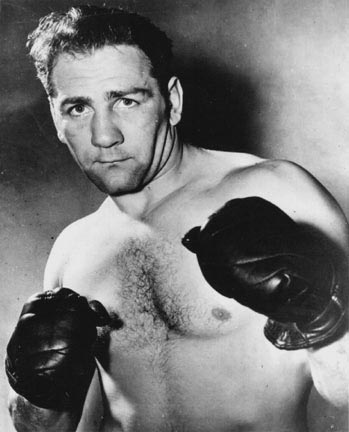 When the FBI investigated the underworld influence over boxing years later, LaMotta revealed that the fight was fixed and his performance was obvious to everyone in the audience. He said that if he took the dive the Mafia would arrange for him to get a title bout against Marcel Cerdan, which they did and he won.

The key to a good con is knowing when to quit. If you can pull off a major haul and go undetected, that’s really the best you can hope for. Jimmy Gauld, former British footballer, managed to fix matches for years with the help of players involved. He’d convince members of the team to bet against themselves and throw the game. This ensured that everyone involved got a sweet slice of law-breaking pie. It’s not known how much Gauld made from these cons but it’s safe to assume he was living comfortably. 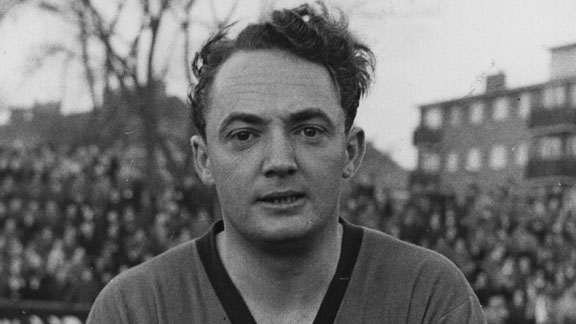 Though apparently he couldn’t afford a comb.

However, in 1964 he forgot the other key to a good con: don’t tell people you’re performing cons. Looking for one more payday he sold his story to the Sunday People, including the names of three specific players who threw a match for him two years prior. Unfortunately for Gauld the story incriminated him as well. As the trial unfolded a total of thirty-three players were prosecuted with many receiving jail time and lifetime bans from the sport. However, since he was the ringleader of the scam Gauld received the longest sentence of the group, with four years jail time.