Home Home 5 Famous People and the Inventions Everyone Forgets About

It has been said that “the history of the world is but the biography of great men”. This is called the “Great Man theory” and we assume it’s totally bogus, otherwise you’d already know who came up with it. But it is true that many figures and their accomplishments can be overshadowed by the titans of history.

What you may not realize is that the massive accomplishments or blunders of the Greats can often overshadow smaller but significant triumphs, like Jimmy Carter legalizing home brewing. Here, then, are five people of note whose accomplishments shadow their other inventions. 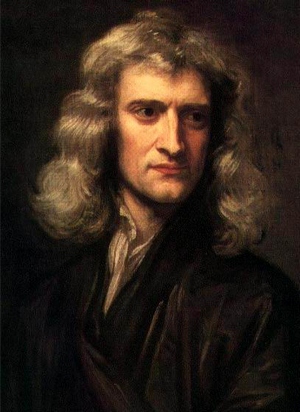 This man is more important than anything you or your descendants will ever do, collectively.

One of the most important figures in scientific and, indeed, human history, Newton managed to revolutionize the fields of physics, math, astronomy and philosophy, all while looking like Sarah Jessica Parker if she got hit with a brick. He invented a new branch of calculus (that class you failed in high school), new telescopes (those things you use to spy on hot neighbors) and penned the laws of motion and the theory of gravitation (which explain why your fat mama doesn’t fly off the earth). Well… while you can’t really say he “discovered” or “invented” gravity, he was the first to accurately describe it. 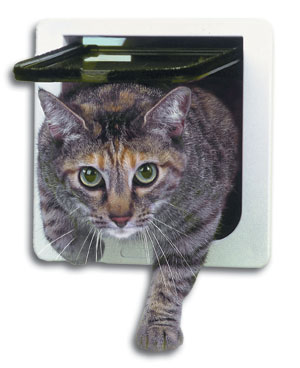 Not right up there with the motion of the spheres, but Mr. Whiskers likes it.

Yes, evidently pissed at his tabby’s lack of usefulness in developing equations (and its constant whining), Newton is credited with creating the first official cat door. There is also a story that he made two in the same door, one for his cat and a second for its kitten, but we expect this was created by the 17th century equivalent of high school jocks. 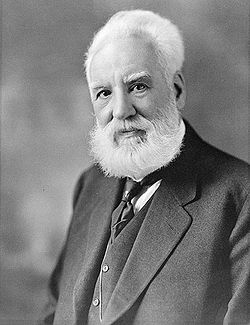 Probably invented the telephone to make it easier for people to ask for Christmas presents.

The Scottish-American-Canadian inventor is well known as patenting the first telephone. Slightly less famously, he also spoke the first homoerotic message by telephone: “Watson, come here, I need you”. In any event, he was a great engineer, had a hell of a beard and helped propel the western world into the modern age. And yet one of his most badass stories is mostly unheard of. Anything to avoid taking your shirt off, eh buddy?

That’s right, weirdo beachcombers owe him a debt of gratitude for inventing the first known metal detector. In fact, he first made the device in an attempt to save the life of the President of the United States. In what actually sounds more like a lame movie plot, the President, James Garfield, had survived the initial assassination attempt but was deteriorating rapidly. He had a bullet lodged in his spine that couldn’t be found, so they called in Bell to science up a device to find it. While he was able to fashion a crude, but functional, detector, it ultimately failed to find the bullet, probably due to the doctors refusal to move the President from his metal framed and coiled bed. But don’t let that ruin your hunt for buried treasure. 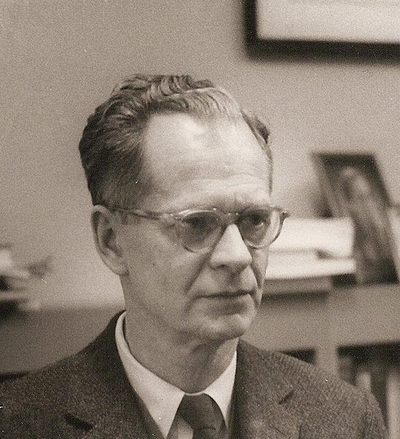 Sometimes academics look exactly as nerdy as you expect them to.

Considered the most influential psychologist of the 20th century, Skinner was a juggernaut of looking at stuff, writing that stuff down, analyzing that stuff and finally generating rational theories to explain that stuff. Sounds simple, but if you say that to a scientist’s face they are obligated shove a graduated cylinder where the sun don’t shine. 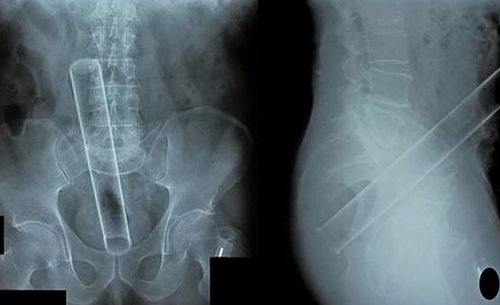 Skinner was also something of a polymath, but was never too far away from some kind of psychology. And so when he wasn’t personally investigating animals or humans to see what was on their mind grapes, he was building stuff to do it for him. 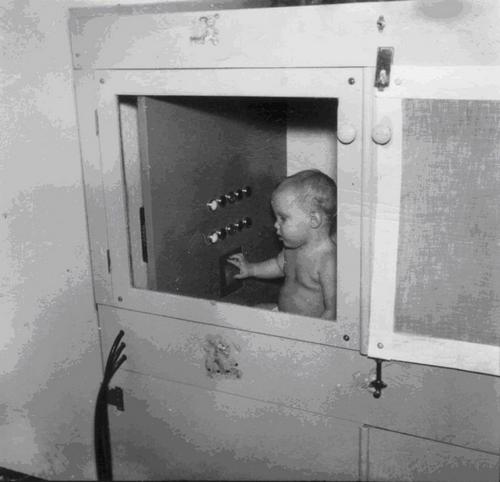 Batteries and babies not included.

The air crib, as Skinner called it, had the dual purpose of helping busy moms raise their kids and providing an ideal environment for growth and development. In theory, babies would cry less, be happier and healthier and leave more time for the parents to do other things. It didn’t sell particularly well as people thought it looked cruel. Rumors even circulated that Skinners own daughter had been used to test it (as well as his other theories) and went on to kill herself, which was absolutely not true. In fact, the kids that were raised using the box were later found to be unanimously well adjusted.

Skinner also attempted to build a rocket for the military that was controlled by pigeons in the brilliantly named Project Pigeon, but never really got past the demo stage. Some geniuses are fated to be ignored.