We all love losing ourselves in the movies, and often wish the stories would continue so we could find out what happened to our favorite characters. Sometimes we get that wish when successful films warrant sequels, and now and then we even get a television show based on said movie. Take M*A*S*H, for example. However, for every M*A*S*H there are about, oh, twenty terrible attempts to capitalize on a film’s success by bringing it to the small screen. Here are five of the most embarrassing we could find.

National Lampoon’s Animal House is, was, and will always be one of the greatest comedy movies of all time. It’s raunchy, it’s clever, and it gave us so many quotable lines and characters that it’s actually a tad bit ridiculous. Naturally, based on the immense success of the film, people who like money decided that they wanted to cash in on the pop culture phenomenon that was Animal House. One of the ways they tried was with the television show Delta House.

Amazingly, the show actually lasted more than one episode, airing from January to April in 1979, and included several actors from the film reprising their roles, including Dean Wormer, Founder, Hoover and D-Day, which is pretty amazing considering the end credits to Animal House told us that D-Day’s whereabouts were unknown. How horrendous was this show? Well for starters, they were forbidden from showing characters drinking beer, and it featured a character named “Blotto” who was, you guessed it, Bluto’s (John Belushi) brother. Especially amazing is the fact that ABC decided to not only cut down on the raunch, but somehow put this show based on a movie that relied heavily on drugs, alcohol and overall debauchery for its humor into its “family hour.” 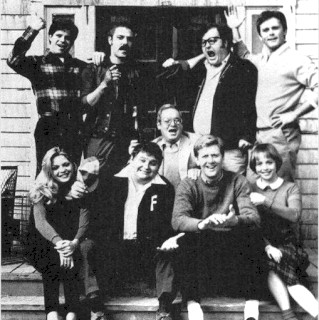 My Big Fat Greek Wedding accomplished two really major things during its theatrical run. The first is that it became, without question, one of the highest grossing independent films in the history of ever. The second is that it made Nia Vardalos believe she was a star and her story should continue on the big screen, small screen, or whatever the hell else screen she could find. Now, we don’t really have anything against Nia Vardalos, who seems like a decent enough gal, but it’s not always a good thing to take a pretty one note premise and try to stretch it into an entire television series. Just ask the geniuses behind Homeboys in Space.

The show ran in 2003 and was actually produced by Playtone Productions, which you might recognize as the production company run by Tom Hanks, who also produced the source film. Hell, Hanks helped oversee production while his wife Rita Wilson and her amazing rack even made a guest appearance for some bizarre reason. The show is supposed to be a continuation of the movie, but they actually changed the main characters name from Toula to Nia. It should probably tell you something that the concept was originally pitched before the film, and it was shot down almost immediately. It wasn’t until the film’s success that CBS decided to greenlight it, a move that turned out to be a Big Fat Greek Mistake. 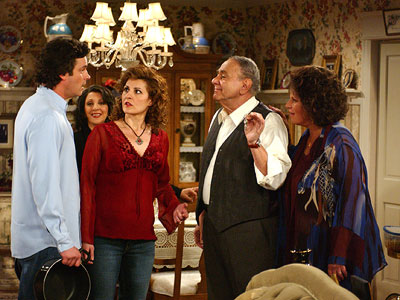 Uncle Buck was a good natured family comedy written by John Hughes, starred John Candy and featured an adorable young Macauley Culkin looking, well, adorable. It centered on a lovably irresponsible oaf who is thrust into the position of caregiver for his brother’s kids, and it follows his progress as he slowly learns to be a responsible adult, earns the love and respect of his nieces and nephew and matures in his relationship with his girlfriend.

The show miraculously lasted 22 episodes in 1990, despite the fact that it featured an incredibly depressing premise. You see, in the movie Buck is forced to take care of the kids because of a family emergency. In the television show, well, there’s a family emergency alright, but it involves his brother and his brother’s wife dying in a freaking car crash, leaving Buck as the legal guardian of their three children. We did mention this was originally a heartwarming family comedy, right? Nothing says heartwarming like tragic death! Now you might think that the television show based on a movie we’d talk about when referring to Ferris Bueller’s Day Off would be Parker Lewis Can’t Lose. Well, you’d be dead wrong. Believe it or not, back in 1990 NBC actually packaged a spin off called, simply, “Ferris Bueller” with their ill-fated Uncle Buck in what had to be one of the most misguided and least successful comedy blocks in recent television history.

The show was not actually a continuation of the film, but instead attempted to be somewhat meta with the main character of Ferris sometimes referring to the “fictionalized” version of his life that featured Matthew Broderick starring as, well, him. So basically, audiences were supposed to believe that this was the real Ferris, and the movie was basically just a fictionalized account of the things that happened in his everyday life. About the only noteworthy thing about this show, other than just how much it sucked, is that it featured a very young Jennifer Aniston in the role of Jeannie, Ferris’s angry sister played in the movie by Jennifer Grey. Mercifully, the show lasted only 13 episodes before getting the axe. 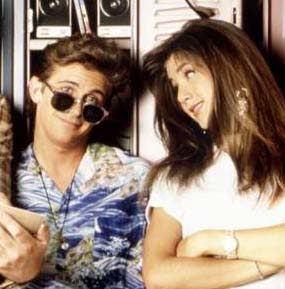 For whatever reason, Cruel Intentions fits the bill as a popular movie. It’s probably because of all of the pretty people pretending to act, like Sarah Michelle Gellar, Reese Witherspoon and Ryan Phillippe. But let’s face it, people only flocked to the theaters to see the film because it promised Buffy the Vampire Slayer making out with another chick, and nerds love them some girl on girl action. The movie spawned several direct-to-video sequels which were increasingly awful in quality but awesome in unintentional hilarity.

One of those sequels, the first, as it happens, was never intended to be a sequel at all. The fact is that Cruel Intentions 2 was originally set to be Manchester Prep, a television drama set in the world of the original movie. In 1999 the show was put into production and three episodes were shot (with none of the original cast, obviously), but Fox canceled the series before it ever hit the airwaves. Not content with letting their crappy show sit on the shelves forever, the producers decided to edit the three episodes together, and the result was the god awful abomination that is Cruel Intentions 2. It’s a pretty amazing feat to take what was deemed a show too horrendous and embarrassing to ever air and turn it into a movie so horrendous and embarrassing it gets the straight-to-video treatment, but the makers of Manchester Prep/Cruel Intentions 2 managed to pull it off.