Marriage is special thing, and the most obnoxious couple you know probably reminds you of that every time you get together at dinner parties. Of course, not all marriages are perfect, and in fact many end poorly. Some people just are not meant to be together, and that is not just limited to every day, average, normal people like us, either. Celebrities, as magazines often tell us, are just like us. They sometimes make horrible decisions as well, and because they are in the public eye, it affords us the opportunity to point at them and laugh. This is one of those times. Please join us in pointing and laughing at some of the most bizarre and embarrassing marriages in celebrity history.

Remember back in the day when Britney Spears was actually the poster child for sexpot and one of the biggest superstars in the world? The 1990’s were crazy, is what we’re taking from this. Anyway, it’s pretty well known that over the years she has had some pretty dramatic and very public breakdowns, including shaving her head and being a generally horrible mother. She even married Kevin Federline, which is enough to qualify her for this list.

But you know what? We’re going to give K-Fed a break here, and instead focus on Britney’s insanely short marriage to Jason Alexander. No, not the guy who played George Costanza on Seinfeld, though that would have been pretty awesome. Instead, we’re talking about some other Jason Alexander. You know, the one no one had ever heard of before and promptly forgot about as soon as the two split up. And just how long did that take? 55 freaking hours. It was right around this point in time we knew that Britney might not be all there. If you are anything like us, you forgot these two were ever an item right around the same time you forgot that Tom Green is a person who exists. His flash in the pan fame lasted approximately as long as their flash in the pan marriage, which spanned 163 days. Drew Barrymore is basically Hollywood royalty, hailing from one of the most famous big screen families in the history of Tinseltown. She’s been famous literally her whole life, and of course suffered the same pitfalls many other child stars endure.

That’s still no excuse to marry Tom Green, though, Drew. The “shocking” Canadian comedian is really just one of the weirdest, most annoying comics in recent memory. Here is a guy who is tolerable in small doses, and we do give him credit for trying to be Sasha Baron Cohen before Sasha Baron Cohen with his shocking “real life encounters” with people. The pair was engaged for a year, which is more than twice as long as they were actually married. 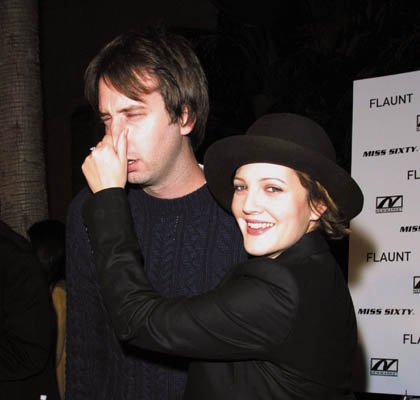 You know how everyone says that Katie Holmes was always just a beard for Tom Cruise? And so were Penelope Cruz and even Nicole Kidman? Well, before short little Scientology impaired Tom Cruise got into the act of marrying women so that people would stop thinking he was creepy, the King of Pop himself got into the act when he married the daughter of, well, the King. Maybe he just assumed he had to marry other music royalty?

Of course, the creepy factor still exists when you realize the first time Michael met Lisa Marie, she was seven years old, but we’ll let that slide. They were married for less than two years, right around the time he was getting accused of sexual molestation of children who stayed at the Neverland Ranch. People were so insistent that it was a fake marriage that at one point the pair showed up at an awards show and staged one of the most awkward public kisses in the long, sad history of awkward public kisses. 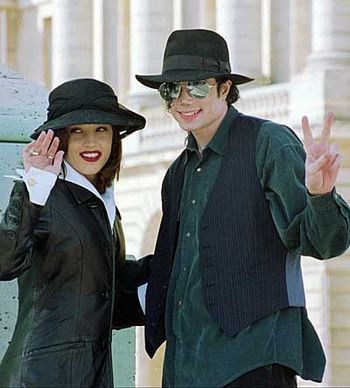 Now we know this is going back super old school, but Ernest Borgnine and Ethel Merman used to be super, super famous. She was a world renowned singer, and he was an Academy Award winning actor. And, at one point, the two got married in what was both one of the biggest celebrity marriages at the time as well as – how should we put this – one of the most “they both must have a good personality” marriages of all-time. They were not exactly attractive people, is what we are saying.

And, naturally, the marriage lasted only 32 days, making it truly a forerunner of today’s ill-fated celebrity marriages. Borgnine has since said that it was Merman’s jealousy of Borgnine’s fame that did them in, saying that when they traveled abroad, everyone immediately recognized the actor but very few people recognized Merman. Borgnine was famously honest and candid, so we are going to take him at his word. We are just going to point out that there were rumors he famously gave her nightly Dutch ovens, which we’re guessing was the real reason she decided enough was enough. 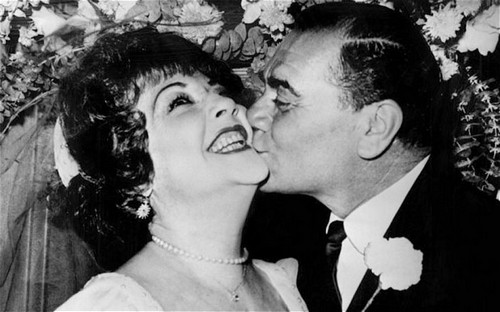 Now here is one of those marriages that stretches the credibility of what it means to be a “celebrity” as much as what the whole “sanctity of marriage” really means. Kim Kardashian is one of the most famous women in the world, despite having no discernible talent of any kind other than having a huge – and we mean positively freaking massive – arse. Still, she has starred in reality shows and is a tabloid fixture, largely because her mother pimps her and her siblings out to the paparazzi at every possible opportunity, and she had a sex tape, which is basically the only reason anyone discovered who he was in the first place.

Kris Humphries, on the other hand, is a slightly above average basketball player in the NBA. He is someone who actually possesses an elite skillset, one that few people in the world possess, but compared to Kim he’s chopped liver. The two started a tabloid “romance” and staged a multimillion dollar wedding, all of which took place on television of course, and were divorced within 72 days. Her publicists tried to imply Kris was mentally abusive, but we all know he probably just wasn’t as good for TV ratings as they had hoped. Which, of course, is why she’s shacking up with Kanye West these days. 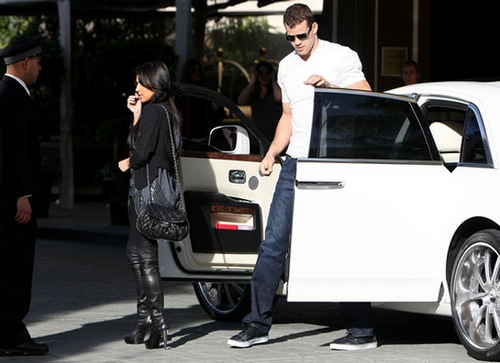