Home Crimes 5 Criminals Who Messed With the Wrong People

Criminals range in intelligence from big-time super geniuses to small-time crooks who can‘t tie their shoes without falling into a volcano. Karma is well aware of the latter group and punishes such individuals accordingly. The following five stories are shining examples of justice served at a cosmic level. When it comes to choosing victims, these criminals had the same amount of luck as Paris Hilton’s gynecologist the day the AC was broken and the office was fresh out of latex gloves. 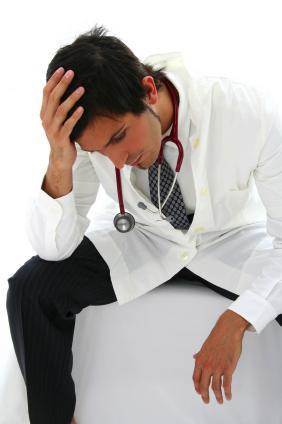 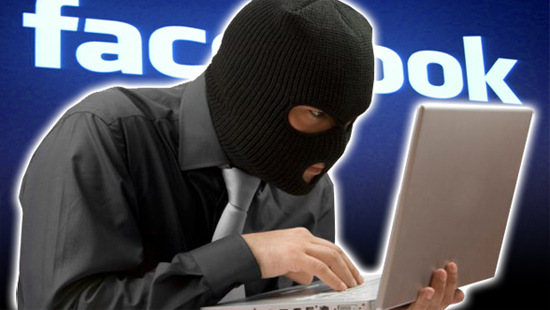 Most of us check our Facebook as often as a person with OCD triple checks that they locked the door or masturbated into the fish tank. Joyce Bary was not one of those compulsive Facebookers. In fact, she only signed up with the social network site because friends annoyed her into it. Joyce’s lack of Facebook time made her a seemingly perfect target for a scammer who stole her password and hacked into her account. The scammer’s intent was to rip-off whoever he could from Joyce’s friend list via a convenient sob story. The scam began with a mysterious message sent to Joyce’s friends that stated she was in London, had been robbed at gunpoint and needed $1,200 to get home. Despite being “robbed” fake Joyce still had the presence of mind to somehow log onto Facebook. Because in the hacker’s mind doing so in real life would be far more productive than simply going to the police or using a telephone to call home for help. 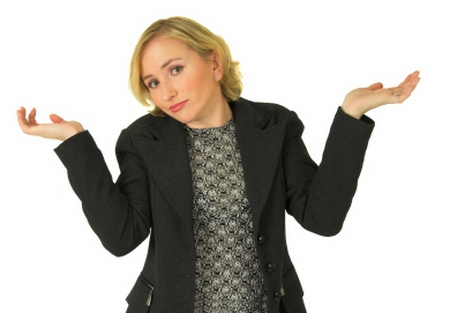 Fake Joyce was apparently a moron.

One of Joyce’s friends who received the suspicious Nigerian Prince-like message thought the random request for money seemed suspicious. Sensing a potential scam in progress the Facebook guardian of justice kept the person on the hook long enough to expose his ploy and allow local authorities to catch him. How did Joyce’s friend perform this cyber miracle you ask? He asked the scammer tons of questions which the real Joyce would have been able to answer assuming she wasn’t suddenly mentally handicapped. Joyce’s friend eventually asked where he could send the money (as if to tease him) and if Federal Express was acceptable. However, he was told to by the crook to send the dough by Western Union. The nail in the coffin for the hacker came when fake Joyce was asked if she was still employed at a made-up company. When the response was “yes”, the friend officially concluded it was all a silly scam. 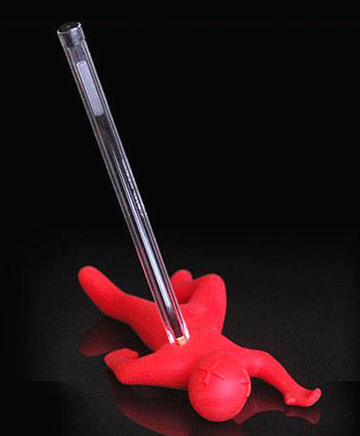 The following incident took place in Middletown, NY in 2007. On the day in question a 58-year-old woman was alone, praying and taking notes in her journal at the chapel of St. Joseph’s Church. Little did she know she was about to be forced into Charles Bronson mode. 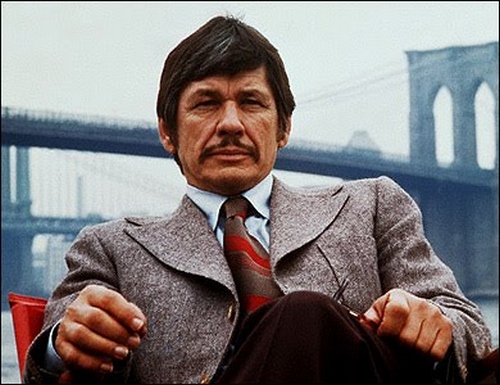 Scientists have proven there’s 5-10% Charles Bronson in all of us. We simply have to utilize the Bronson within when summoned to do so.

When it comes to low-lifes, this would be rapist who went cruising in a church for a victim ranks up there with the worst of them. The video posted below shows an “on and off homeless mental patient” enter the chapel and sit down. After a short period of time spent lurking about the man eventually proceeded to grope and attack the woman. However, the predator got the surprise of his life when the woman defended herself in the most awesome manner humanly possible. Remember that journal we mentioned the woman was writing in earlier? Well the woman wisely used her pen and stabbed the man repeatedly in his neck with it. We’ll repeat that since it was actually enjoyable to type. She stabbed him repeatedly… in the fucking neck… with her pen. Predictably the bloodied and defeated head-case ran off. Thankfully he was recorded by the church’s security cameras. The attacker was later arrested when an off-duty firefighter called the police after spotting him riding a bicycle and recognized him from local news coverage. The tip from the firefighter was apparently one of many police received after the video was broadcast. Folks in Middletown, and most any place on the planet, don’t exactly take kindly to lunatics who get their kicks attacking and raping women as they pray. 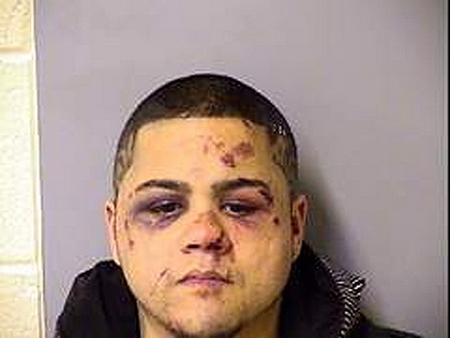 As you can imagine from the photo above, the following attempted robbery went over about as well as a drunken clown at a funeral. If you thought getting stabbed in the neck several times was bad then brace yourself. In December of 2011 in Southwest Chicago a would-be thief approached a parked vehicle and asked the driver for a light. Clearly the crook didn’t recognize the person he had sized up and proceeded to demand money at gun point. Shockingly the robber wasn’t content with actually getting the money. Nope, he decided to push his luck further and ordered the man out of his vehicle.

And here’s where the fun begins.

That request was likely the last thing the mugger recalls so we’ll fill in the rest. As it turns out the dude in the car was a mixed martial arts expert from Des Plaines. According to the MMA fighter himself, it was his “training,” not his brawn, which allowed him to wrestle away the loaded gun from the mugger and hold him until the police arrived. The predictably battered crook was taken to Holy Cross Hospital with his face in pieces, two black eyes and a gunshot wound. How did the mugger get shot you asked? Apparently at some point during his unintended facial annihilation he also managed to accidentally shoot himself in the ankle. What was left of the mugger was charged with armed robbery and aggravated discharge of a firearm. The MMA fighter likely just went home, scraped the robber’s face off his knuckles and went to bed. 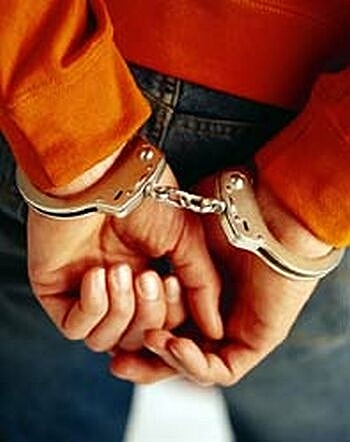 In October of 2011 in Williston, Florida a would-be robber proved that timing is everything in life. He also proved that really bad timing can lead to an immediate run-in with the law as well as an entry in a Weirdworm article. When a crook decided to snatch a money jar which contained a whopping $35.78 from the counter of a north Florida convenience store he probably should have made sure nobody was looking. In fact he should have checked directly behind him because that’s where an off-duty Marion County Sheriff’s deputy was standing the entire time. 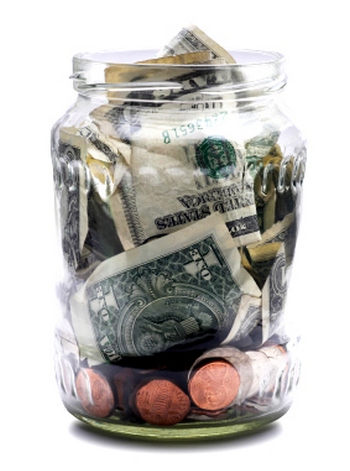 To be fair, that jar is pretty damn tempting.

According to the The Gainesville Sun, when the officer attempted to take the would-be thief into custody things quickly got out of hand. The petty jar snatcher decided as most crooks do that he simply wasn’t going down without a pointless fight. One ridiculous scuffle later and the two men ended up falling through a plate glass door. Eventually back-up arrived and the Williston police took the man into custody. Perhaps the worst part of this story is that the money in the jar was for charity sponsored recreational events for terminally ill children. The unobservant crook that clearly had beef with terminally ill kids was charged with robbery and felony battery on a law enforcement officer. Also, he didn’t get to keep the $35.78. 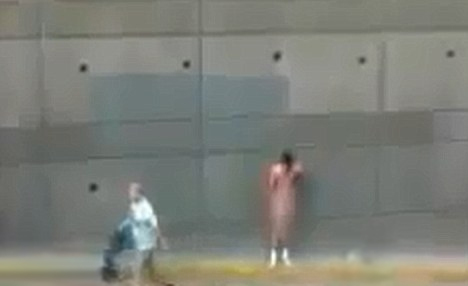 The one thing a purse snatcher may want to be wary of in Providencia, Chile is vigilante hordes. In November of 2011, in the capital of Santiago a would-be crook got the humiliation of a lifetime when he decided to grab the purse of an elderly woman. Clearly this action was not the brightest idea in the world, you know…considering the previously mentioned vigilante hordes. 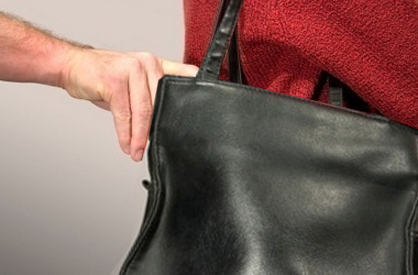 Wouldn’t it have been crazy if the purse contained $35.78?

The mob justice that followed may not be something you agree with, nevertheless it happened. Soon after the robbery the thief was chased down, pounced on by an angry crowd and stripped completely naked. Actually, they at least left him with his socks. To make matters worse for the humiliated criminal, nearby pedestrians cheered the entire spectacle as if it were a major sporting event. At one point the failed thief attempted to hitch a ride from passing cars but drivers likely only slowed down long enough to point and laugh. To be fair, very few of us tend to allow nude purse snatchers into our cars. Of course all of this was recorded on a fortuitously blurry cell phone. Eventually the police arrived and escorted the naked dude away as hundreds watched. Naturally they didn’t bother to offer him pants.

The exact opposite of a good day.