Home Home 5 Controversies Too Dumb to Be Outraged About

People love to be outraged; it’s a simple fact of life. Outrage makes us feel powerful, like we actually have something important to say, as opposed to what we usually say (the question to Final Jeopardy, which we’re often wrong about anyway.)

Sometimes, however, we pool our outrage into things that may initially seem controversial but, after a second glance, are just too asinine and pointless to truly care about. Consider this a guide to thinking things through before you go getting hot and bothered over.

These four alien-whatevers were very popular among extremely young children and extremely high adults for many years, despite rarely saying anything close to an actual word and almost never doing anything interesting. It was the kids’ show equivalent of waving car keys in front of a kitten while making chikachikachikachikachika sounds at it. You are now dumber for having looked at this picture.

So naturally, somebody had to go and make a big stink about it. In this case, it was Jerry Falwell, a televangelist who managed to find evil and sin in just about anything. And so it was with the Teletubbies. They all had different colored fur and a different symbol on their head; as far as the show was concerned, that’s just the way things were. After all, if they looked alike, how could parents be persuaded to buy four different dolls for their spoiled little tot?

Well, Falwell and his Religious Right followers felt differently; they felt the Teletubbies subliminally promoted homosexual values to babies. The main whipping boy was Tinky-Winky, a purple Teletubby with a triangle on his head and a purse that he just loved so very, very much. Falwell’s theory was that, since purple was the color of homosexual pride, triangles were the symbol of homosexual pride, and gay men just loved their purses, that Tinky-Winky must have been “a gay” and was subtly teaching kids that homosexuality is OK. 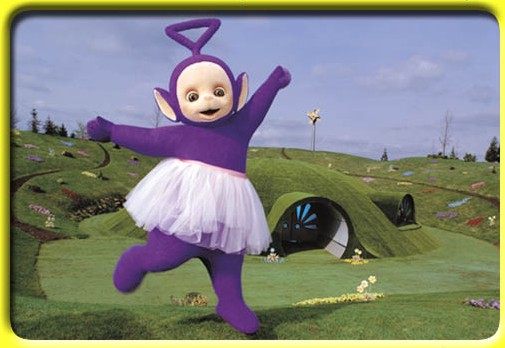 Falwell and company’s furor ultimately went nowhere, and it further spurned Falwell’s descent into irrelevancy and punch line status. He seemingly neglected the fact that babies wouldn’t be able to make such connections, due to being unfamiliar with the meaning behind purple, triangles, and other such symbols. They’re just another series of bright, happy objects for them to stare at. Also, they’re babies; they’re probably too busy laughing at a piece of lint on the living room floor to decide that going gay is the only way to go.

The Secret Diary Of Desmond Pfeiffer 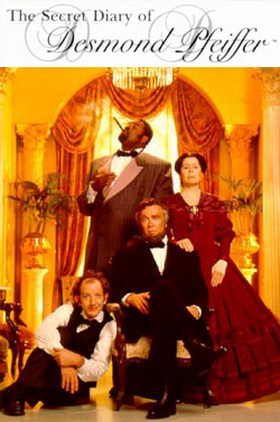 Who wants a light-hearted comedy about slavery and the Civil War? Not too many people, apparently. Back in 1998, Diary premiered on UPN, a tiny little TV station that wished so hard with all its might that it would one day become a real network. And really, with the one-two punch of Diary and its equally-cultured sister show, Homeboys In Outer Space, it’s a wonder that UPN ultimately went nowhere. 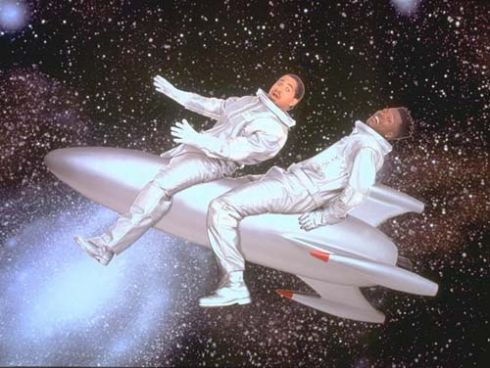 Diary came and went in exactly four episodes. Even before the first episode aired, there were protests and anger in all directions. The show had many jokes that seemingly made fun of slavery and acted like it really wasn’t a big deal. Some sample dialogue from the pilot:

Abraham Lincoln’s Chief Of Staff: The slaves haven’t been emancipated yet! Get your feet off the table, Pfeiffer!

Pfeiffer (an ex-slave turned White House butler): Sir, you may be chief of staff and my immediate superior, but I must remind you that we are both men, both human beings, both equals.”

Abraham Lincoln’s Chief Of Staff: Both equals? Hello! You’re in Americaaaaa!” Canned Laugh Track: Screw this; I’ve got better things to giggle at.

That exchange, far more than the slavery-was-kinda-meh premise, was the reason the show tanked. There was never any need for the outrage and the picketing that the show generated, because it was so badly written and the jokes were so hackneyed and uncreative that it was guaranteed to flop even if the protest groups had stayed home to research other things to get angry over.

If you dare, here are the first three minutes of the first episode.

If Christmas time rolls around and you completely forgot you have, say, a parent or a sibling, you can half-ass a gift in several different ways. You can buy a gift card, which is basically an invitation for them to go buy the damn thing themselves. You can buy them scratch tickets, which is basically buying them nothing unless they actually win, which makes you feel like the biggest moron in history. Or you can buy them a Chia Pet. You know, to be ironic. 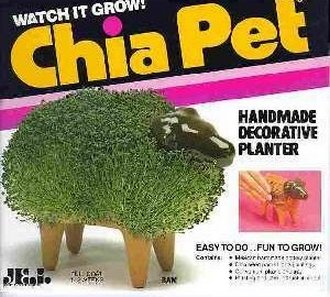 For the most part, Chias are innocuous toys designed for people who want to plant something, but would prefer it be something that they can just throw away after it inevitably gets neglected and dies. But recently, Chia released a series of Presidential Chias including our current Fearless leader, Barack Obama. 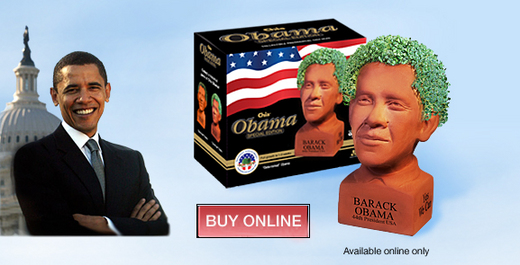 People were less than thrilled that Obama, a black man in case you hadn’t noticed, is depicted in his Chia has having nappy hair, a major no-no when depicting black people. There have been enough cries of racism that Walgreens pulled them from their stores, citing that they don’t send the kind of image that Walgreens endorses. They much prefer their current image: blue vests, minimum wage, dead-end career path.

Luckily for the insanely rich owner of the Chia company, CVS has agreed to sell the Obama Chias if for no other reason than to tell Walgreens, their chief competition, to suck it. Meanwhile, the Obama Chia has been selling like crazy, and it might go on to become the biggest-selling Chia in history. All because some people got angry over an afro-plant that might well have been ignored if there wasn’t any outrage against it.

Considering most people are only likely to buy a Chia-anything as a gag Christmas gift, there’s clearly nothing malicious at hand. If you get one as a joke and are truly offended, just plug in your new Clapper that somebody else got you to be funny, clap off the lights, and never look at Obama again.

Or return it for money. There’s that too.

Back in the late 90’s, when wrestling was huge and the WWE/F/G/H/I/J/K was at its most popular, it would constantly get flack from moral groups, contending it went too far with its raunchy product. Whether it was grown men pointing to their crotches for no reason, women getting hit with breakaway guitars, or the middle finger being flipped as less of an insult and more of a casual “howyadoin,” critics found no end to the list of things they could complain about. Probably the worst was Limp Bizkit as theme music, making them relevant years after their sell-by date.

Oftentimes, it seemed critics would pile on the complaints simply because it was wrestling and they didn’t like it. Even middle-tier wrestlers, the ones nobody dressed up as for Halloween, weren’t immune. Al Snow played a schizophrenic nutjob who wrote HELP ME backwards on his forehead and talked to a mannequin head because he had no other friends. It was basic, wholesome, children’s entertainment, like Bozo the Clown entertaining the kiddies by talking to his plastic air horn. 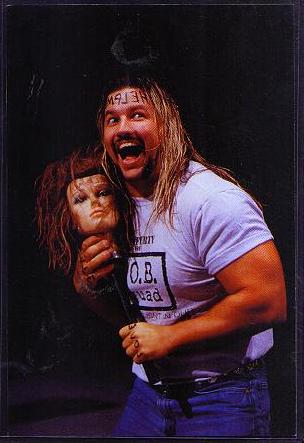 Al Snow and Head, about to lullaby his children to sleep.

But an editorial in an Atlanta newspaper got the controversy ball rolling, as an Al Snow action figure featuring the head had popped up in stores. This particular commenter was offended by this figure, deciding that the character was carrying around a severed woman’s head and that this was the WW-whatever’s attempt to glorify, and make light of, spousal abuse and murder. 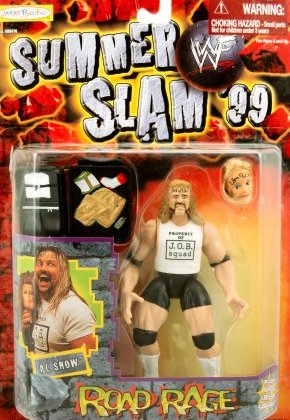 Not to mention leaving your socks and underwear everywhere. What a poor role model.

Never once did Al, or anybody else, ever imply that the Head was a severed head. It was always depicted as a mannequin. This didn’t stop Wal-Mart from rolling with the outrage and pulling the action figure. After all, it’s not like Wal-Mart needed the money. They’re Wal-Mart.

Naturally, the misconstrued anger prompted the action figure to sell out nationwide, making the WWX/Y/Z a lot of money, and has sold for as much as $20 on eBay. That doesn’t seem like much until you realize it’s all over a piece of plastic the size of your thumb-nail that your dog would probably end up eating in a day or so. But since one letter-writer in Georgia got to feel empowered for a while, it was probably all worth the fuss.

In one of the more extreme examples of outrage before thought, the Bonsai Kitten website caused people to absolutely crazy back in the early 2000’s. The idea behind the business was, give us money and we will send you a homemade kitten-in-a-box, using muscle relaxants and feeding tubes to shape the kitten perfectly. The site sold itself on depictions of adorable kittens stuffed into bottles, glasses, crystal balls, and other tiny prisons, all in the name of décor. 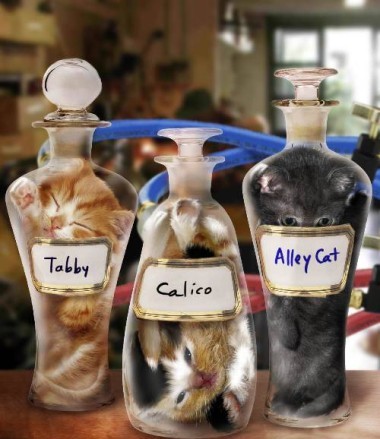 Not to mention providing a handy traveling case

One look at the sample pictures should have convinced anybody that this was a hoax. For one thing, Photoshop was rapidly becoming a powerful tool for all sorts of special effects. Also, there were conveniently no videos of the process or anything, only still pictures. In addition, the website offered no way to actually buy a Bonsai Kitten; since selling stuff is usually what makes a business successful, that was one severe oversight in their marketing plan. Finally, just look at the damn things. If you actually stuffed a living thing into a tiny box like so, they would die almost instantly on account of being mutilated. The kittens are clearly alive, wide-eyed, and sometimes smiling. At least as much as a cat can or will smile. 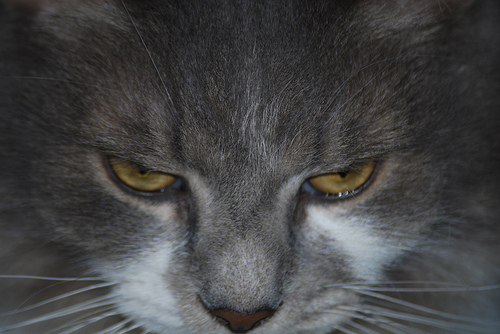 The site, set up by trolls at MIT who just kinda felt like angering kitten lovers, was played as straight as possible, creating the impression that it is a serious business for serious consumers. It was sold as an offshoot of Japanese bonsai plants, a legitimate art form that doesn’t provoke outrage because nobody cares about stuffing plants into bottles. Using the same methods, the site said, you could form a tiny kitten, whose “bones have not yet hardened and…are extremely soft and springy”, into the form of a glass case or bottle.

Did kitten-lovers go completely insane over this? Oh yes they did. The problem with writing satire is people, usually the wrong ones, will take it incredibly seriously if it’s written too well. Hate-mail poured in by the bucket-loads, and it got to the point where the FBI, who had apparently run out of actual murderers to catch and weren’t terribly interested in terrorism just yet, launched an investigation into the matter. They, of course, found nothing. Eventually, people took a step back, breathed a deep breath, realized it was all a joke, and then went on in search of other things to be needlessly angry about. People are good at that.