The old adage goes that you can’t make an omelet without cracking a few eggs, so we can further assume that you can’t progress an art form without pissing off a whole bunch of people.

Often times cited as the most influential film in history, Birth of a Nation is most certainly the most famous film of the silent era, if not the most successful. The film follows two families, one pro-North and the other pro-South, through the Civil War and Preconstruction era. Not only was the film an unprecedented box office smash (holding the record until the release of Gone With the Wind) but it was also a first for long-form films, clocking in at just over three hours in length.

The film, however, is controversial for the stance it takes on the Ku Klux Klan, portraying their actions as justified while insisting that African American’s can’t be integrated into white society. The film’s black characters (all portrayed by White actors) are base and violent with the KKK serving as heroes. 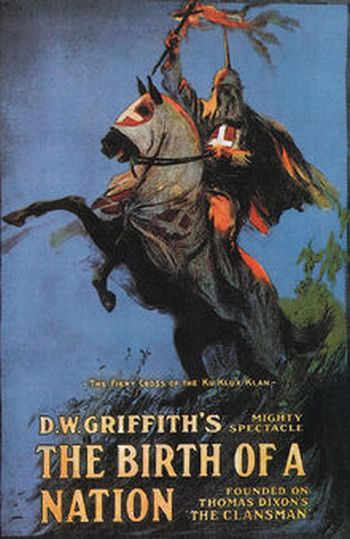 Hard to imagine this poster hanging on too many dorm room walls.

And this isn’t just a modern view of the film we’re talking about, either. Several major cities rioted when the film debuted. Protests were just as widespread. But the real kicker with Birth of a Nation is that it was partially responsible for the revival of the Ku Klux Klan, who had largely subsided before it was released. That’s probably a blurb you want to keep off the VHS slip case, we think.

So Birth of a Nation is a double-edged sword: it’s loved for what it did for the medium and it’s preservation of American history and hated for the perspective it has on said history. Coincidentally, that brings us to our next number…

We’ll jump right in with this one and tell you up front that this was a film commissioned by Adolf Hitler himself. If that’s not the cinematic kiss of death then we don’t know what is. 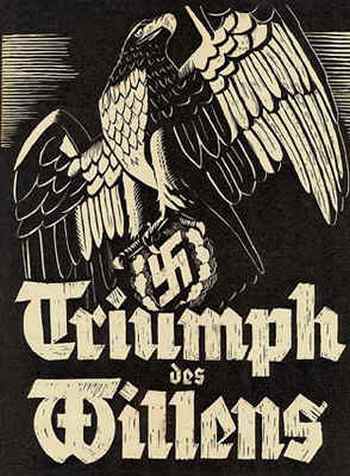 How many thumbs-up for this one, Ebert?

To make things even more Hitlery, this isn’t just a film – it’s a documentary. Specifically, it’s an account of the 1934 Nuremburg Nazi Congress. It follows four days of rallies and speeches made by Nazi big-wigs (Hitler included) and it’s all genuine without scripting events (it does, however, follow a structure similar to other Nazi films). Sixty hours of footage was shot and edited down to two.

The impact of the film was staggering. It was essentially a propaganda film that didn’t follow any of the usual propaganda tricks. Rather than demonize an enemy with on screen violence the film blends religious imagery, sweeping shots and Hitler’s own words to try and sway the audience’s opinion. Documentary film makers still praise its techniques to this day.

And that would be well and good if it weren’t about the glorification of Nazis. Few other films present the question of morality in art quite like Triumph. Is it possible (or even right) to admire the film for its technical aspects considering the subject matter?

Freaks follows the lives of sideshow performers Hans the midget, Cleopatra the trapeze artist and their merry band of freaks and normals. Cleopatra asks to marry Hans, though she’s only in it for his inheritance and secretly loves her partner and non-tiny person Hercules. The freaks accept her for who she is but in a drunken rage she spills the beans about her and Hercules. She’s later overhead discussing the murder plot with Herc (apparently the two of them had never heard of subtlety or indoor voices), and the film concludes with one of the greatest revenge-circus stories ever told.

Freaks was notable for using actual sideshow performers as actors, a decision that some claim classify it as the first exploitation. It was a move that hadn’t before been made in American cinema but would be several times down the road.

But no one really went for it at the time. The movie didn’t turn much in the way of profit during its initial release. Audiences we reportedly revolted by the physically deformed characters despite them very clearly being the heroes of the story. The backlash was so bad that the film was banned in the UK for thirty years. Meanwhile, it nearly ended the career of director Tod Browning. To put that into perspective, he’s the guy responsible for Bela Lugosi’s iconic portrayal of Dracula. Yeah, he couldn’t find work.

Song of the South

Walt Disney’s adaptation of the Uncle Remus stories was the first major Disney film to mix live action with animation. The live action segments were used as a framing device for the animated segments that made up the core of the story. This was (and still is) one of Disney’s most ground breaking films, so naturally it’s the one surrounded in the most controversy. 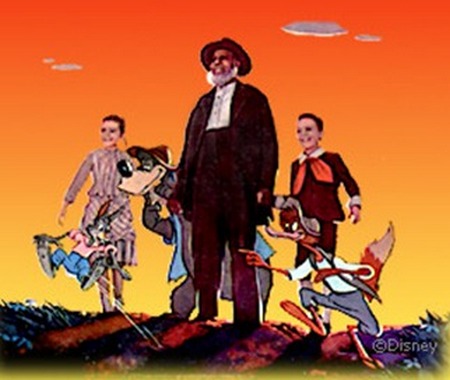 The film’s major stigma is based on the misconception that it portrays slavery while sugar coating the issue as a major human rights violation. It’s possible that Disney assumed his audience would be familiar enough with the source material to make this a non-issue (the original stories are all set after the Civil War). This, however, would not be the case, as the NAACP released a statement condemning the portrayal of slavery in the film. Notably the complaint was made without having seen the movie, basing it on ill-informed memos instead. This website does a solid job of collecting the various complaints about the film. Song of the South hasn’t been released in the US on VHS or DVD as a result of these perceptions.

While the film was successful enough to warrant several theatrical runs, a major complaint among critics was the use of actual actors in a Disney film. They feared it was a sign of changing direction and that they would soon lose the charm of movies like Snow White and Sleeping Beauty.

Has a single film done more to both benefit and ruin the horror genre than Cannibal Holocaust? The focus of the film is the discovery of footage left behind by a documentary team filming two cannibal tribes in the Amazon. Over the course of the footage the crew is systematically killed until there is no one left. 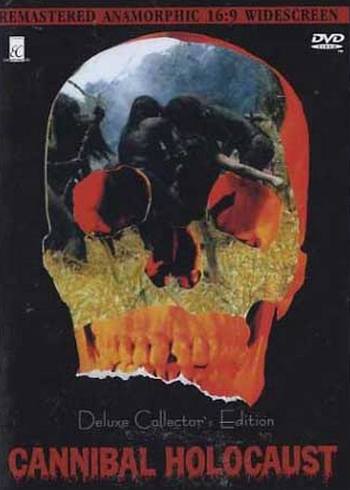 Indeed, the feel-good story of the summer.

If that premise sounds familiar that’s because Cannibal Holocaust popularized the found film genre of movies (such as Blair Witch Project). While not the first film to use found footage as a plot device, it was the first to go through great lengths to make the footage appear as genuine as possible and with a horror twist. The actors involved signed a contract to remain out of films for a year to maintain the illusion that they really were dead (which was only broken when the director went to trial for murder). The animal slaughter in the film is all genuine, and the final act of the film “The Road to Hell” is comprised of genuine execution footage.

The film also helped to popularize “snuff” films, or movies that contend to show genuine footage of death. While the film is still highly popular and respected among horror buffs, most of the people involved regret ever making it, including the director.