As a society, we all love us some celebrities, even though we might not always admit it. Popular culture is so ingrained in our everyday lives that we often forget that these celebrities are actual people, too, who have had plenty of interesting life experiences of their own. Unless you’re talking about someone like Spencer Pratt of course, because seriously, screw that guy. But in any event, just like so many other people, celebrities have served their countries in the military. Just about everyone knows that Jimmy Stewart and Ted Williams fought courageously in World War II, but did you know that Ice T, MC Hammer and Johnny Carson all served in the military as well? And that’s just the tip of the iceberg…

Yes, we are indeed talking about tiny little Dr. Ruth Westheimer, the sex crazed therapist who likes to talk about dongs and sexual positions and has made quite a career out of making people feel totally uncomfortable. Of course there was a time when she made other people feel uncomfortable in a much different way. You know, like by sniping them. Yeah, you read that right. Dr. Ruth was a freaking sniper in her youth.

In 1939, Dr. Ruth’s father, an Orthodox Jew in Germany, was taken by the Nazis and she was sent to Switzerland to escape the Holocaust. By age 16 she was an orphan, and the diminutive future sex doctor made her way to Israel and joined an underground Jewish military organization called Haganah, where she was trained as a sniper. While she never got the chance to kill any Nazis, she still boasts to this day that she was also adept at throwing hand grenades and can still load a Sten automatic rifle “in a single minute, blindfolded.” She can probably also pop a condom on the barrel in five seconds flat. Now, a lot of our readers might not remember Eddie Albert by name alone. After all, he rose to fame several decades ago as an actor. Seriously, he was one of the first television stars in history, first appearing on screen in 1936. However, we bet if we asked you to sing the Green Acres theme song you could do it without hesitation. Now if you know that theme song, you know Eddie Albert. He was the guy who dragged Zsa Zsa Gabor out to the fresh air and subjected those poor country people to her obnoxiousness for six television seasons.

But in addition to being one of the earliest television stars in history, Eddie Albert was also a freaking war hero. Even before he joined the military, he toured Mexico as a clown in a circus, all the while secretly photographing German U-Boats for US Army Intelligence. Yes, the guy from Green Acres was a goddamn spy. But that’s not all. Later, he joined the Navy and won the Bronze Star after he rescued 47 Marines while under heavy machine gun fire. We think that after that, he deserves all the fresh air he wants, Zsa Zsa’s complaints be damned. 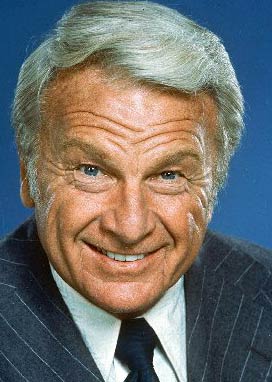 Charles Durning is another actor some of our readers might not immediately recognize by name, but you sure as hell have seen him in countless movies over the years. He’s been in such classics as The Sting, Dog Day Afternoon, The Muppet Movie, Tootsie, The Best Little Whorehouse in Texas (for which he earned an Oscar nomination) and recently had an Emmy nominated role in the show Rescue Me. And he also won a Silver Star and three – count them, three – Purple Hearts in World War II.

After being drafted at the age of 21, he served as a rifleman and in artillery and took part in the D-Day Invasion of Normandy. He was one of the first troops to land at Omaha Beach, and after surviving that incredible invasion he was first injured nine days later by a German mine. Despite a pantload of lingering injuries, including shrapnel in his thighs, hand, chest and, oh yeah, his freaking head, he got back into action in December of that same year, just in time to fight in the Battle of the Bulge, where he was wounded again. The bottom line is that apparently, Charles Durning is indestructible, or at least more shrapnel than man.

Now here’s someone we know you’ll recognize, either from his terrible talk show, those awful recent commercials he’s been making telling people to get a payday loan or simply because he looks like the black version of Mr. Clean. But you probably didn’t know that when he was 18, Williams started a military career that led to his earning the rank of Lieutenant Commander, working for the NSA and earning a buttload of awards, including a Navy Achievement Medal, two Navy Commendation Medals and two Meritorious Service Medals.

Initially enlisting with the Marines in 1974, Williams was hand picked for the Naval Academy Preparatory School and later enrolled at the Naval Academy, from which he graduated in 1980. He became a cryptology officer and later worked as a Crypto Analyst for the NSA and later on a nuclear submarine. For those playing at home, that means that at one point the guy doing paternity test episodes on a crappy daytime talk show used to be a freaking code breaker. Man, if that guy can’t discern who the father of your baby is, you’re pretty much screwed. 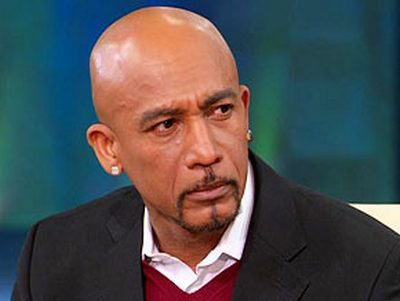 While Ed McMahon passed away in 2009, we’re going to go ahead and assume that everyone who is reading this knows who he is based on the Publisher’s Clearing House and bad impressions people do of him alone. But for those still unfamiliar, he was also Johnny Carson’s sidekick on the Tonight Show and hosted Star Search when it was actually still a thing. You know, back before they decided to rename it America’s Got Talent and try to pass it off as something new and fresh.

Oh, and Ed McMahon was also a Marine fighter pilot, a flight instructor and a test pilot. Basically what we’re saying here is that the dude who would later get paid to laugh at Johnny Carson’s jokes and hand out big fake checks to unsuspecting people is also a guy who made the guys in Top Gun look like amateurs. Over the course of his service, McMahon flew 85 missions and earned six Air Medals, retiring in 1966 with the rank of Colonel. Later on in his life, the California National Guard commissioned him to the rank of Brigadier General. Top that, Piers Morgan. 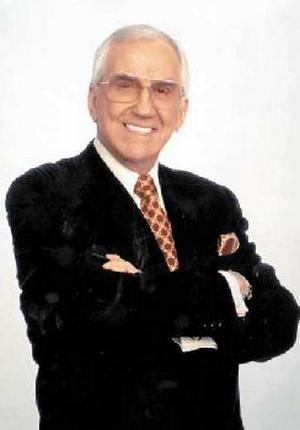