Positional asphyxia in adults is a rare death. More common in infants it involves finding yourself in a position where your nose and mouth are covered, your larynx is blocked from the outside, or you can’t draw breathe into your lungs. People have been found dead behind couches, crawlspaces, trapped inside folding beds, in the hollow of trees, under heavy exercise equipment, and trapped behind a wall of other people. The cause of death is technically being crushed or damage to the body in any way except the person couldn’t draw in enough air to live.

1. Upside down is faster

Crucifixion was a prolonged, cruel ritualized death that has been popular on and off with many governments who wanted to appear very, very tough on crime. The Romans were specialists in not only torturing their victims, but in making them suffer for the maximum amount of time. Crucifixion was meant not only to kill the condemned, but as a public spectacle of humiliation. This wasn’t really meant to deter crime so much as to keep the whole of the populace under control as the Romans only used this type of execution on conquered peoples. This type of punishment was almost never carried on Roman citizen who were always granted more dignified deaths.

While it has been theorized that most crucifixion caused death by positional asphyxiation this has been disputed. Death by crucifixion could take hours or days. The actual cause of death varied depending on how exactly the executions carried out the method. If the execution included using a whip on the condemned then death than this along with the spikes being driven into the wrist and feet could cause hypvolemic shock or sepsis, but the most common cause was the eventual dehydration.

For St. Peter through the death might have been faster because of his own choice. According to Catholic Encyclopedia St. Peter was martyred in Rome after requesting to be crucified upside down since he didn’t feel he deserved to be martyred the same way as Jesus. His desire to suffer might have backfired as this position when actually have hastened his death by positional suffocation. Positional asphyxia is still a cause of death for people in custody in modern-day police departments only in less dramatic circumstances than during Roman times. This type of death usually happens when a handcuffed drunk or person similarly incapacitated individual is left in police vehicle or cell alone. The victim falls or rolls into a spot where the chest or neck is compressed and either can’t free themselves or is too impaired to try. It’s something to think about before hitting the bar and insulting that big burly cop with the bright shiny handcuffs. 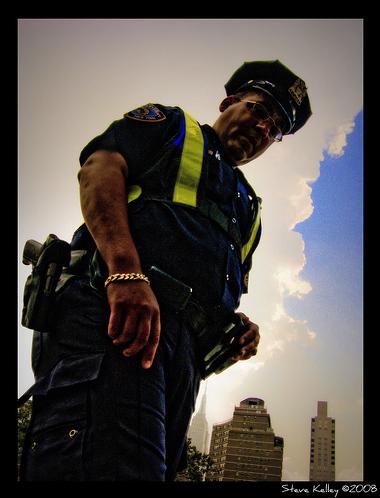 A bizarre kid’s pastime known as the ‘fainting game’ involves a strange way to get high. The young person either tries to manually strangle him or herself or deliberately hanging upside so not only does blood rush to the head, they eventually become dizzy as in this position breathing becomes difficult. The high they are experiencing is of course near loss of consciousness and for some of them who don’t or can’t pull themselves up in time, there is a loss of consciousness. If they are found in time then their parents are left to make a tragic and bizarre discovery when they find their child hanging upside down from a bed or in a closet. 5. Only the bats can do that

David Blaine the magician and escape artist did it for weeks and doctors aren’t sure how he did. During a stunt in the fall of 2008 he hung upside down for 2 ½ days. To prepare for this test of endurance he lost weight, but doctors were still very concerned for the showman since the position put too much weight on the lungs and stress on the cardiovascular system.

It is a death that more than one cave explorer has literally fallen prey to as in the tragic case of John Jones of Stansbury Park, who died this November after becoming stuck in tight and tiny section of rock 150 below the surface in a Utah County cave. While rescuers rushed to the Nutty Putty cavern, they knew it was a race against time they were more than likely to lose as Jones was stuck in an almost straight up and down position that made breathing near impossible for the 26 year old. The position might also have caused swelling in the brain as his blood collected there. The cavern where the young man died has since been closed to the public until further notice. Becoming trapped as Jones did or falls down steep inclines account for most deaths among those who enjoy exploring caves.

If you’re claustrophobic then positional asphyxia would not be your preferred method of death and almost all such deaths are strange. Most of these victims who were not deliberately murdered are found in their bizarre positions with the peace and stillness of death masking the horror of their last moments as struggled for the breath of life.