It has been found that family game nights are a way of bonding and it will help with learning and social skills as a teenager in your child. Games can teach all kinds of skills, such as math, reading, socialization, bonding, how to handle money, as well as many other skills. It just depends on the board game you choose to play with your kids. If you are a busy professional that barely sees their child throughout the week, then take some time on the weekend and set up a few hours of time to play a board game and spend some time with your kids. There are plenty of games to choose from, but then there are those bizarre board games that can be a little different.

1. The Mansion of Happiness

The Mansion of Happiness is a Christian inspired board game. It was developed in 1843, by the daughter of a clergyman. The concept of this game was to make it to the Mansion of Happiness through sixty different spaces on the board. Each space was either a virtue or a vice. The virtue would advance you toward the mansion, whereas the vice would force you away from it. 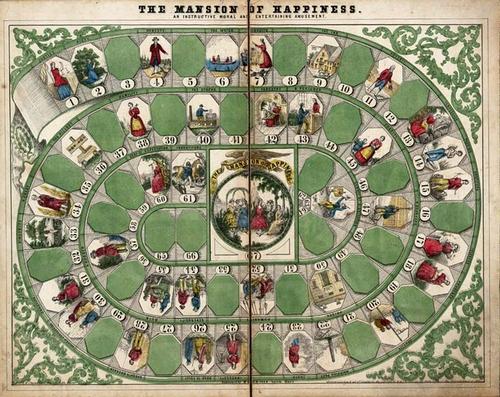 2. The Checkered Game of Life

This was one of the first Milton Bradley games available during the Civil War period. The players used a spinner to advance their tokens to the next space. Everyone started as infancy and worked their way to old age. The text and pointing finger told the players which way to go. IF you were to land on a suicide square, then you were out of the game. 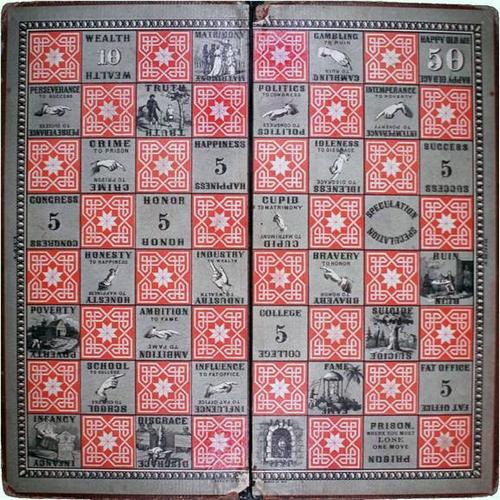 In 1885, writer Mark Twain decided to try his hand at making a board game. He felt that school children only really remembered two dates and his game would help to make better memorization possible. The game focused mainly on European Royalty and Mark Twain’s life and career. It was divided into four different sections using a timeline structure.

This game was developed by Dr. Ruth Westheimer. Now, it is not intended for kids to play, but it is available for couples to play to enhance their intimacy. The premise is to move your tokens around the board and make visits to Dr. Ruth’s clinics and answer questions about each other. This game has her witty banter and insight to what a couple’s relationship should be like.

5. Is the Pope Catholic

This game was developed in 1986 by two Boston entrepreneurs. The object of the game is to become the Pope. It is a humorous game of knowledge on the Catholic doctrine. You have to complete six decade rosary in order to make it completion. Two parts of the game include nipping at the holy wine and squandering the church’s money on candy. 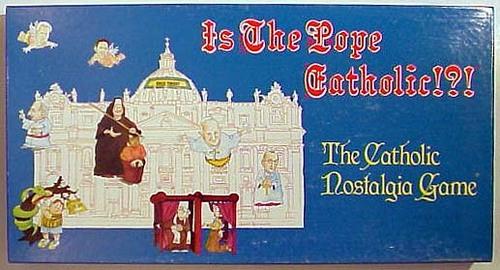 With the advertisements of family game night, playing games with the family can be humorous and fun. Although, these games may not be the family fun you were looking for they can still be fun when played with friends.