Ask any biohacker which are the best nootropics and you will get mixed answers. Cognitive enhancers are getting more and more popular these days. Due to their popularity, more and more supplements are getting into the free market that focuses on various things.

There is a nootropic for each different category, and we are going to try and bring forth the best ones.

Acetyl-L-Carnitine, ALCAR for short, is a nootropic that focuses on the transport of fatty acids into the mitochondria. It effectively fuels your power cells and it leads to a boost in both physical and mental energy. ALCAR is also necessary for acetylcholine, which boosts memory, mental awareness, and fluid thought. This nootropic is also a powerful antioxidant. Its antioxidant properties can provide neuroprotective qualities, boost BDNF, and also help with cerebral blood circulation.

Regarded as one of the best nootropics available on the free market, Aniracetam is frequently used by biohackers for reducing anxiety, depression, fear, and improve socializing. However, you would be surprised how much more it can do for you.

Namely, this nootropic is used to repair damaged cell membranes by desensitizing the glutamate receptors. This results in a neural boost in the form of focus and concentration.

Through the release of acetylcholine in the brain, Aniracetam improves memory and recall.

According to brainsparkler.com, Bacopa Monnieri is the best nootropic for studying. It’s mostly used by students at Universities; Bacopa Monnieri has a couple of benefits. Apart from being excellent for memory, it can also have positive effects on treating anxiety. This nootropic doesn’t cause memory loss, quite the contrary, it boosts cognition.

A study conducted in Oregon found that taking 300 mg of Bacopa Monnieri per day for 12 weeks resulted in the following:

– Improved focus for learning and studying

– Lowers anxiety and chance of a heart attack

Regarded as the king of multitaskers, CDP-Choline is a nootropic that you must include in your daily usage. Particularly, CDP-Choline focuses on cognition and brain function, improves focus, keeps you motivated, and reduces fatigue, stress, and anxiety.

Key ingredients of this nootropic are dopamine and acetylcholine. Both neurotransmitters are excellent with learning, memory, and repair or damaged brain cells.

Choline, a major component of this nootropic, is so important to us that without it we cannot move, think, sleep, or even remember anything. The importance of Choline to cognition cannot be overstated. One way to provide your body and brain with the much-needed Choline is by taking CDP-Choline nootropic.

A very famous nootropic, DHA is short for docosahexaenoic acid. This acid is essentially an omega-3 fatty acid, which is crucial for the healthy structure of our brains. Since your brain is made out of 60% fat, a majority of that fat is in fact DHA.

This nootropic can help you with learning, memory, and act as an anti-inflammatory by reducing the COX-2 enzyme.

DHA can help you with depression, anxiety, and memory and ability loss, as well as, energy and motivation. 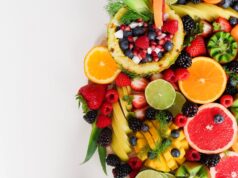 Nootropic Tips for Beginners – All You need to Know 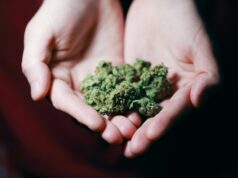