In recent years, there is a big interest in trading with cryptocurrencies. A lot of people are interested in investing in the crypto market because everyone sees this kind of currency as something that all off the people will use in the future.

However, there are numerous cryptocurrencies on the market, and we are not sure are all of them so good for some investments, but for some of them, there are big expectations.

Many websites, like bitcointrader2.com, are specially made just for speculations and news about this digital money. Also, on these sites, you can trade with some of your crypto coins if you own some.

The main purpose of cryptocurrencies is to set some new trends in the world’s economy and replace the traditional way of payments with online methods. When you decide to buy some crypto, you have to be sure that it is accessible, that has a fast transfer, and that it is secure to buy it.

Also, there are much smaller fees from using this kind of payment, or no fees at all, in some cases.

Since there are thousands of cryptocurrencies on the market, we can’t be sure if all of them will have some bigger value in the future, or will they even exist.

However, the five most popular ones will keep their attractiveness for traders for the next year. If you are interested in investing in cryptocurrencies, it is important to follow all trends and speculations from the experts about the coins that you would like to buy.

If you manage to buy the right one, you could make some great profit from selling it next year, or whenever it rises in value.

Bitcoin is surely the most popular cryptocurrency on the market, and it will remain on top next year. The popularity of Bitcoin led to such an interest in investing in the crypto market.

Mostly because BTC had some big jumps in the value in recent years. The price for 1 BTC was around 10 dollars 10 years ago, while today its price is around 7,000 dollars. Also, in one moment in 2018, the price of 1 BTC was around 20,000 dollars, and everyone is waiting for it to reach that price again, and even more.

The year 2019 is very important for Bitcoin because this year there were fewer ups and downs in the value of this coin, which made it attractive to more investors because it seems more stable now.

Also, with current trends, and according to some speculations, the price of Bitcoin in 2020 will again reach 20,000 dollars, while some expect it to be even more.

The closest cryptocurrency to Bitcoin by its popularity is the Ethereum, which is also based on blockchain technology. The Ethereum represents a decentralized monetary unit with an open-source that also uses a network of people to mine it in a different way than the Bitcoin, with the use of tokens for miners.

The Ethereum inventor is Vitalik Buterin, and this coin was released on the market in 2015. It uses cross-platform and programs languages such as C++ and Rust for the development of blockchain.

The current value of Ethereum is around 150 dollars, but there are some speculations that this virtual coin could reach the price of Bitcoin in a few years. It would be a big surprise if Ethereum reaches the same value as Bitcoin next year, but it will most certainly grow in some percent.

Ripple is another cryptocurrency with a great potential to be massively used in the future, and replace the money that we are using today. This coin is made in the United States and represents an open-source blockchain with tokens similar to Ethereum.

The biggest advantage of using Ripple is that is an instant and secure way of paying, without any fee. The Ripple was released in 2012, and the programming language is C++. It is one of the biggest cryptos on the market, with a share of 73 billion dollars.

The price of Ripple is around 0.3 dollars but despite its small value, this coin is very popular because of some speculations that some big companies like Western Union, Visa, and MasterCard, will implement Ripple in their systems. Also, that would lead to a big rise in the value of this cryptocurrency.

The Litecoin is another open-source blockchain cryptocurrency that is completely decentralized and without any prime administration. The structure of this coin is almost the same as Bitcoin, but it has much faster transactions.

The current price of Litecoin is somewhere between 40 and 50 dollars, but with its security and complexity, it has a big potential to become even more popular in 2020. Also, it is expected that its price will also rise drastically. So, in that way, it seems like a good option to invest in Litecoin.

Litecoin is the biggest rival to Bitcoin, and it also has some big ups and downs in value, but many people who are experts in this field, suggest that it is smart to buy Litecoin currently, and wait for the next year when it is estimated that the price will be much higher than it is now.

NEO was first known as Antshares, and it represents another open-source blockchain with fast transactions. This cryptocurrency is one of the fastest because it can provide users with 10,000 trades in one second. There is a total of 100 million NEO coins made.

The cost of NEO coin is around 15 dollars, but it has the great potential to increase its value in 2020, mostly because Chinese officials are planning to invest a lot in this currency because they see it as a perfect way to digitize their monetary system.

A lot of experts are advising people to buy this crypto, and many of them expect it to be a lot expensive next year. 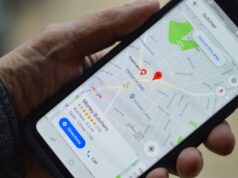 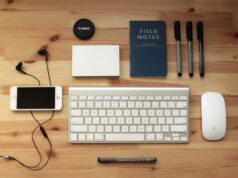 11 Modern Gadgets Every Working Professional Should Own in 2020 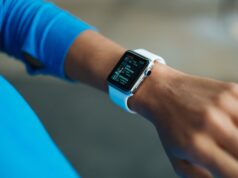 5 Ways of Using Technology to Protect Your Kids

Car Accidents: 4 Tips on How to Handle a Fender Bender...